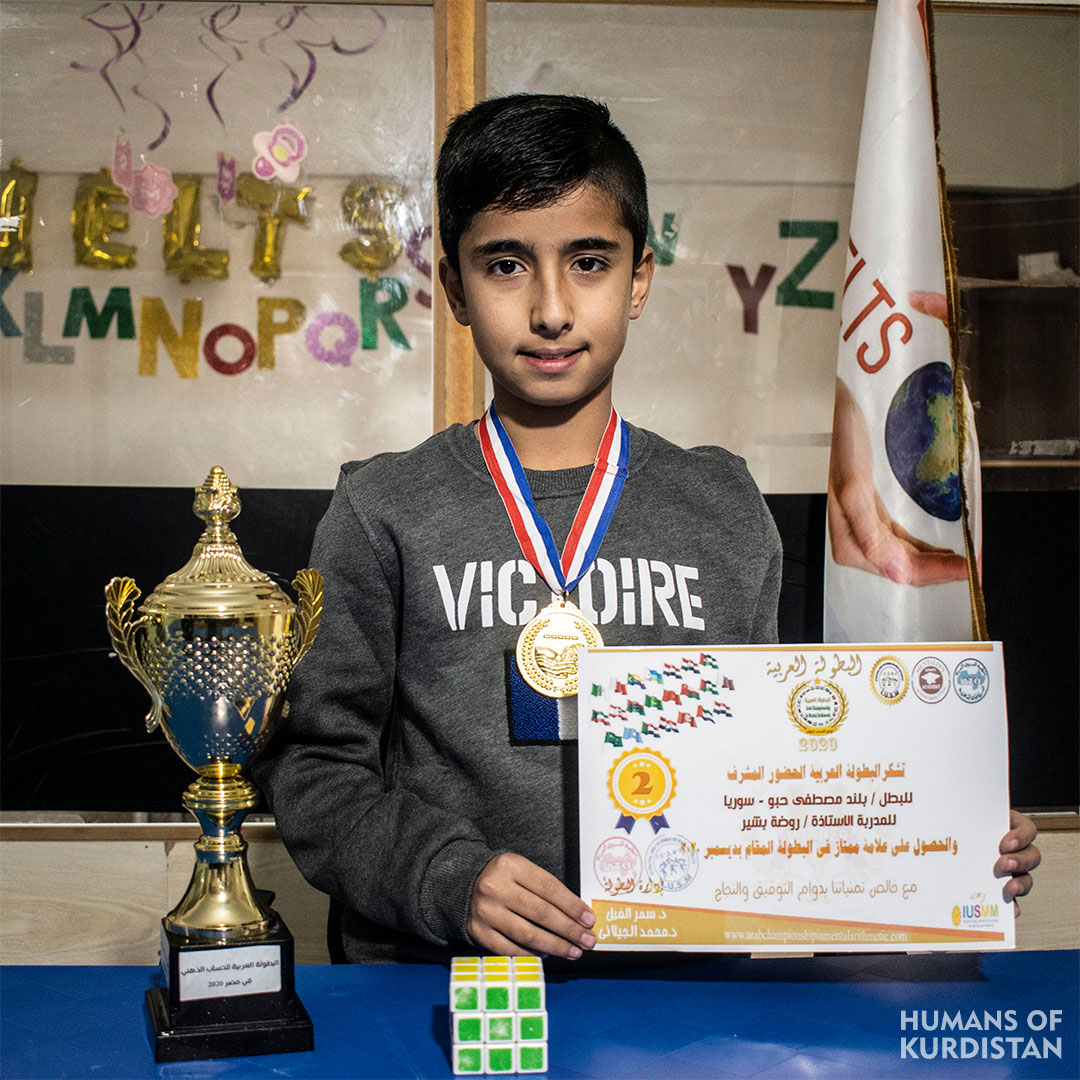 “I’m twelve years old, my father had studied economics and was a very good accountant. I had spent most of my childhood with him and watched him what he did. My father knew that I liked math, so he registered me into IELTS, which is an institution for learning English and mental math. My father and I were racing to solve equations, and he was faster at first, but I beat him after a while. After two years of training and studying, I participated in a mental math contest for Arabic countries that was organized in Egypt, I was supposed to go there, but couldn’t due to COVID19, and participated through the Internet. There were 46 groups in the contest from all the Arabic countries and Japan and Germany. I won the contest and was able to solve 100 equations on an abacus in less than 5 minutes. My life has changed after that contest, and now I want to participate in more international contests. Certainly, this is thanks to my father for his support for me, and my teacher (Rawdhah), as well as the institution”.