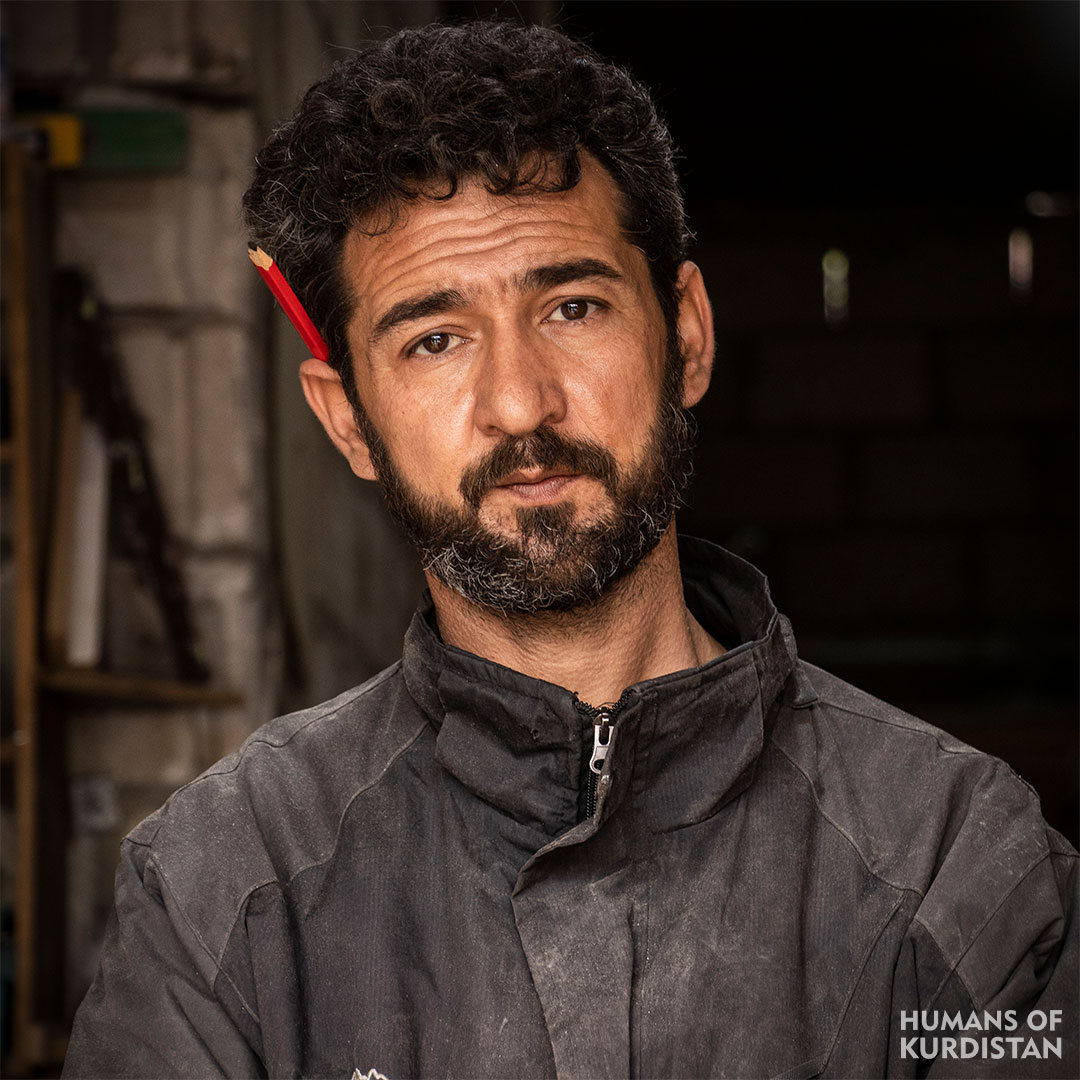 “Everyone has their own desires and passions, my passion is carpeting and creating decors with wood. I started making Violins, Oud, and Saz as well as cars and other toys on small scales from wood 22 years ago, using simple tools. I used to buy broomsticks, carve them and make shapes with them and then work out the details. I was making 13 Ouds with each broomstick, sometimes I was even making a human figure that could move. After a while I joined the army, and after two years of service I came back to my shop and continued working to further develop my skills and make a living for myself. I learned a lot and gained a lot of experience, but due to our bad financial situation I had to move to Lebanon and work there. I stayed in Lebanon for seven years and then moved to Turkey for work. However, I couldn’t succeed there so I moved to Iraq to work as a carpenter for a year, I then soon decided to go back home”.

“I bought several tools and started my work, but couldn’t continue due to the war and had to sell my tools to cover daily expenses. I now work for a friend of mine, he gave me a job as a payback for a favor because I taught him this job. I once visited a village and saw a tractor, I decided to make a wood model of it, it was difficult at first, but when I finished it I loved how it looked. Another time my kid asked me to make him a toy. I spent an entire day making it, and the finished product was amazing. When my son saw it, he decided that he won’t play with it, he will put it somewhere safe until he’s grown and he’ll showcase it in his house when he’s a grown up”.