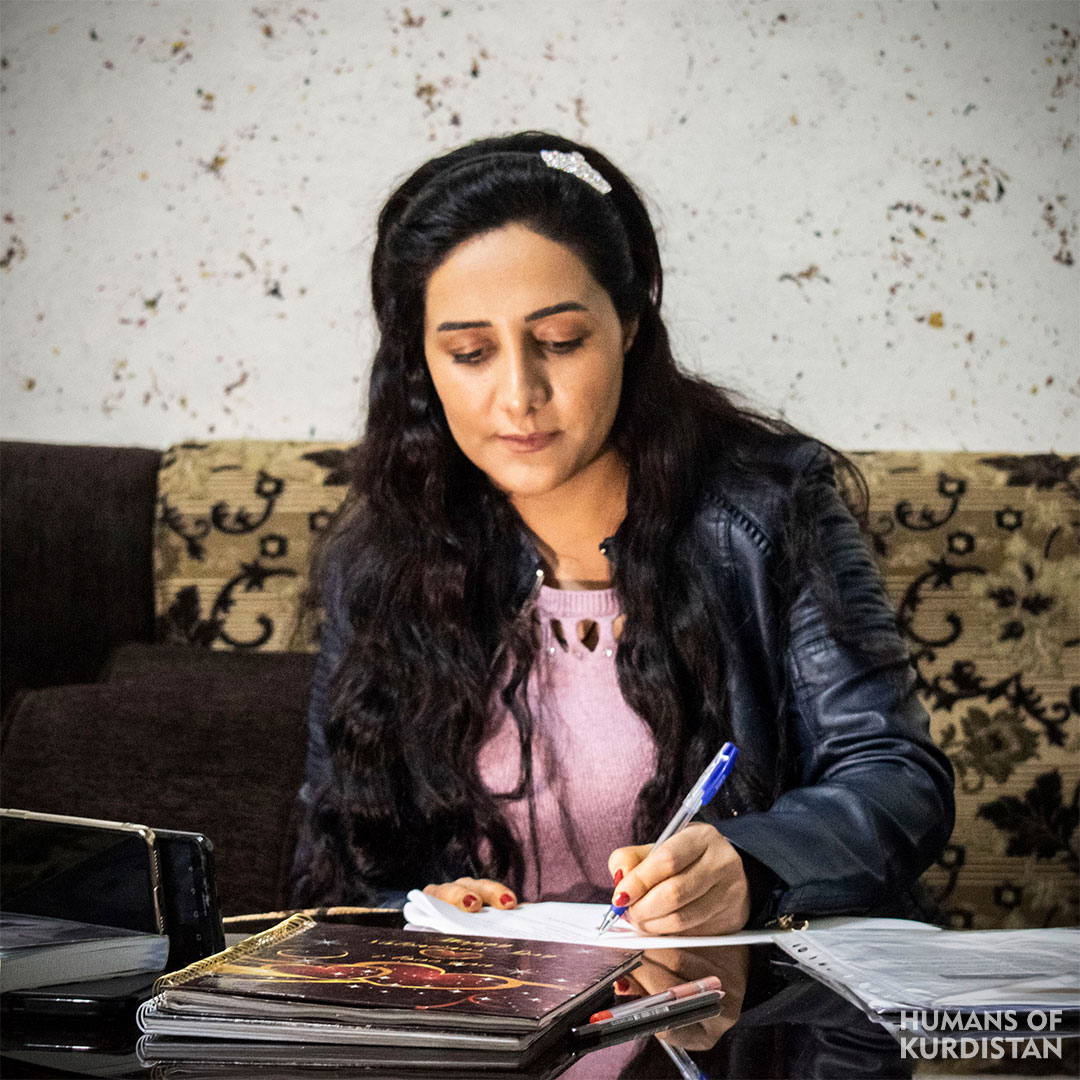 “I joined the army force that protects Rojava while I was still studying in institution, I then insisted to go to Afrin, back then Afrin was surrounded by the Turkish army forces and was about to be invaded. I was very happy to go there because I really like the people there. It was a bit difficult from the beginning because we have different dialects, but once I learned their dialect it became much easier. In the beginnings of 2018 Turkey started a military operation on Afrin, we faced their airstrikes with our basic weapons for 58 days. Many of my friends were killed right beside me, and many civilians as well due to Turkey’s random airstrikes. I was injured and I went back home, and I restarted my education because I had stopped when I went to fight in the war. I am now a student in Rojava university in Qamishli, and after graduation I would like to become an elementary school teacher because I want to teach children”.