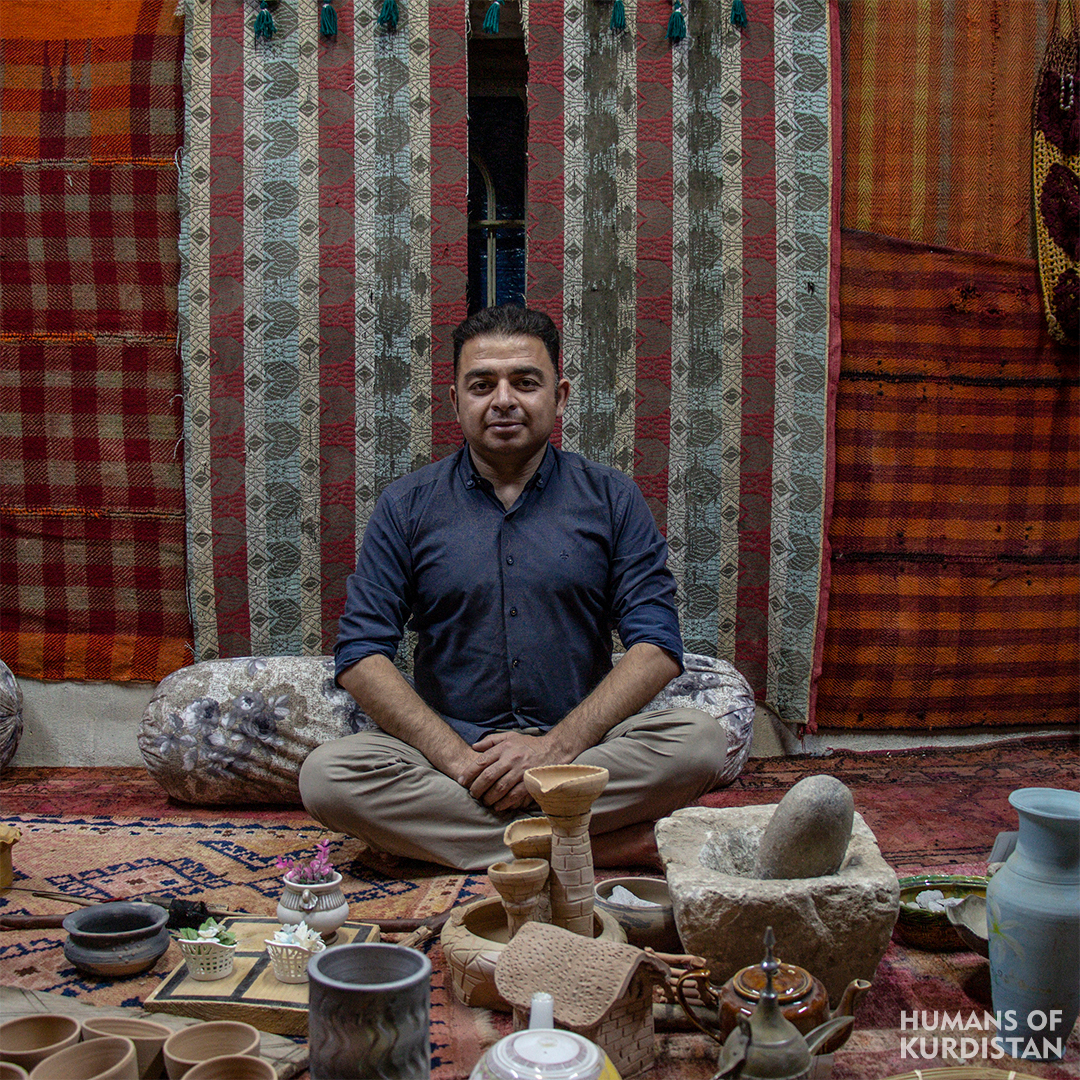 “I remember when I was a student in 8th grade at secondary school. At the time, we would study historical subjects and could perceive culture, relics, and historic topics reflect clearly, therefore it blended with my veins and body early on. I thought about collecting those items up until I completed high school. After I graduated from the institution, I returned to my village. I caught the sight of some remains, pots, and manuscripts written on stones in the area. To my dismay, today’s generation does not give significance to such matters and has demolished most of them. I recall there have been times where we would discover vessels filled with money from that era, a portion of it was sold, and a portion of it has been detained by affiliated parties. Afterward, some of my friends and I from the village contemplated to start collecting cultural and folkloric remains to rescue them from extinction”.

“In the beginning, we started from the village and collected various items. There were a lot of unique objects due to its’ early history; items that were utilized by our parents and grandparents. I would ask my father questions regularly and he would speak about those rural bygones. Things reached a stage where we received a few local television channels and arranged round tables and programs. I organized cultural and artefactual festivals in our village for two years in a row and acquainted my belongings with visitors and other people. Many people have shown praise and several others that have had ancient artifacts contacted me and brought them to me. One of my brothers offered me a house that currently has over (2000) cultural items and artifacts. This is a significant honor for me and it delights me to know that people still enjoy seeing these objects and equipment”.