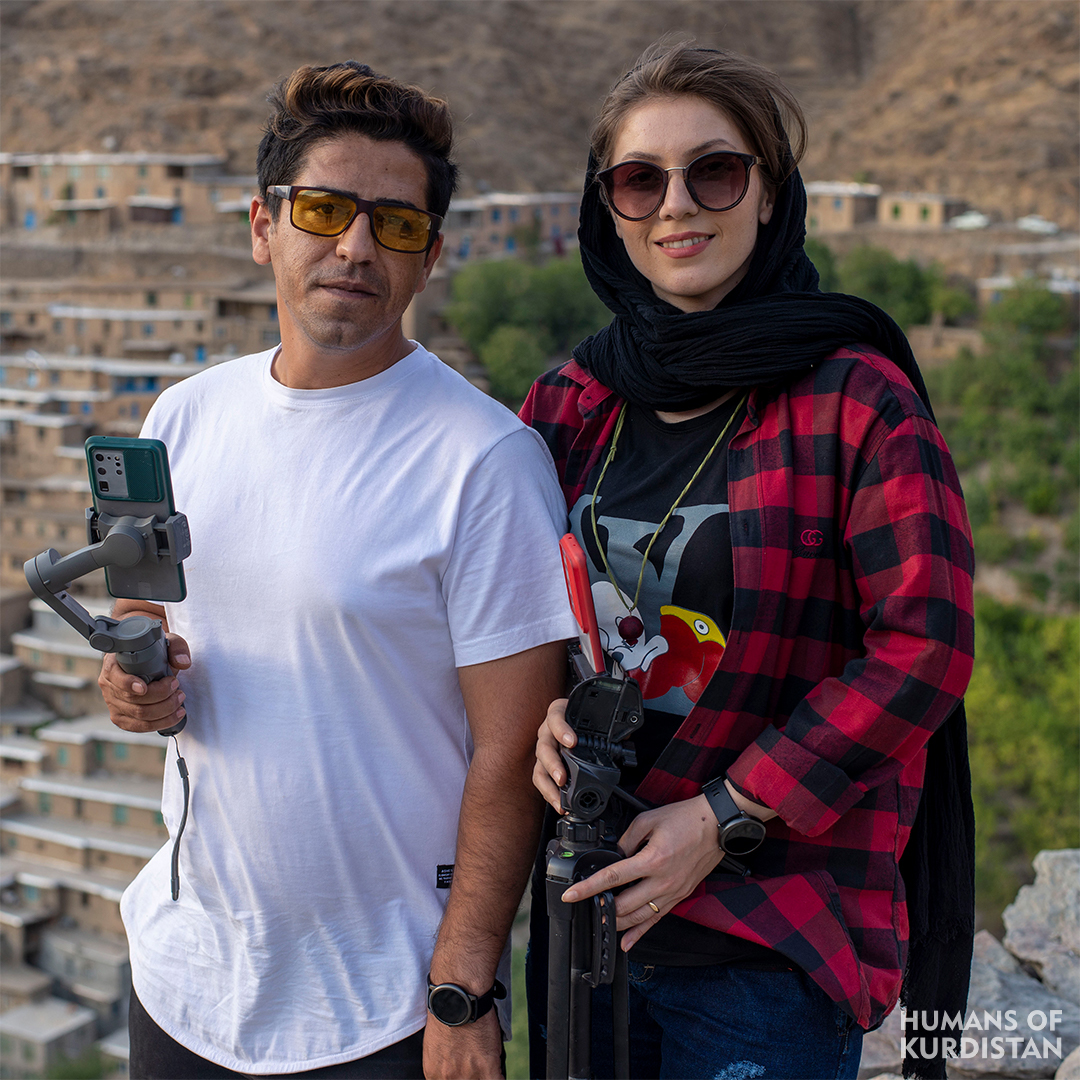 “We are spouses, we have studied the English language academically and our occupation is teaching the English language. We have always been concerned regarding the withering of our mother tongue (the Hawrami Language), which is unfortunately due to the lack of media; it has caused the speaker to forget the Hawrami language, which is our native tongue. Most of the time, we would observe that Hawrami children shy away from speaking because their Sorani dialect is not fluent. Last year, we wanted to initiate something different to revive the Hawrami language, in a form where the future children and youth are not self-conscious of being Hawrami, and are well aware of their language and culture through scientific methods and hold their heads high”.

“As the first two individuals who walk on this path, my wife, who holds a Master’s degree in linguistics and is a Hawrami native, publishes English – Hawrami videos through social media platforms (Instagram). For the second phase, we uploaded the villages and the resorts of Hawraman in English-Hawrami, in the form of a short documentary on Instagram about the residents of the villages, resorts, the construction, the differences between the villages in the aspects of language and behavior, the ceremonies, the religions of Hawraman to introduce them to the world, alongside introducing the language. The third phase, which is our latest project, is establishing the first motion-picture dictionary in Hawrami-English”.