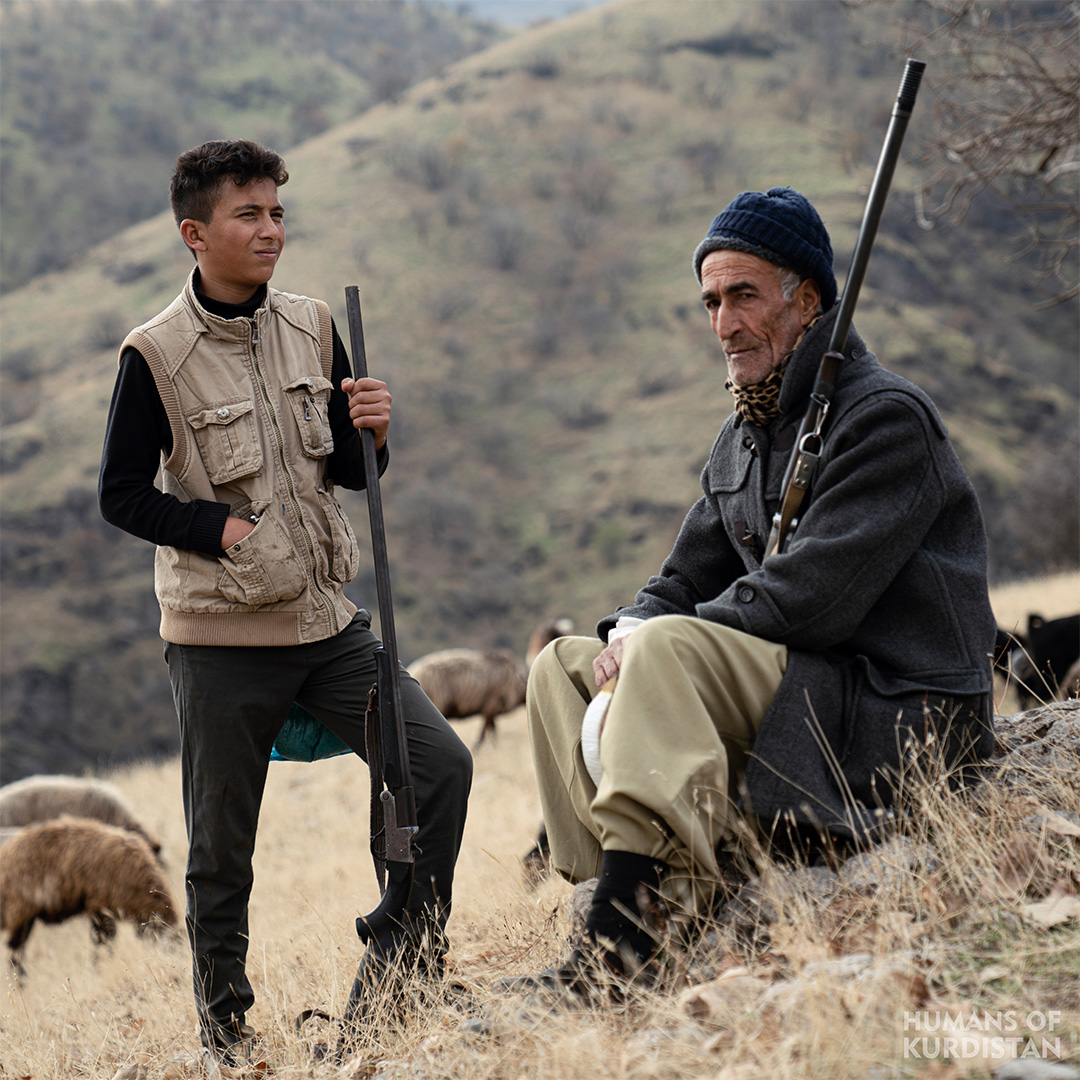 “My name is Latif Mohammed Mohammed Amin. I’m from Gullê village but I live in Mawat now. On January 5, 1967 I joined PUK, I stayed with them up until 1984. However, when the Ba’th regime captured my brother I had to give myself in so that he will be set free, he was set free. So, I rejoined PUK in 1992. Now I am a shepherd, ever since 1991.”

“We take the herd to the mountains everyday with Rokan until the sun sets and then we go back home after that. Mawat’s nature is lovely, I never feel worn out in this place especially during spring, when it’s all verdant green, it looks way more beautiful than it does now. We always carry a rifle but it’s only for safety not for hunting, because hunting is banned, although people do hunt here every now and then. They mostly hunt hogs and resell it to the foreigners, especially the Chinese, sometimes a hog weighs 300 kilos and it pays really well.”

“I am 15 years old. I work as a shepherd with my acquaintance Kak Latif. Along with working, I also study in junior high, in 8th grade.”