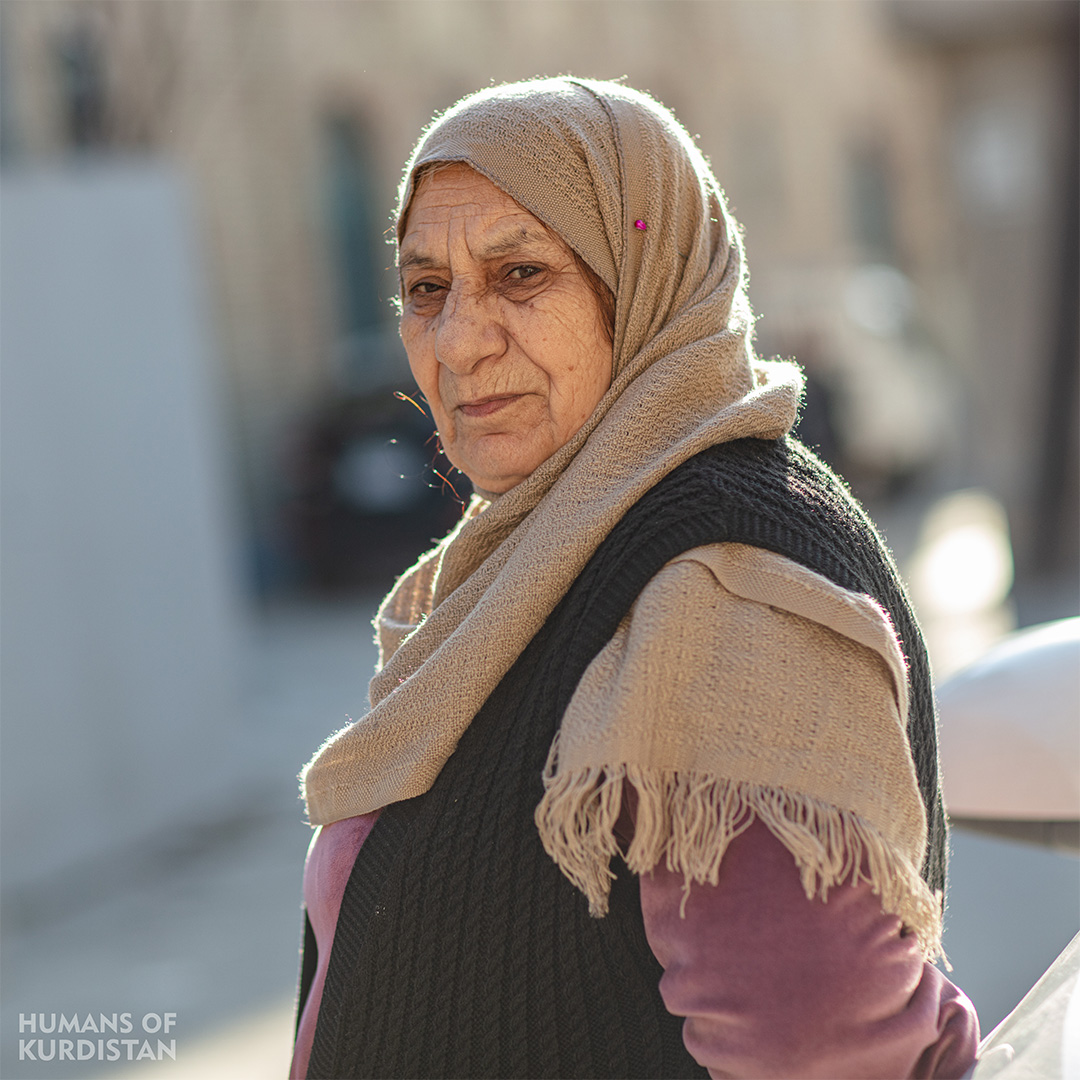 “Most of the people in the neighborhood are Christians, but it used to be home to the Jews, which is also why it is called the Jews’ neighborhood. One of the old houses is Karimi Alaka’s house and is still home to 13 households. Karimi Alaka was a known figure. When there was a crisis, he would make plenty of food and had made a hole in the wall where people would line up. He would give out food with a wooden spoon so that the people would not starve. He was well-respected among the people. In 1972, when I got married to the person I had chosen, Shex Latif passed away, he was Shex Mahmood’s son. Out of respect for him, we delayed our wedding for 6 months. They would teach us that tradition, to always respect the other person even when they are wrong. It was in the 1980s, I was going to the bazaar one day, I saw a young boy who seemed like a fugitive, he was standing in front of a soldier who asked for his identification card. The young boy pretended to find his card… He knew they were going to take him, and he suddenly started running from him. The soldier wanted to follow him and he was passing me, I was very concerned about the young boy, so I put my foot out in front of him and he fell in front of me. By the time he got back up, the young boy had disappeared.”