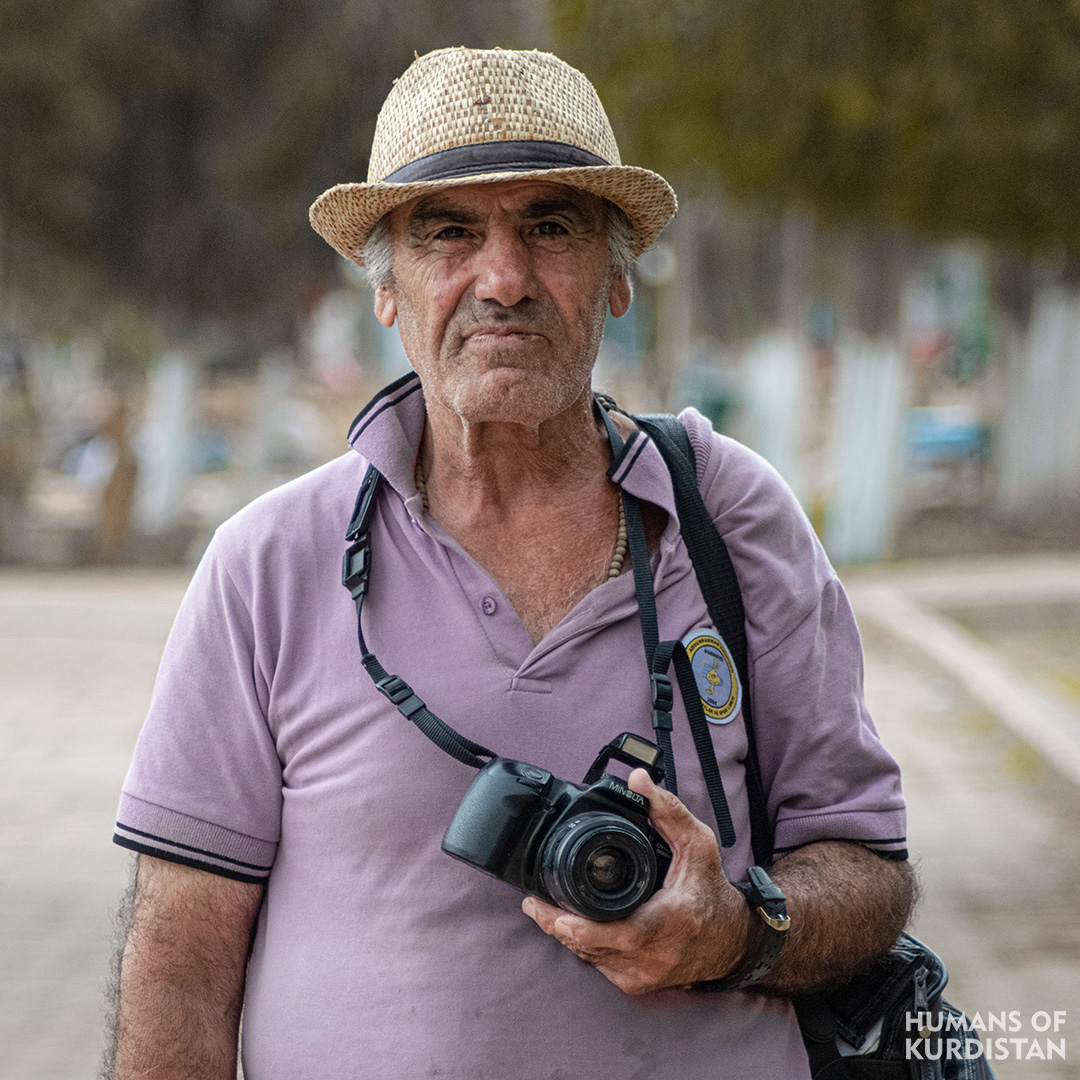 “I started doing street photography when I was 15. It has been almost 50 years since I started taking photos of the people of Qamislo. I do this because I enjoy it and also as my source of income. I have taken photos of all the people in this city, including Jews, Armenians, Syrians, and Kurds… I have even held on to photos that people took and didn’t come to pick up. This job used to make good money in the past due to the lack of phones, and only photographers were able to take photos.
I once saw a young boy whose picture I had taken when he was a child. He was really happy when he saw that I still have his picture, so he bought it from me for a great value. I have often faced issues for taking photos during Newroz celebrations because of the Syrian government. I have the complete 2004 Qamislo uprising in pictures, I also took photos of president Jalal Talabani when he visited Qamislo. I still hold on to his photos and photos of everyone I have captured, and I have around 50000 old photos”.