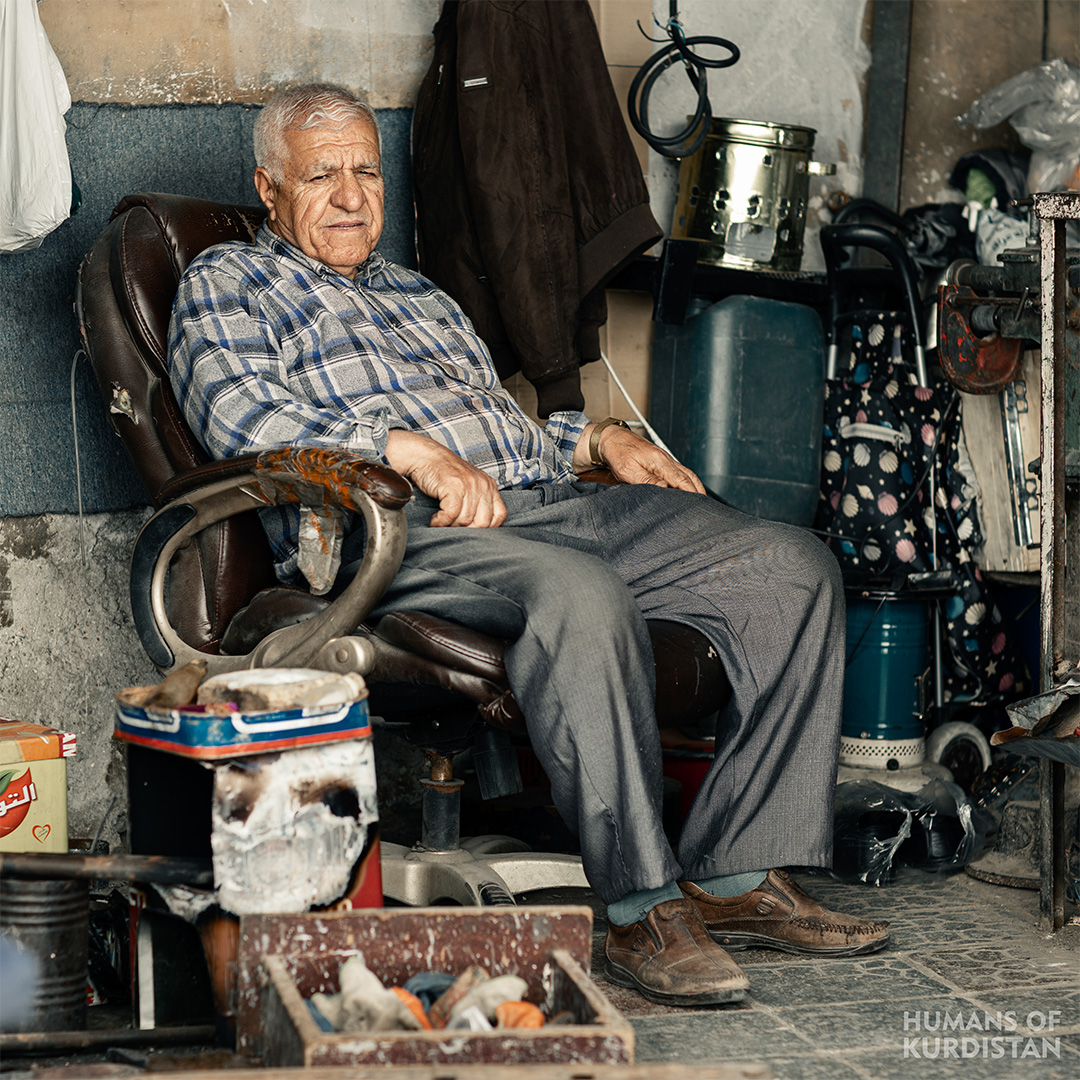 “In 1974 I was employed at the College of Sciences with Dr. Hadi. Not long after that I was transferred to the Book house with Ibrahim Amin Baldar, the teacher who taught us our ABCs. He traveled to Germany to bring a printing machine. Initially, it was just me and a few other people who started working at the printing house, but later we grew to 50 people. Kamaran Mukri was also supervising us. It was the only printing house in Sulaimani University. Our first publication was Sulaimani’s telephone guide. Gradually, the printing house grew and they brought new machines and all the printing necessities, until we became a great printing house. I worked there for a long time, but later moved to the Sulaimani Public Library. Dr. Fazil Hama Qaftan was the administrator of the Sulaimani library then.”