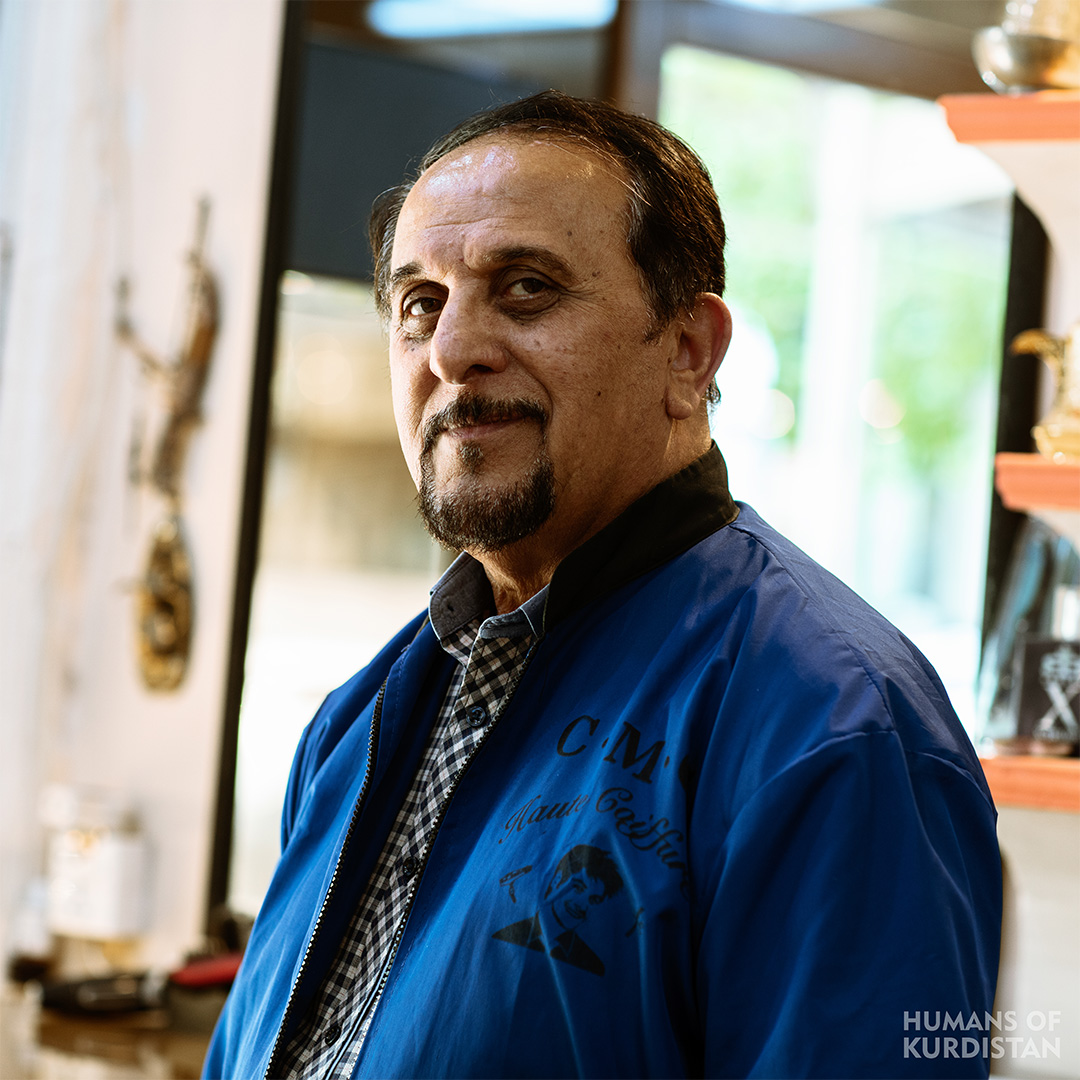 “I was in 9th grade when I was my grandfather’s apprentice, he had a barbershop in Sarshaqam neighborhood from 1968 to 1969. I made 60 Fils a day. My grandfather decided to go to Hajj. It used to take 3 months then. I taught myself everything until he came back. I messed so many people’s hairs until I learned everything. When he returned, my daily profit increased. I became an apprentice there. My skill was also useful when I was drafted for the military. When they realized I am a barber, they separated me and said I won’t have any other duties. I was always with the commanders, not the soldiers. If I trimmed a commander’s hair, they would give me 10 days off.”