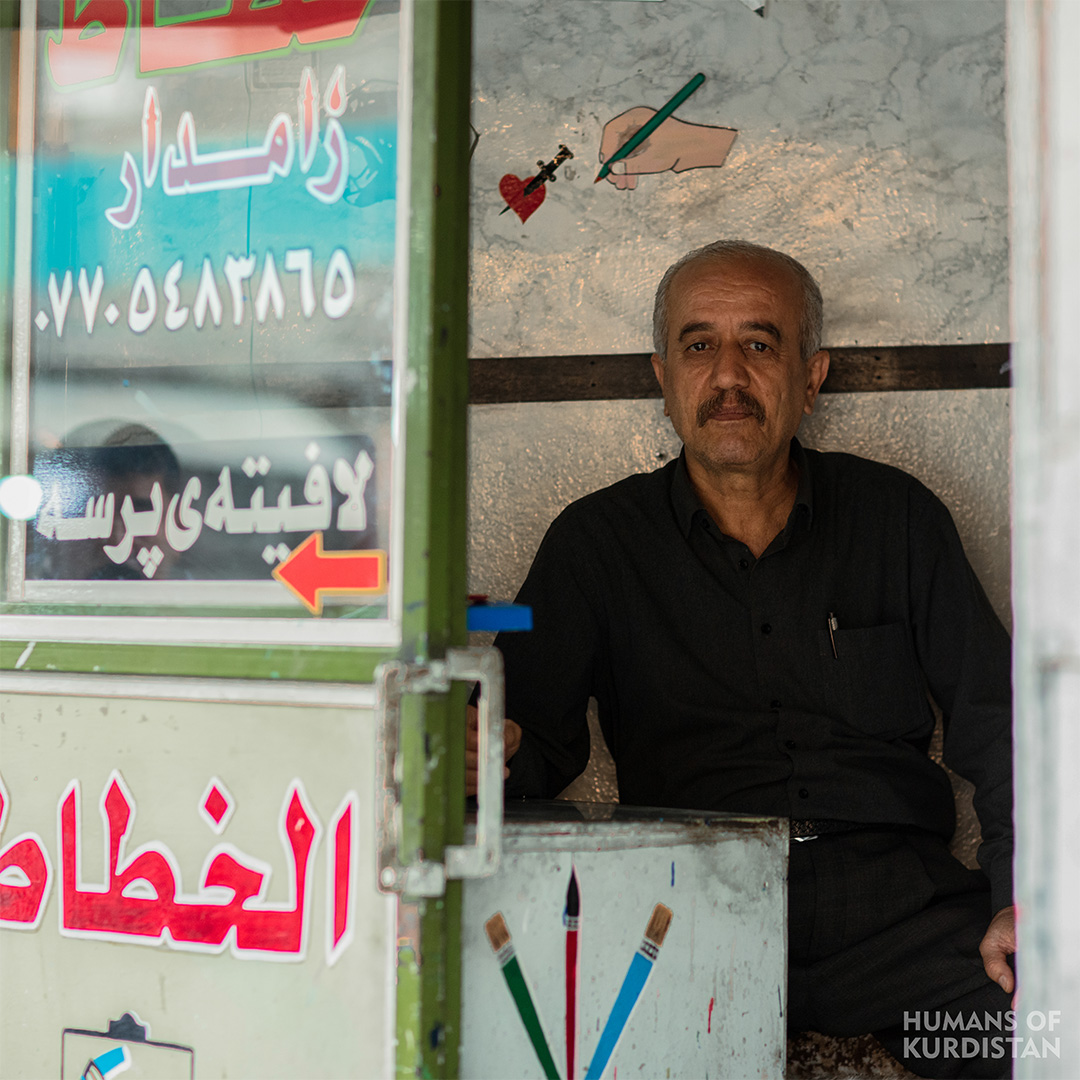 “This store belonged to my cousin, Khalid Zamdar, who is an old calligrapher of Sulaimani. He worked here since 1974, and I started working with him when I was a kid. Initially, I worked as an apprentice, but after Khalid Zamdar passed away in 1987, I continued, it has been almost 33 years now. Across the store was a wall that Khalid Zamdar would write on; famous sayings and poems. He would often get caught and beaten for that. There weren’t many papers and magazines at the time, so whoever passed through would read the writings on the wall.”

“For a while, the Baath regime would kidnap children. One evening, a strike broke out, there was word that they kidnapped children. There was a well-known figure around here, they called him ‘Bakhay Kharaman’, he was a brave and bold man. They had captured the people who had kidnapped the children. There were two of them, one of them was caught by Bakhay Kharaman. They killed one of them. The Baath soldiers arrived there, so they took the other one away, wounded. Khalid Zamdar teared up, he wrote on the wall: The Kurdish children are children of a city/ they are scared of a snake/the snake was wrecked with the people’s force/tonight that snake was caught in its hole.
The next day, Baath soldiers came and forced us to close the store. Then they made us erase the writing on the wall. People would call this store a school for Kurdish nationalism.”