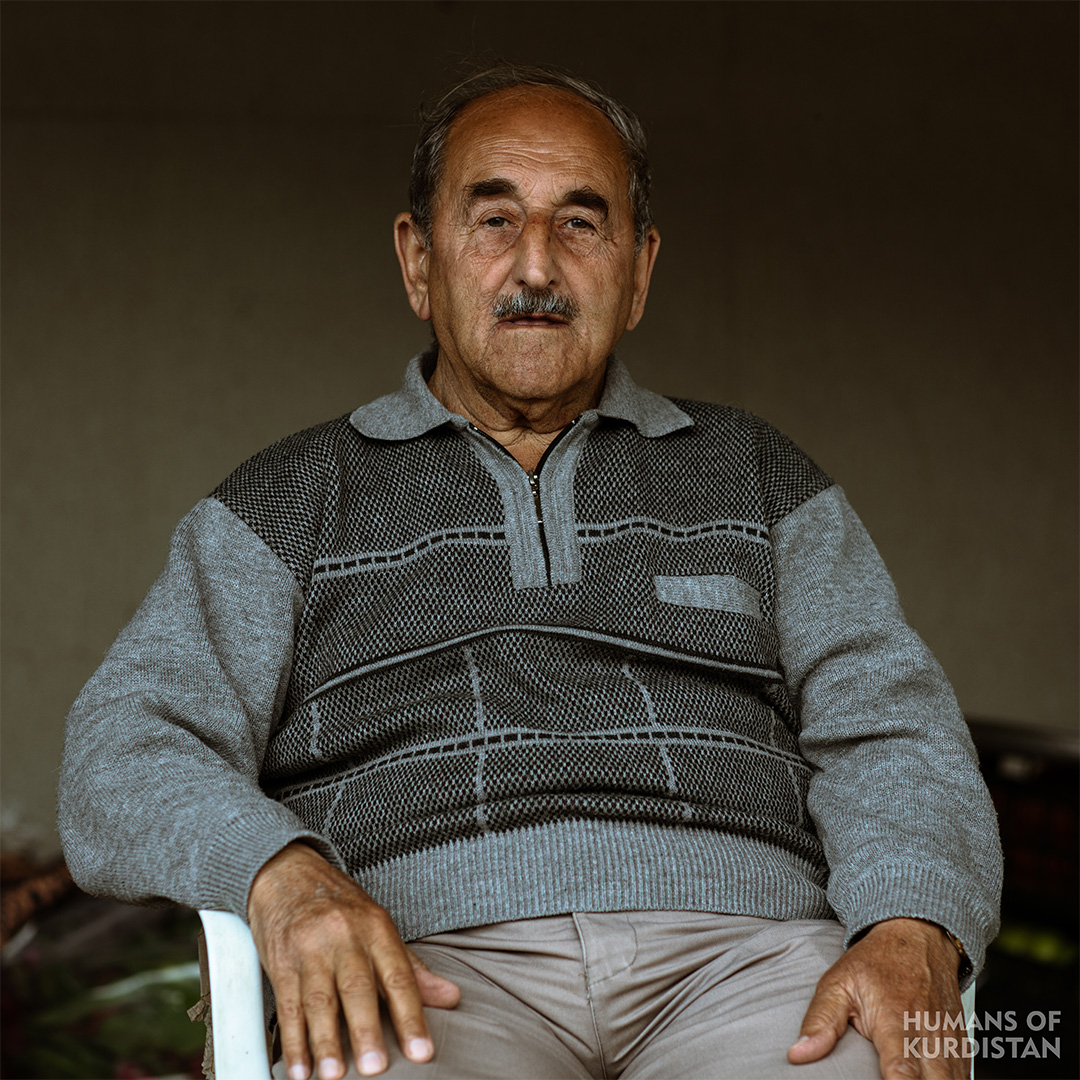 “I was a part of the force that the Iraqi government sent to Jordan to protect it from Israeli forces, at a time when they were trying to capture Jordan. Iraq split its forces as an ally. We were at the defensive front-lines in the city of Irbid. I was there for almost 16 months, then returned to Halabja. I was laid off there. But when the chemical bombing of Halabja happened, we started walking all the way to Sulaimani. When we arrived in Saidsadq, we saw people had come with cars to meet their families there. They drove us as well and we arrived in Sulaimani. We started our lives in the city, I started working at the Sulaimani’s Tobacco Factory and stayed there until 2008.”