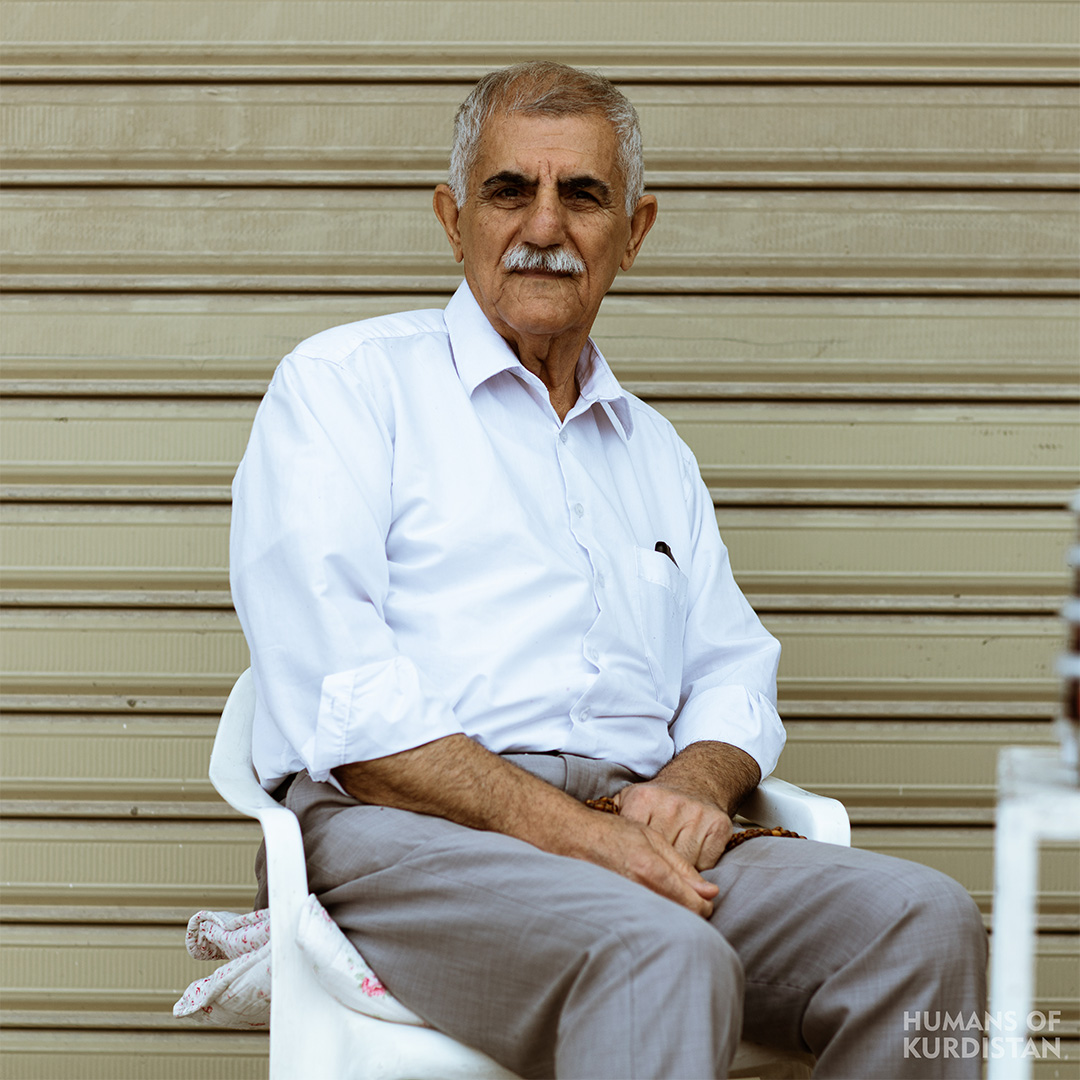 “I have had a naan bakery in this city since the time one bread cost 4 Fils. The government would give the bakeries an 88-kilo bag of flour for 800 Fils; these small bakeries were known as Asha. After a while, the commercial bakeries opened as well. At the time, one bread was for 4 Fils at the Asha, but for 10 Fils at the commercial bakeries. Th commercial bread was better and bigger because we would buy cake flour flour from Mosul for 3 Dinars and 200 Fils and would also use a special kind of yeast, which gave the bread a great smell. Along with that, some of the bakeries would buy 2 bags of chickpeas and would mash and mix it with the dough to make it softer; it was still good even when it was old. I was a baker until almost 10 years ago, but I could not do it anymore.”