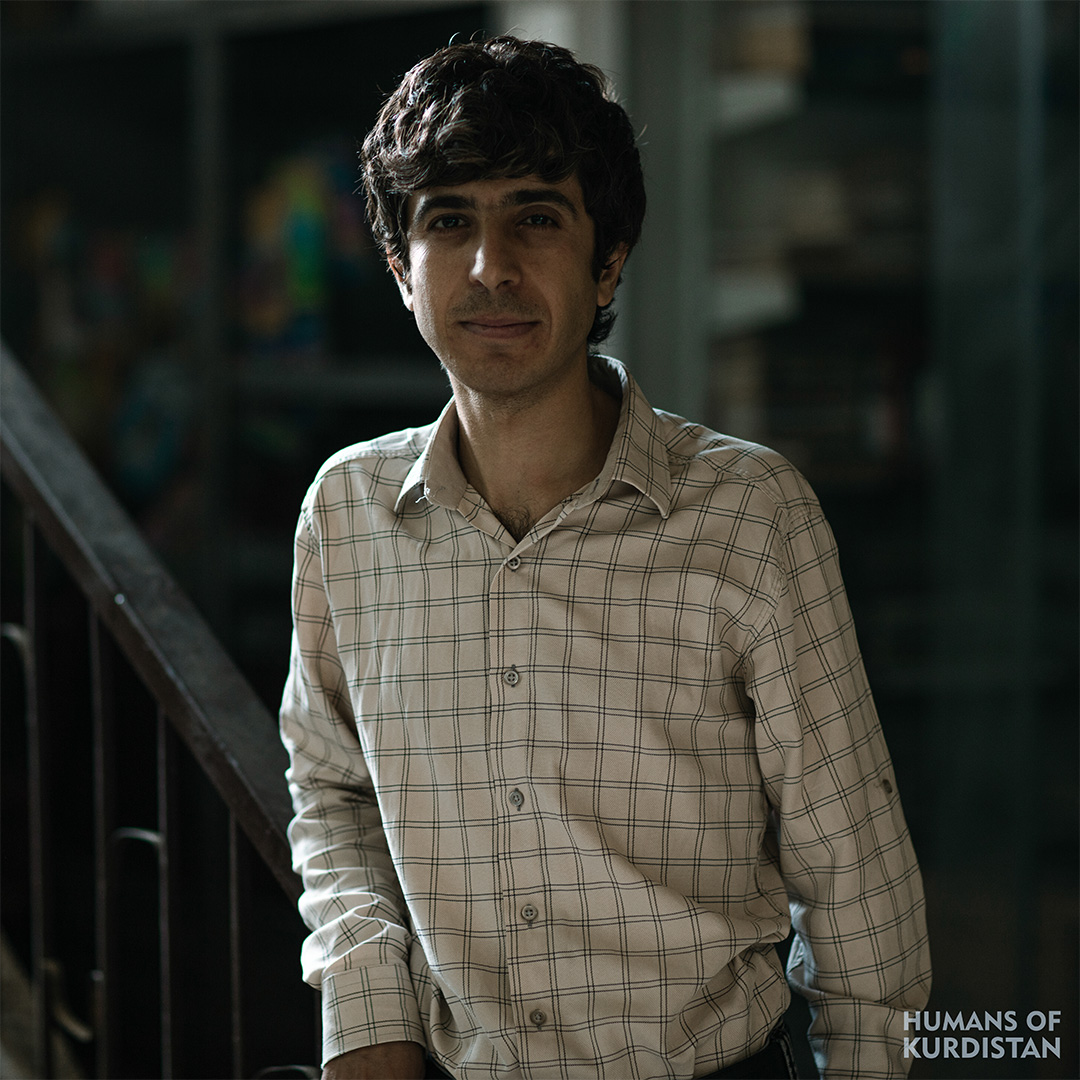 “Sarteep was my friend from 1st to 3rd grade. He was a boy with green eyes, was chubby, and light haired; he still has green eyes, is chubby, and is light haired. Sarteep had a squad, he was violent and belligerent. There wasn’t a day when he wouldn’t pick a fight with kids from the other classes after school, students older than him, and even senior students. I remember him with that firm and chubby body during a fight, where he would slightly bring out the tip of his tongue and would get aggressive. I always feared that someday his tongue would get stuck between his teeth and would cut off. I was supposedly part of his squad, although I don’t remember being part of a single fight. But I was on his side. It makes more sense to say I would hold his books while he fought and I watched.
Days passed, we grew up, our voices grew coarse, our heads grew bigger, we dyed our beards and styled our hairs. We lived on the same street; we still do. He left school early and we drifted apart. We only casually say hello, but that’s it. Our paths took different directions, I was lazy, stayed away from fights and was a book reader, and he was belligerent and combative. He became popular even in the more distant streets and neighborhoods.”

“I pass through his street to the market and work every morning. They have a two-story house; it used to be one. Some mornings he comes out once I reach their house, I cannot call that a coincidence. ‘Hello, Kak Sarteep!’ ‘Hello kaka!’ I doubt he remembers my name. Sarteep works at a gas station, he is a mechanic. I pass by that gas station in the evenings. We see each other some evenings. I cannot call this a coincidence. ‘Hello, Kak Sarteep!’ ‘Hello kaka’ I doubt he remembers my name. I truly desire to stop Sarteep one of these mornings or evenings and talk about 1st to 3rd grade with him and say; Although I was no more than your book holder or a watcher, I was still part of your squad, I was on your side. I want to tell him that I still think about it, how you would bring out the tip of your tongue and would get aggressive with your chubby and firm body during the fights, how I would always fear that one day your tongue would get stuck between your teeth and would cut off; I won’t stop him, we only say our hellos and pass by.”