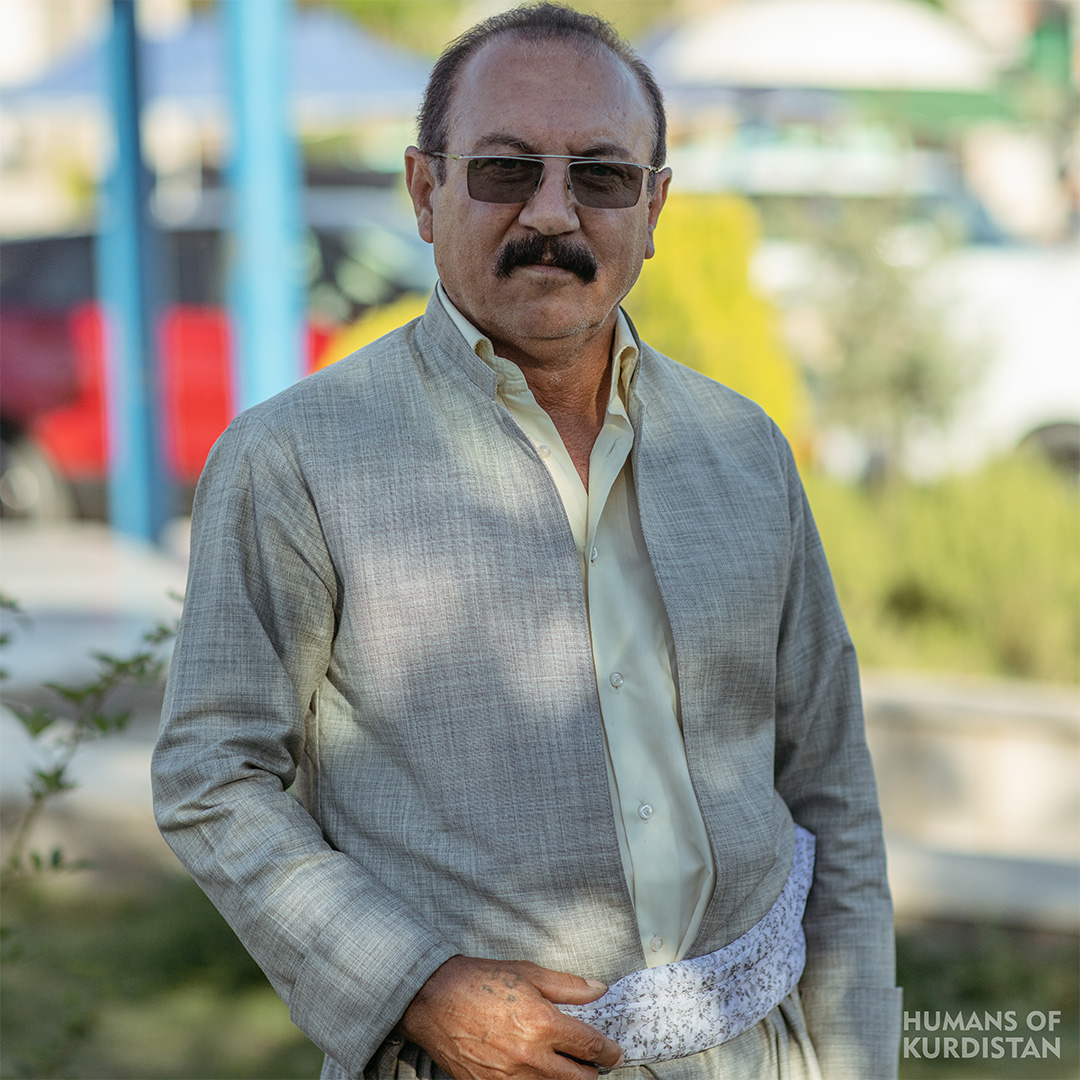 “We were sent to Kirkuk by an order in 1993 for some activity with three other people, but one of those was disloyal with us, he worked for both sides. He had informed them when we reached Rahimawa in Kirkuk, they had set up an ambush and we were caught. They took us to the prison. The lined us up against a wall the next day, only three of us… so we realized the fourth person had told on us. They blindfolded us and loaded the guns, we thought that is it, they will fire. I said my prayers, I felt like it was the last day of my life. But they soon brought cameras and started taking photos, they placed the guns besides us to announce that they have taken Peshemrga as hostages. They kept me for six months, and then transferred me to Abu Ghrib where I was sentenced to 15 years in prison. After one year in prison, we were pardoned.”