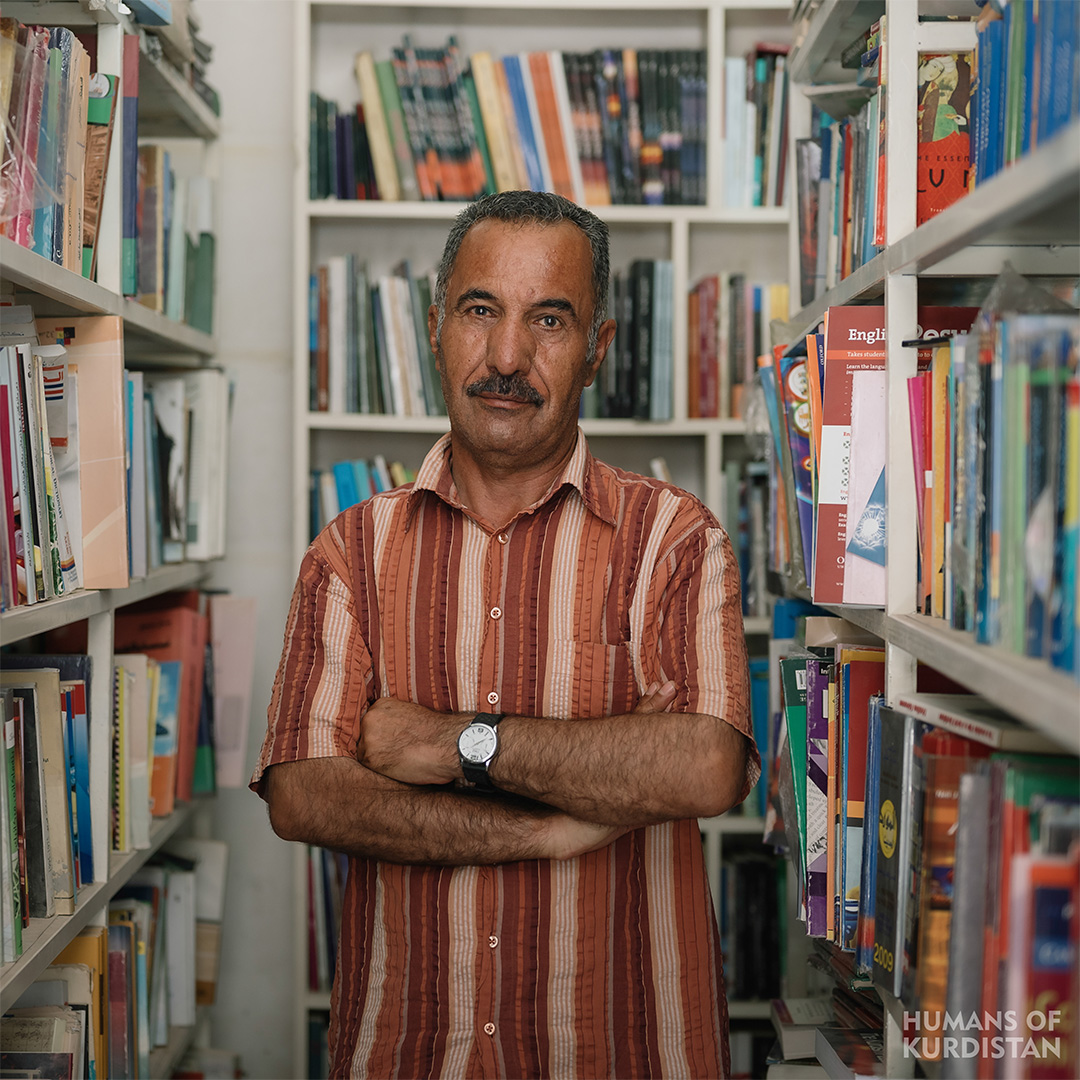 “I have long had a passion for archaeology and recorded history. It happened that in 2004, after Iraq was freed and I was employed at the Archaeology Directorate, I was doing financially well and so I started to publish the Shmshara Magazine – Shmshara is an archaeologically important hill close to Ranya and the name of the magazine is based on that – that initially consisted of 3 pages until it gradually grew to more than 50 pages and articles, most of which I wrote myself.
Another one of my passions is collecting historical texts and my hope is to someday open a museum that displays the historical texts that I have, which round up to about 500 texts, and many other texts. I have historical texts that go back to 350 years ago!”

“Other than Shmshara, I also own two book productions called ‘Shin u Shingeri’ [Mourning and Lamentation] and ‘The three Wings of the Haqqa Movement’. Mourning and lamentation is a Kurdish cultural tradition mentioned by many poets. It is a way of expressing grief by different tribes for their dead ones, which differed across tribes. What I have done is that I have collected this area’s different ways of lamentation in a book.
Haqqa was a social class movement that started under Sheikh Abdul-Karim of Shaddala at the end of the 30s of the last century in Shaddala village of the Surdash region of Dukan. This movement has originated from the Naqishbandi Order that has spurned praying and fasting. So they were criticized a lot for being Sufis and not praying. But they did not pray under Chapter 99 of the Quran: ‘And worship your Lord until the certainty comes to you’. After the passing of their Sheikh, the movement was divided into 3 wings, which I have covered in my book. In one of them, tea, cigarettes, and child-bearing were forbidden. Today there is one women left in that wing, they call her ‘Tata Halawa’.”