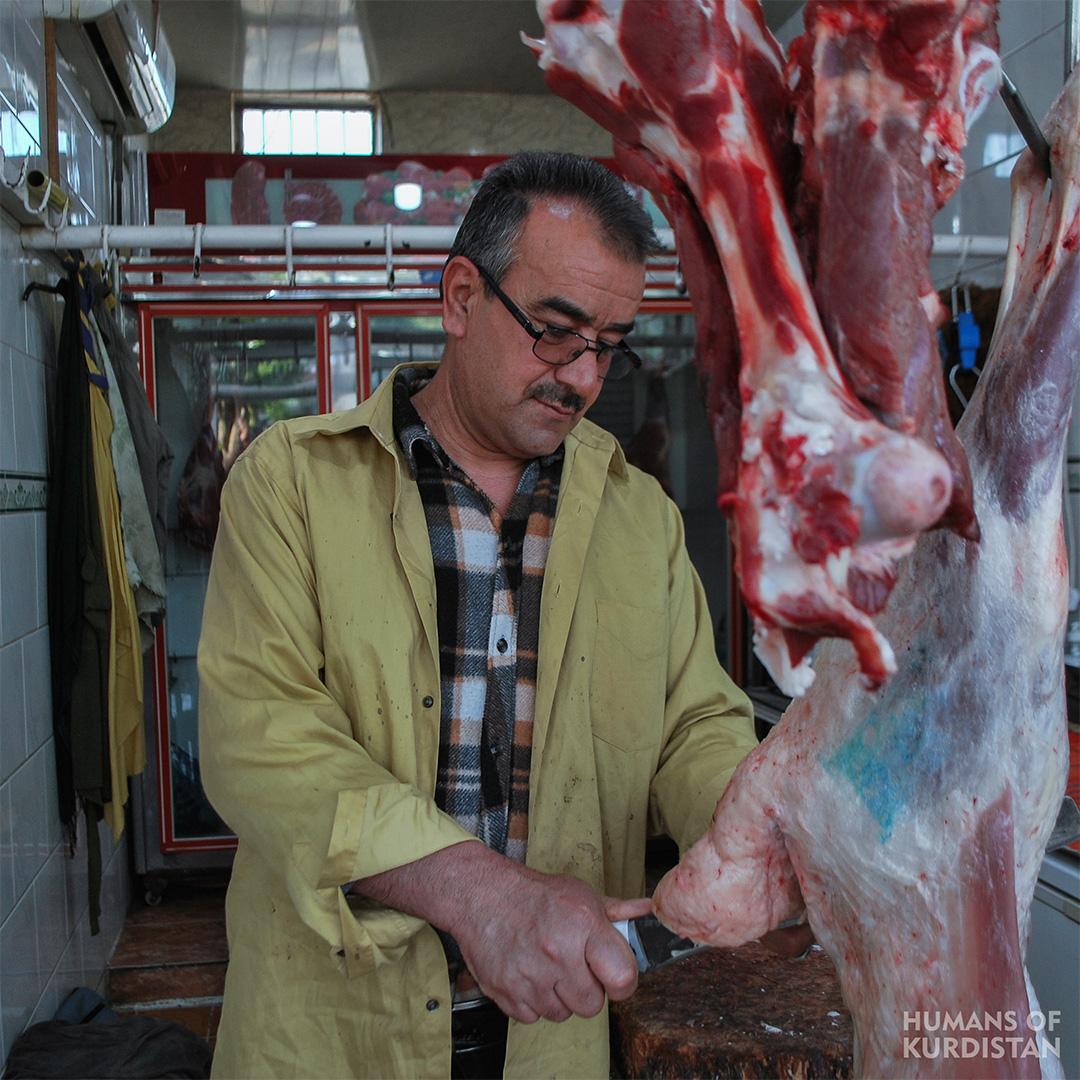 “I remember when I was young, people were beaten and humiliated in Kirkuk every day. Even though I haven’t done any political work, but I didn’t get away with not being beaten: Once during the Iran- Iraq war, we were practicing our driving with a friend. A very fast car passed by us and I made in indication with my hand, it came off as more of a curse sign. He returned and stopped in front of us, they got out and started beating and kicking us so hard. Then they took us to the ‘Intelligence agency’, there, we were just able to be quite convincing, I said: ‘we are going to give blood, this guy’s brother is wounded in the frontlines’. So, we got off with that. When there were talks of a revolution in Kirkuk, they would not let anyone come out and would often take people in their own homes for no reason, especially the Kurds. In 1991, when the Kirkuk IDPs came to Penjwen, I was one of them and I stayed. It has been almost 30 years I have been in Penjwen and have spent a lifetime in this shop.”