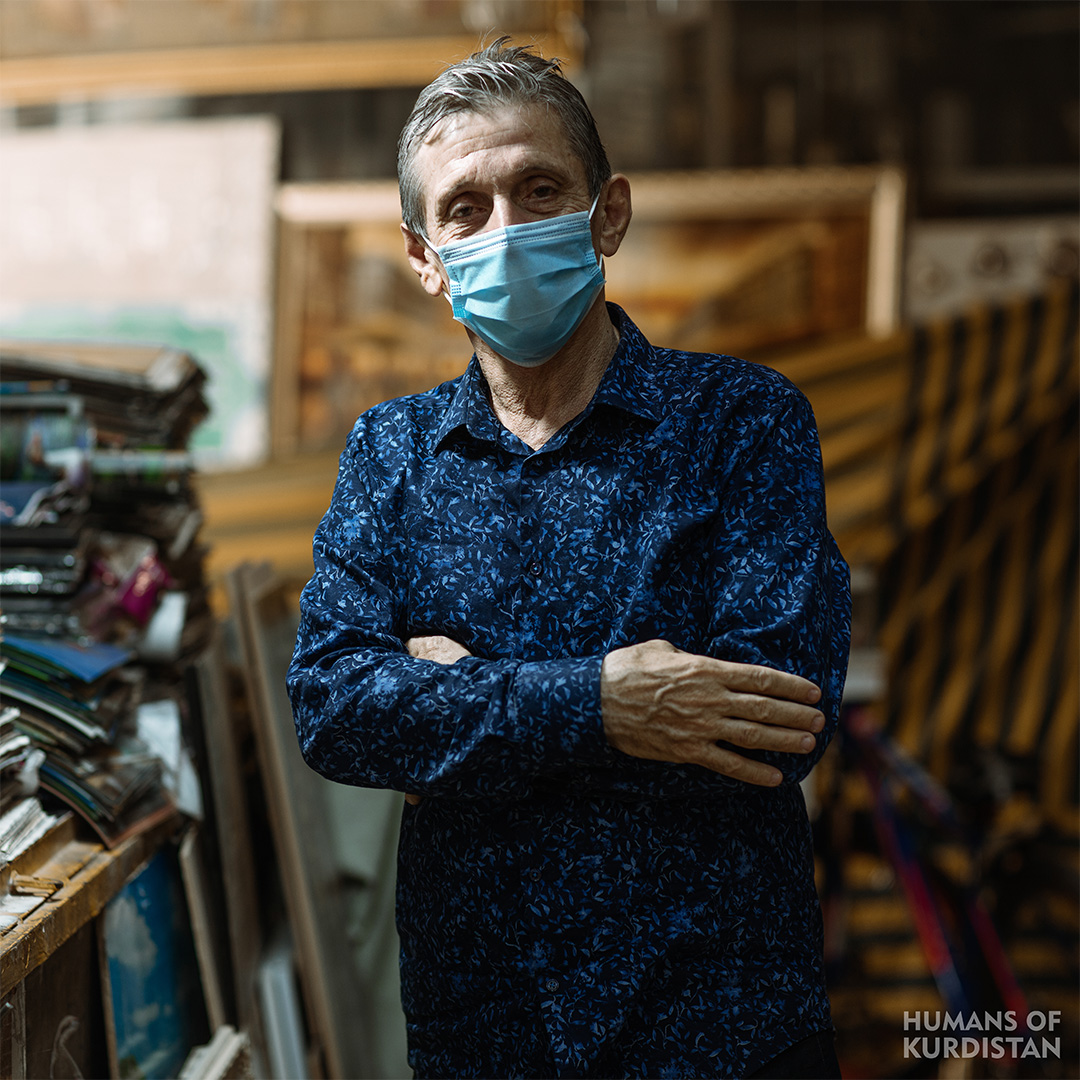 “When I was a child, whenever Sirwan Cinema and Rashid Cinema would play a movie, they would show the advertisement for it on horses and carriages around the neighborhoods before playing the movie. I remember when they were planning to play Hercules, the horse and carriage would come around early in the morning to show the movie poster, which had a picture of Hercules along with the viewing times and cinema location. There were some really good movies then like Tarzan, Django, Sangam, and the 7 heroes that had a huge audience. I enjoyed the cinema so much that whenever my father would give me money, I would collect it and would go to the movies with it. Some days I would go twice. So since then, I collected the movie posters and the characters’ photos until I started selling posters myself. It makes me happy even now when I come here and see the posters.”