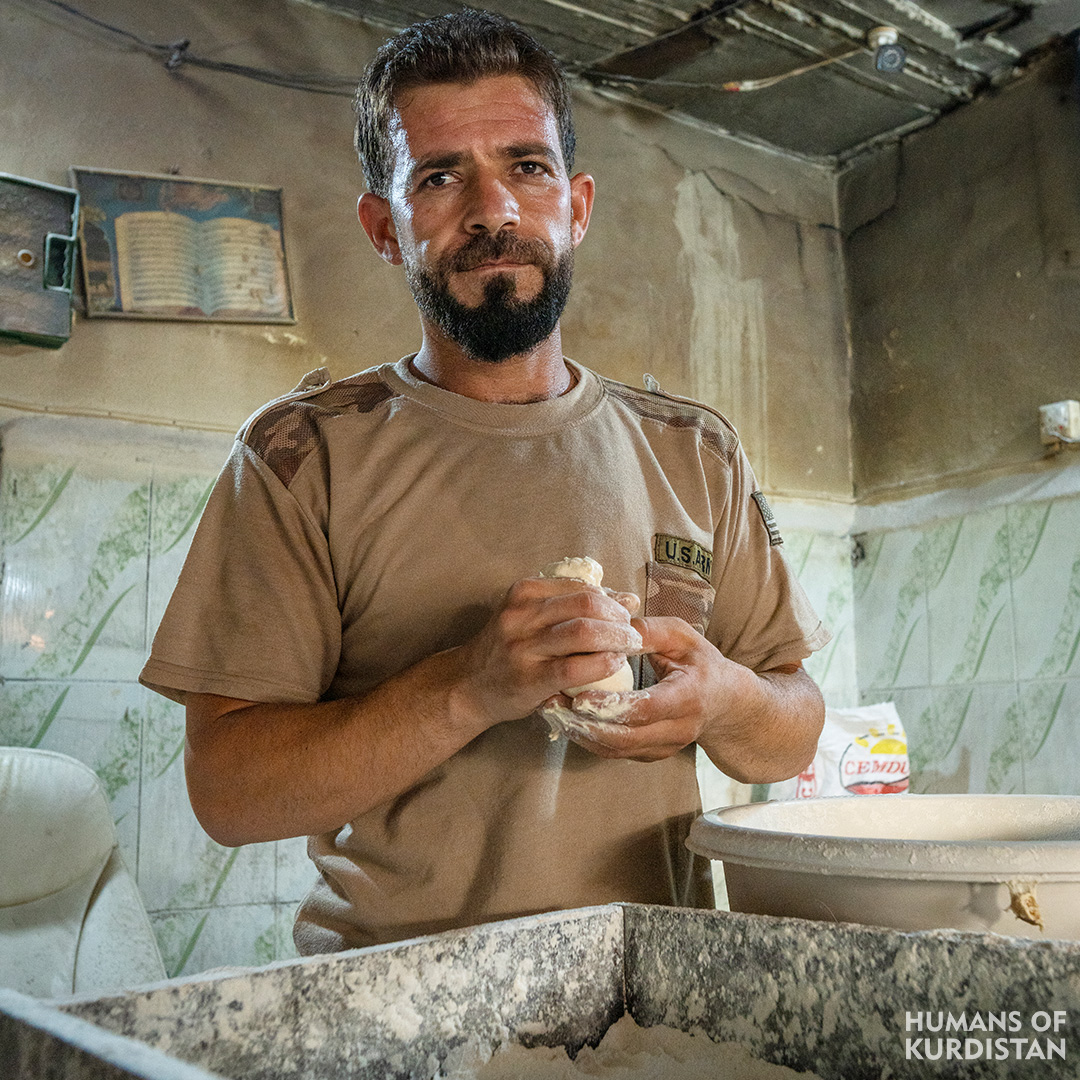 “During the civil war in the 90s, I worked as an apprentice in a bakery, we would make bread for a Peshmerga base. Because I was the dough maker, I had to go and prepare the dough under a lamp while it was still dark, as there was no electricity then. So, one day the master came in and started making the bread in the daylight, he furiously called me and said: What is that? I looked at the bread only to see it was filled with match sticks, sunflower seeds, and dirt. It turned out that just before I had gone in, a Peshmerga had gathered the flour on the floor and had put it in a bag in the corner so he could take it back for his own cattle. And I had used that bag of flour for the dough. If it wasn’t for the Peshmergas’ sake, my master would have beaten me up and fired me from my job”.