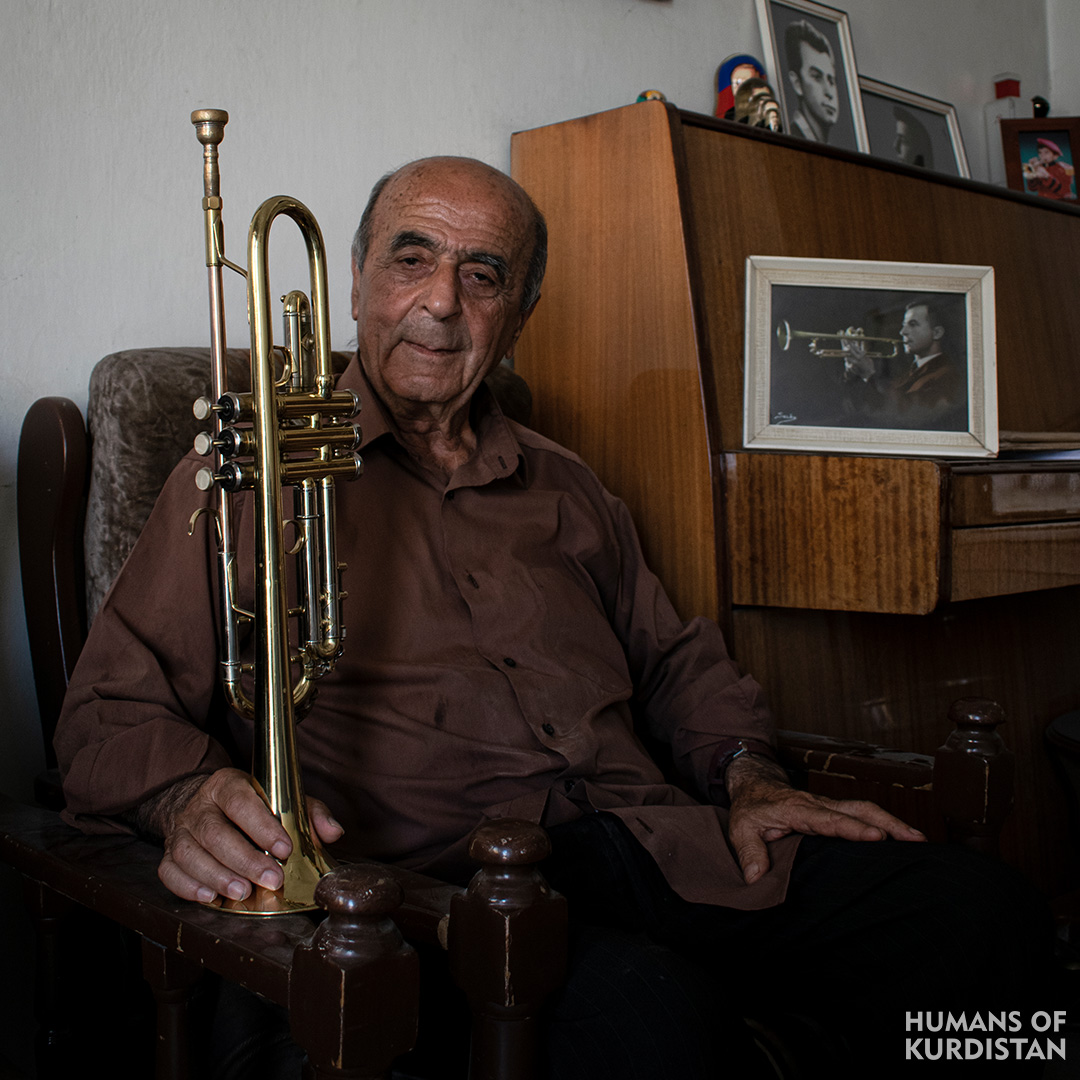 “66 years ago, my family bought me a trumpet. They paid 250 Syrian liras for it back then. Today that amount is enough for a whole family’s cost for two months. So, I started playing since I was 10 and studied music with Hasan Turk. I was very impressed with the Qamislo Syrian brass instrument group and was interested in playing because of them.
I have participated in several international festivals in Damascus, and have been awarded many appreciation and gifts during the military shows by the Syrian defense minister in my years of military service.
I still continue what I have done and I am busy forming a military bass instrument group for the soldiers of the (Self-defense) forces in Rojava. We have participated in celebrations for success over the ISIS terrorist group in the region”.