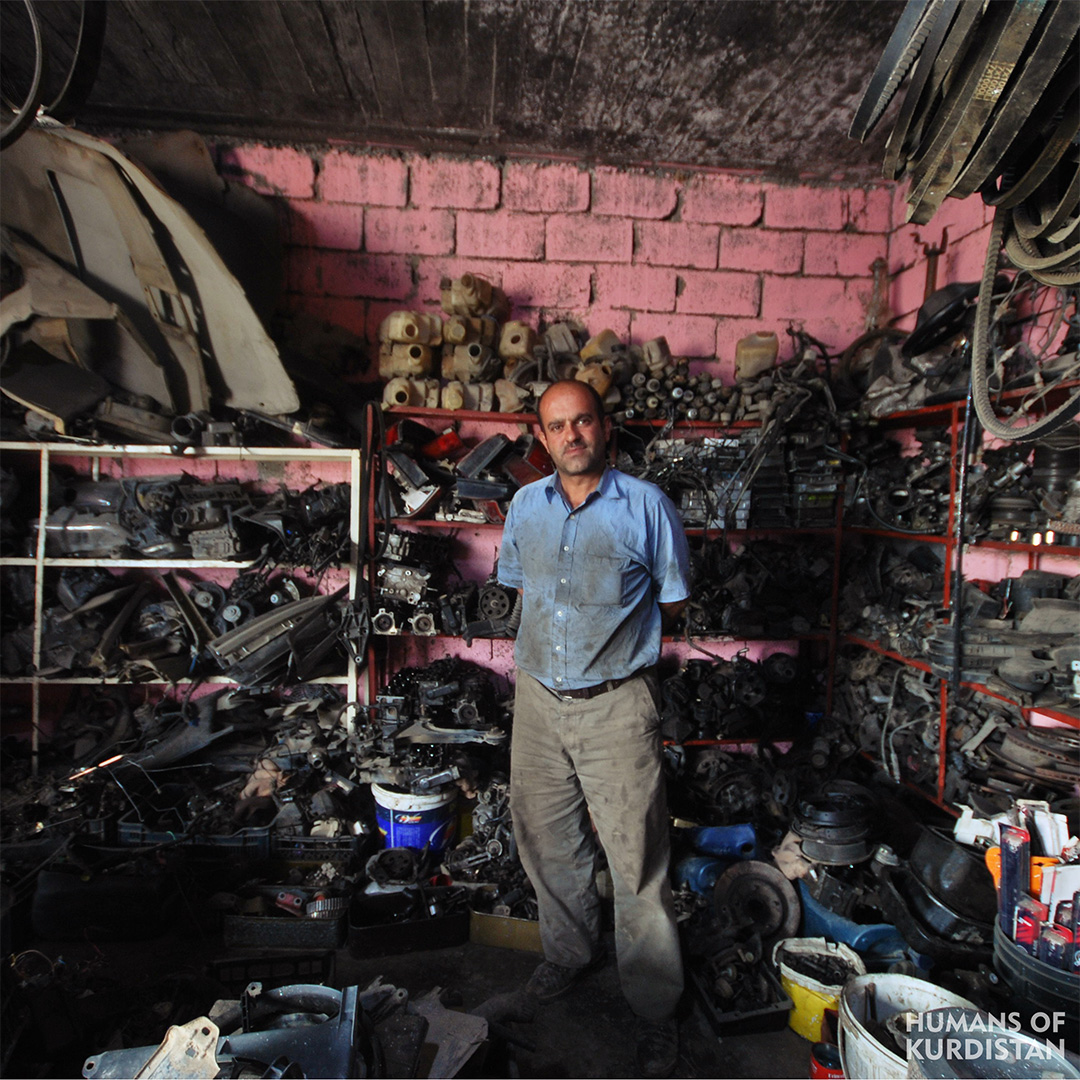 “My hobby was iron since I was a child, I wanted to work with iron. If I sleep on screws and nuts, it is as if I am resting on a kashan carpet. That is why I opened this store and I am always among iron. Another one of my interests is weapons. I want to have all kinds of weapons not for use, but just for aesthetics. I also enjoy taking photos. I had a camera when I was a child and I would take pictures around the city in the 1990s just for fun, I have still kept all the photos. My interests are far from each other, but I have worked to make them come true. I liked bicycles as a kid, but my father didn’t buy me one. That is why the first thing I did when I got married was getting a bike”.

“Because I have had many interests as a child and as an adult and most of them have come true, only a few haven’t, it is important for me to be able to make any good dreams my children have come true.
I have 13 daughters! Last year, the Penjwen Institute opened and they had dorm issues. I said I was willing to give a floor in my house to the institute, as long as the government was aware. A floor in my house became a dorm and 11 girls lived there. It got to the point that I couldn’t separate them from my own daughters, so I always say: I have 13 daughters”.