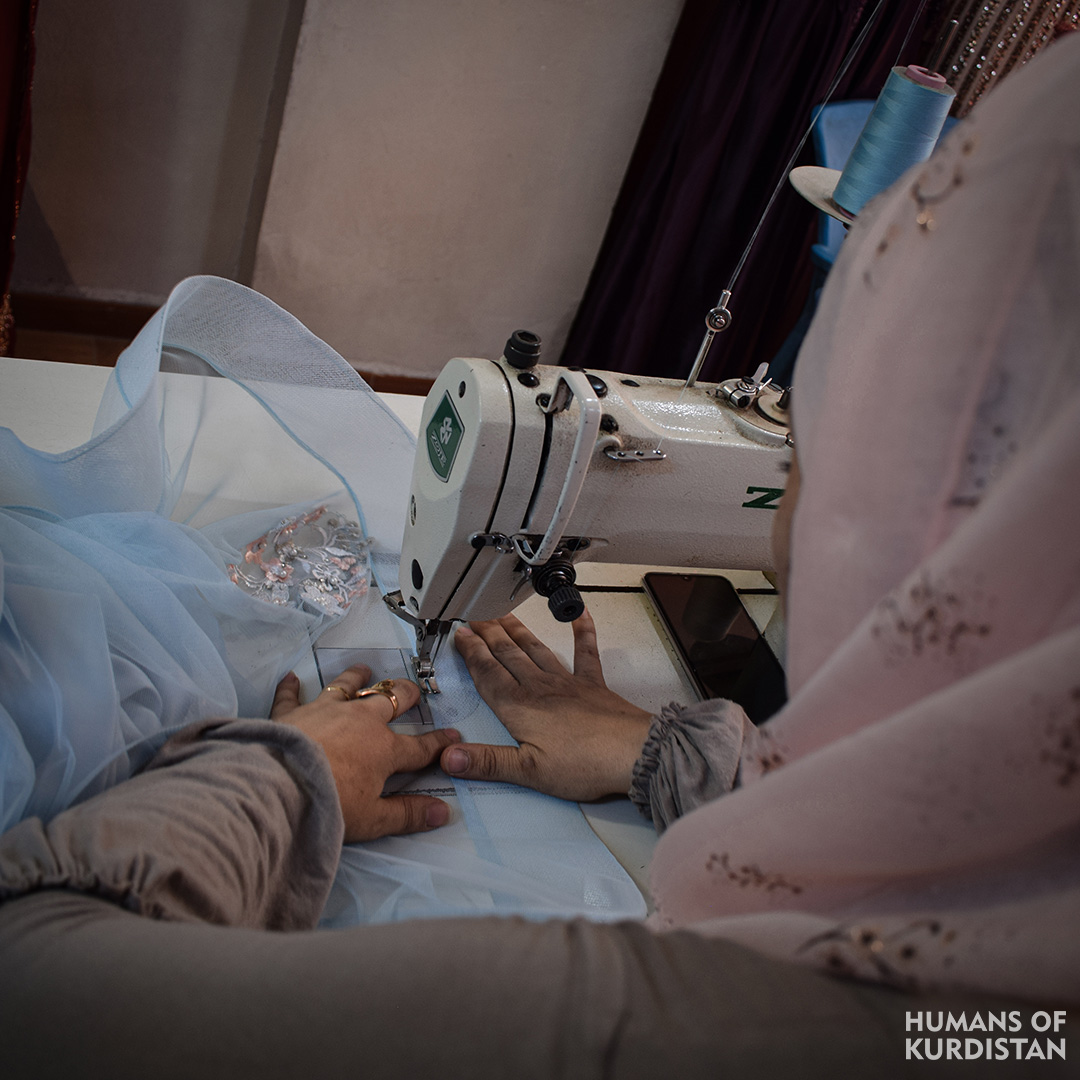 “I worked in the Syrian city of Homs as a fashion designer, but after the war broke out in Syria, we returned to Qamislo, my husband’s birthplace because the Kurdish regions were safer and more secure at the time compared to the Syrian regions.
In 2013, we started our own business, which was a factory for Kurdish folklore clothing. We participated in a Kurdish clothing exhibition which was a huge success that made us want to try harder and go further in our work. I later taught my husband sewing as well, and now we work together.
It was my childhood dream to become a fashion designer and now I have been able to achieve that dream”.