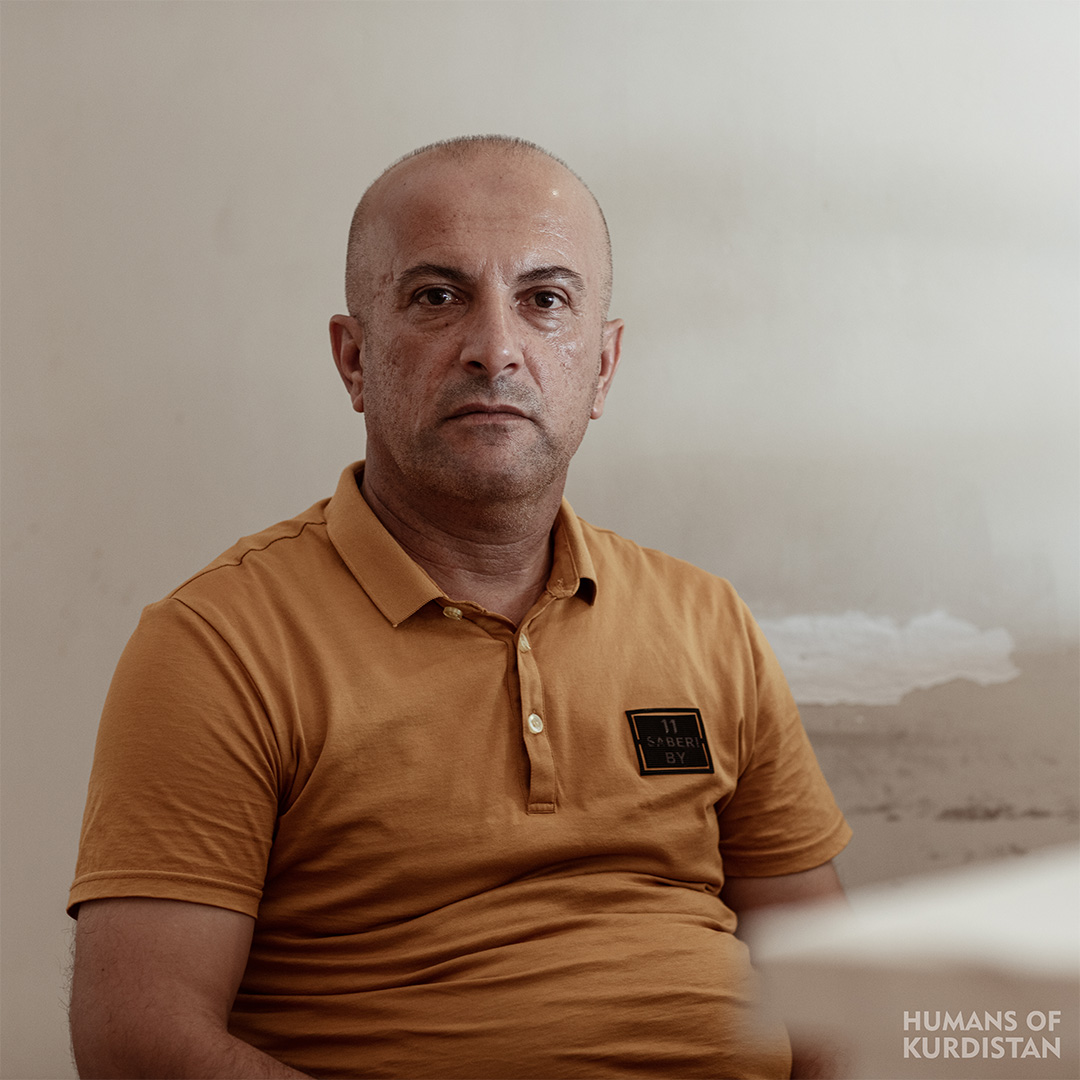 “I have returned from a death I could never forget. When they sent us off from Iraq’s military force to Kuwait, we were at Amarah and set off on a caravan to Kuwait. The road was exactly like a death road. They took us to a desert, it was terrible. We had very little ammunition and there was a lack of water. We had to go a long way for one water tank. I stayed there for 9 months, they had halted leaves, no one was allowed to go back. They suddenly came to us one night and told me and two other soldiers that we could take a leave and go home. The other two soldiers were Arabs, they left their place soon and I was left alone. I didn’t know any roads, and no one cares about the way you go back, you had to go by yourself.”

“I started walking through the desert that night. I couldn’t see anything, it was just a dry desert. I felt like it was the end of my life. I didn’t know which direction to take, until I reached a road that I realized goes straight into Kuwait. I walked a while and heard some people, nothing could be seen. But it was such a calm and serene night that you could hear every move. When I reached them, I saw a car with some people in it. At first, I was very scared, but then I saw one of them was dressed in Kurdish clothes, it made me very happy. I talked with him and found out that he is here to look for his son, but he came to the wrong place. I was able to go to another area and take a car from there and go back home because of them.”