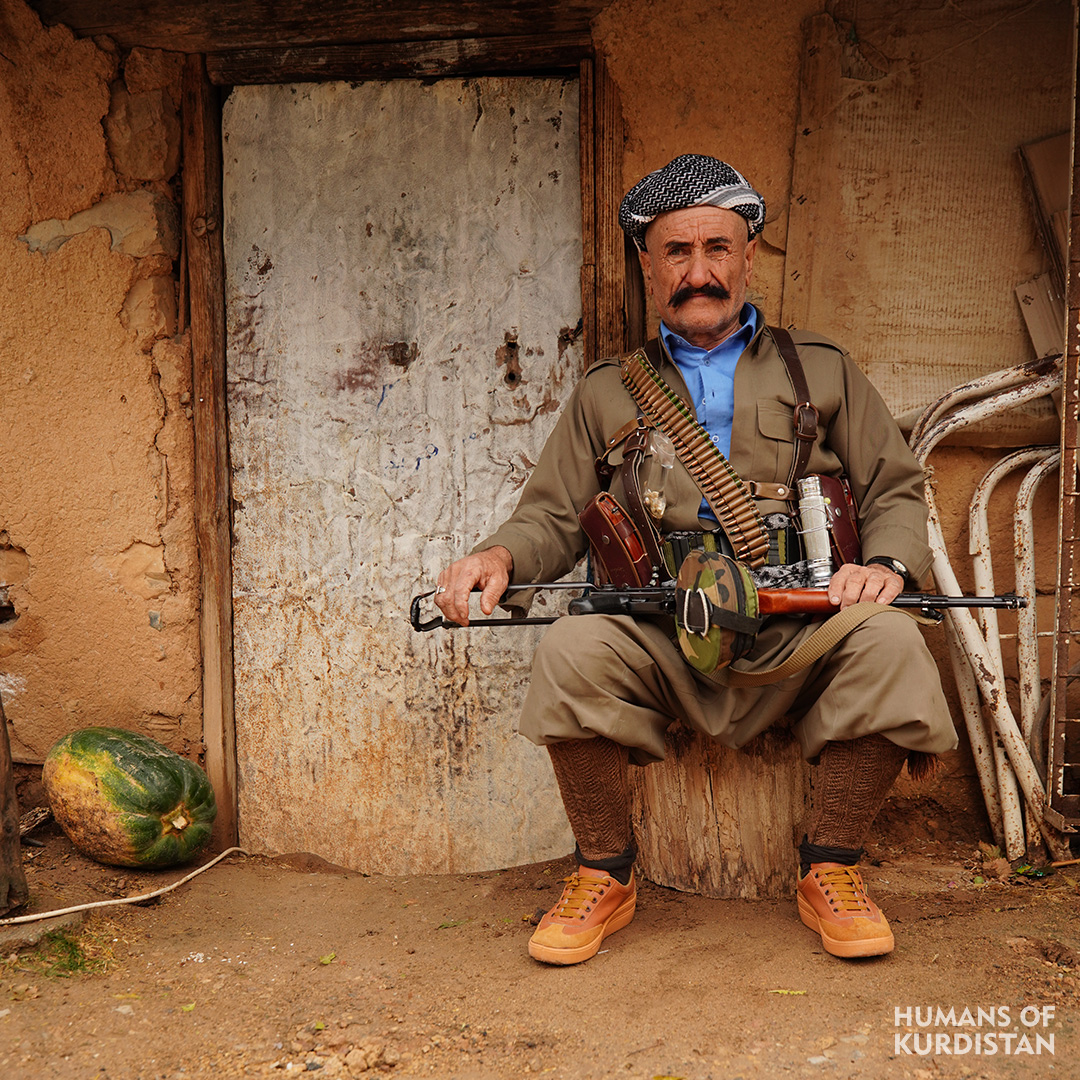 “I always dress in traditional Kurdish clothes when I go to visit someone or even when I go to the bazar. We are not Europeans, we are Kurds and we live among the mountains. It is a shame to ruin your own culture. I once went to Sulaimani for office work. I was standing at a pickles’ shop when I overheard a young boy tell his friend: Hama have you seen anything like this? He said: no. Then he said: who do you think it is? Hama said: It is either Sheikh Mahmood Namr or Khula Pisa.”

“My name is Taha, I am better known as Mam Taha Shirayi. We have been a poor community, but we have become strong and powerful because we lived in the mountains.
We have always served Peshmerga fighters and I have been a Peshmerga myself. No one should be disloyal to his nation. I love vintage things, I have a binocular that Mam Jalal gave to me and I still keep it. I have kept and preserved many of my old weapons. I have bullet belts from 1974. When the Baath government chemically bombed Balisan, we became homeless and moved to Betwata. The government blew up our house, saying it is government property. They buried many people alive, they did all kinds of terrible things to the Kurds.”