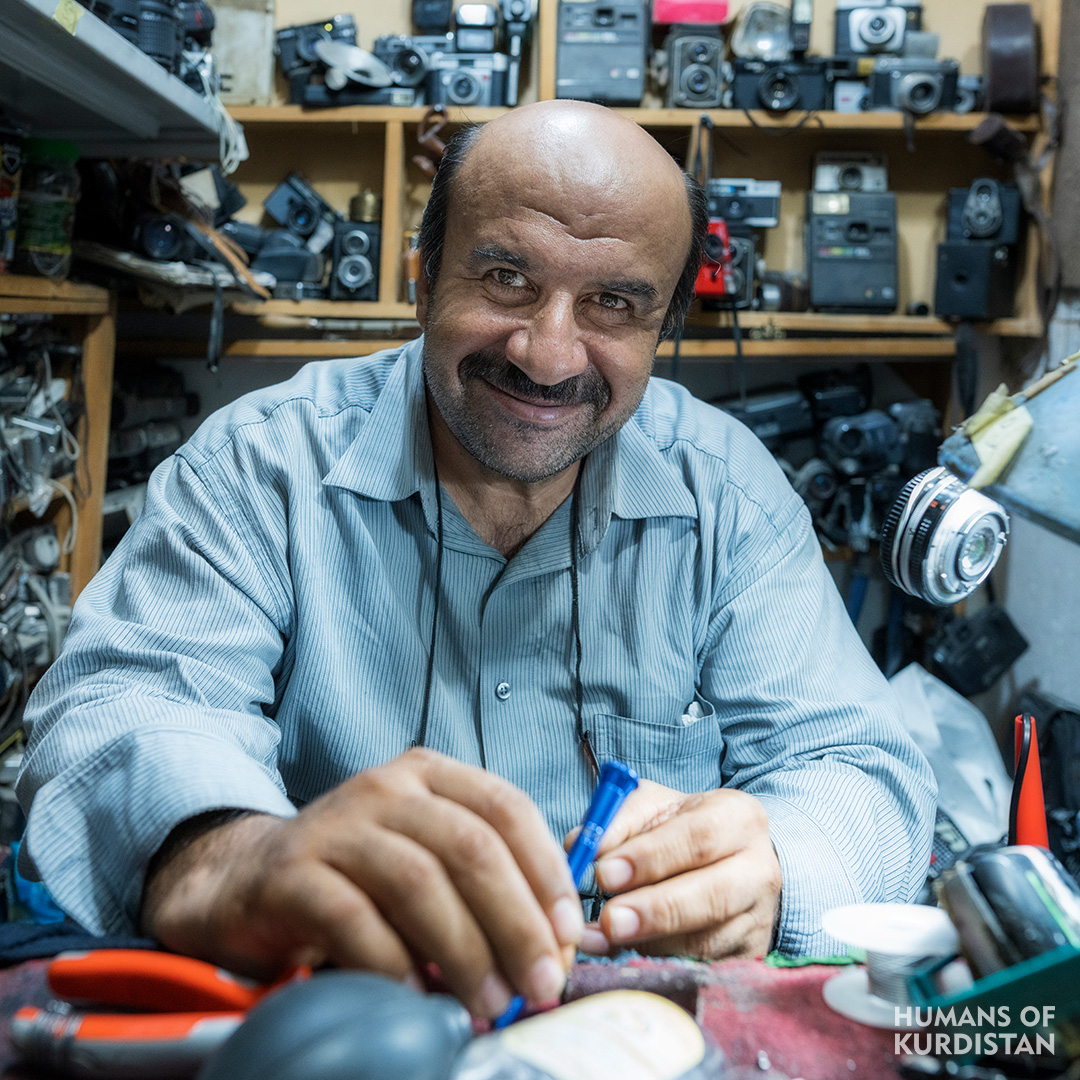 “My name is Wasta Faisal, most of the people know me. I have been repairing photo and video cameras since I was a child. Because there was no work and the market were slow, I started repairing trimmers too. It is just my luck that people are now growing their beards and no one needs a trimmer anymore!
Because there isn’t much work and I have a lot of time, I spend my days in the shop creating good video content and posting them on social media, I want to act as a social worker. Since my appearance on social media, more people know me and I have many more followers, I receive many regards every day. But unfortunately, a lot of people make up rumors about me and curse me without even knowing me.
In most of the videos where I have talked about an issue, I have said it is useless at the end of the video as a complaint against the people. That phrase has now become my nickname ad it has made me popular.
I have often heard in the bazar: There he is, that is Wasta It is useless.”