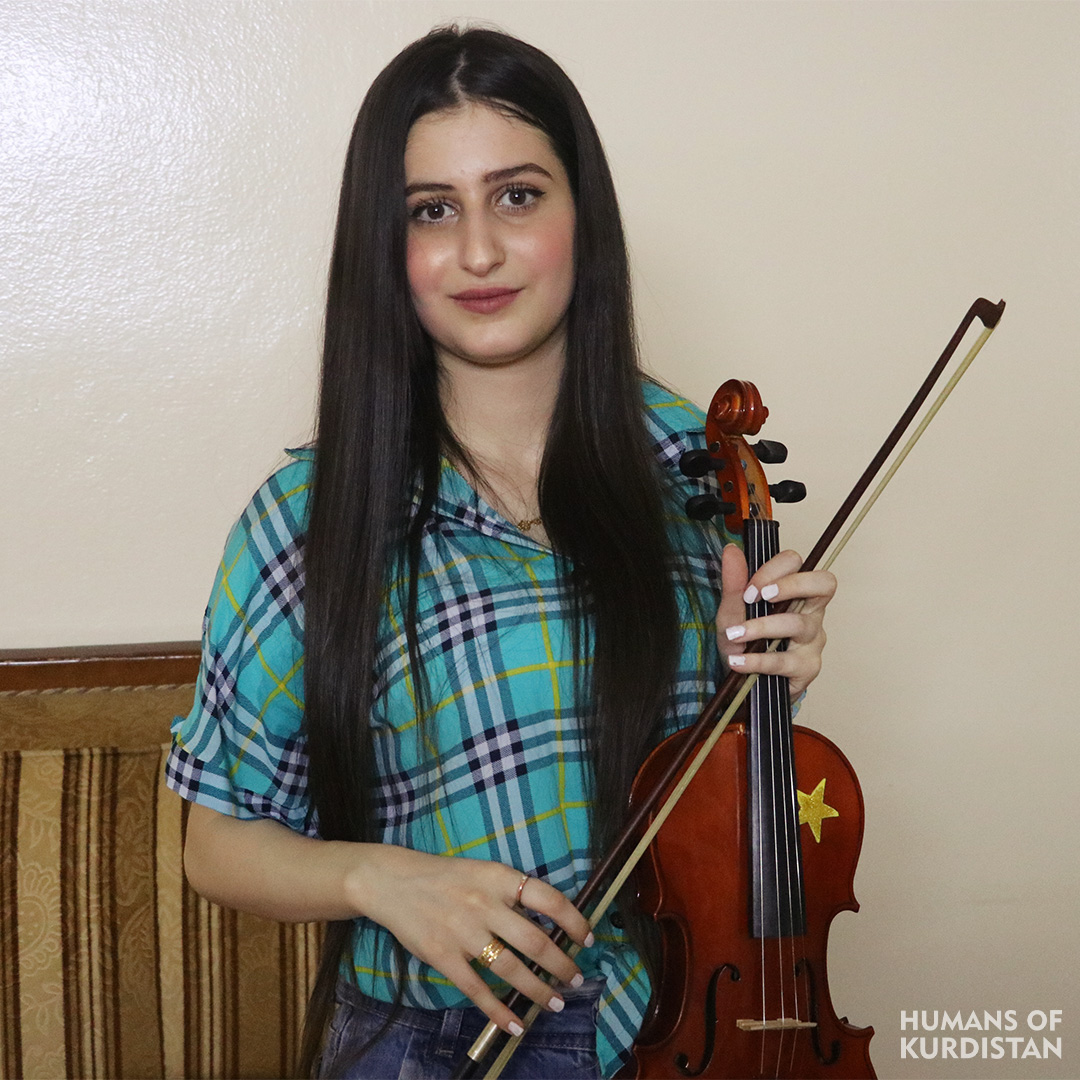 “I have been practicing on the violin since 2015. A lot of people told me that violin is a difficult instrument to learn, but I never cared how hard it was and kept going every day. After 8 months of practice I started to properly play music while I was attending school to study Kurdish. My older brother brought me a violin as a gift as he was a big supporter in what I did. He told me that I was talented and I should never give up. I still practice for about an hour per day and listen to the well-known musicians.
After two years I started going to the center of arts & culture and continued there along with some other musicians until we started up our own music band; we started playing music in the events and parties around Hasakah city and Tal Tamr city.”