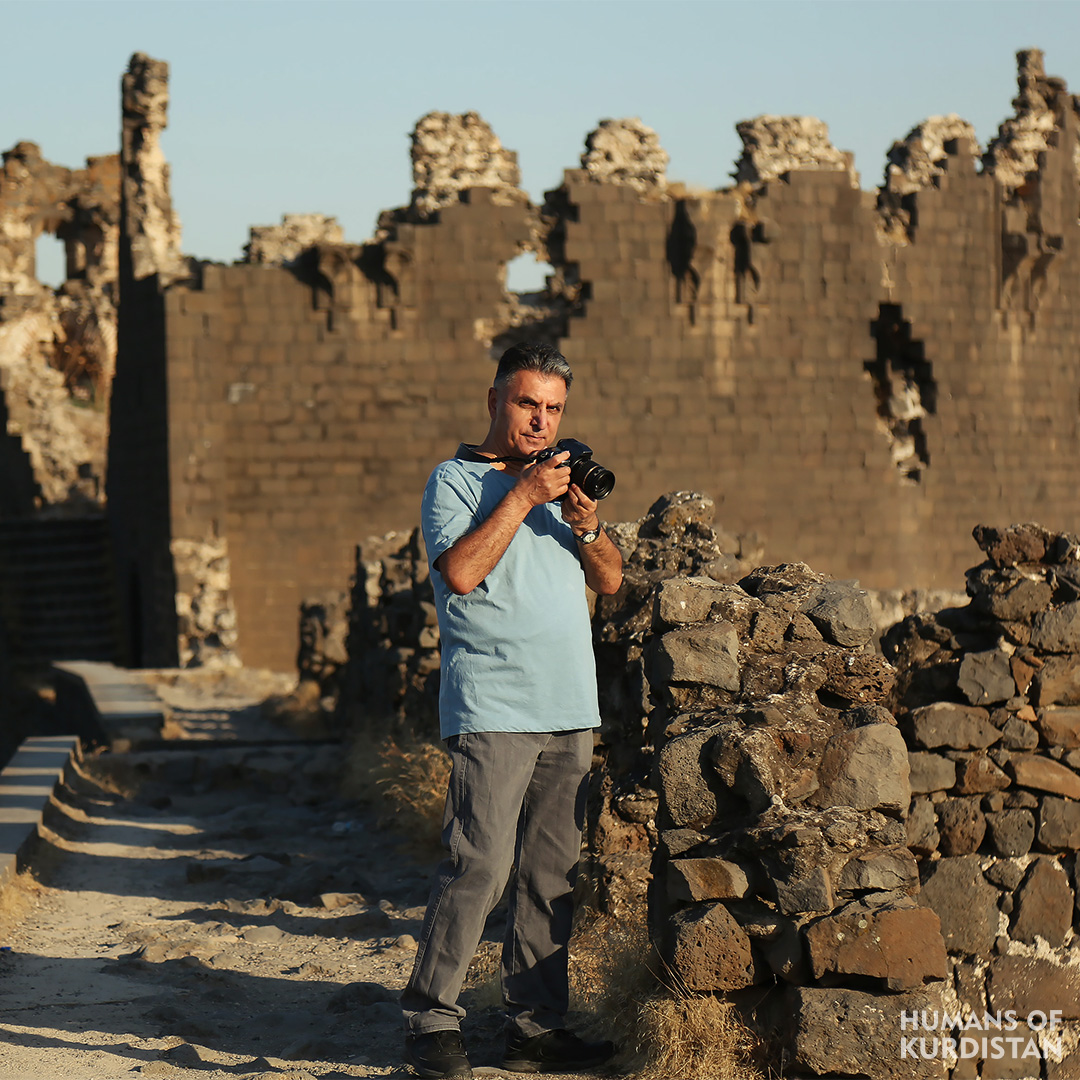 “I am Muhammed, I work as a photographer in Amed. I started this job at an early age. I took my first photo in 1970, which was my wife’s. In 1974 it was published in Ankara’s magazine. I started working as a journalist in 1976. Since that year and until 1992, I continued as a journalist and photographer and worked with many of the Turkish newspapers and agencies. After 1992, I had no choice but to leave my job. After that, I got busy with culture and arts research, some of which were published in several newspapers. In these last 10 years, I have started painting as well.”

“In 2017, the World Arts Federation identified me as a photographer and in 2018, they awarded me the arts prize as an artist. So far, I have been chosen by 20 photography organizations from different countries as an honorary member. I take photos of historical places and nature and I am now working on the Kurdish artists’ portraits. So far, I have taken pictures of 200 Kurdish artists in Duhok, Sulaimani, Rania, and Hawler. I have opened 5 photography exhibitions in southern Kurdistan, two in Amedi and 12 in Batman, Urfa, and the USA.”