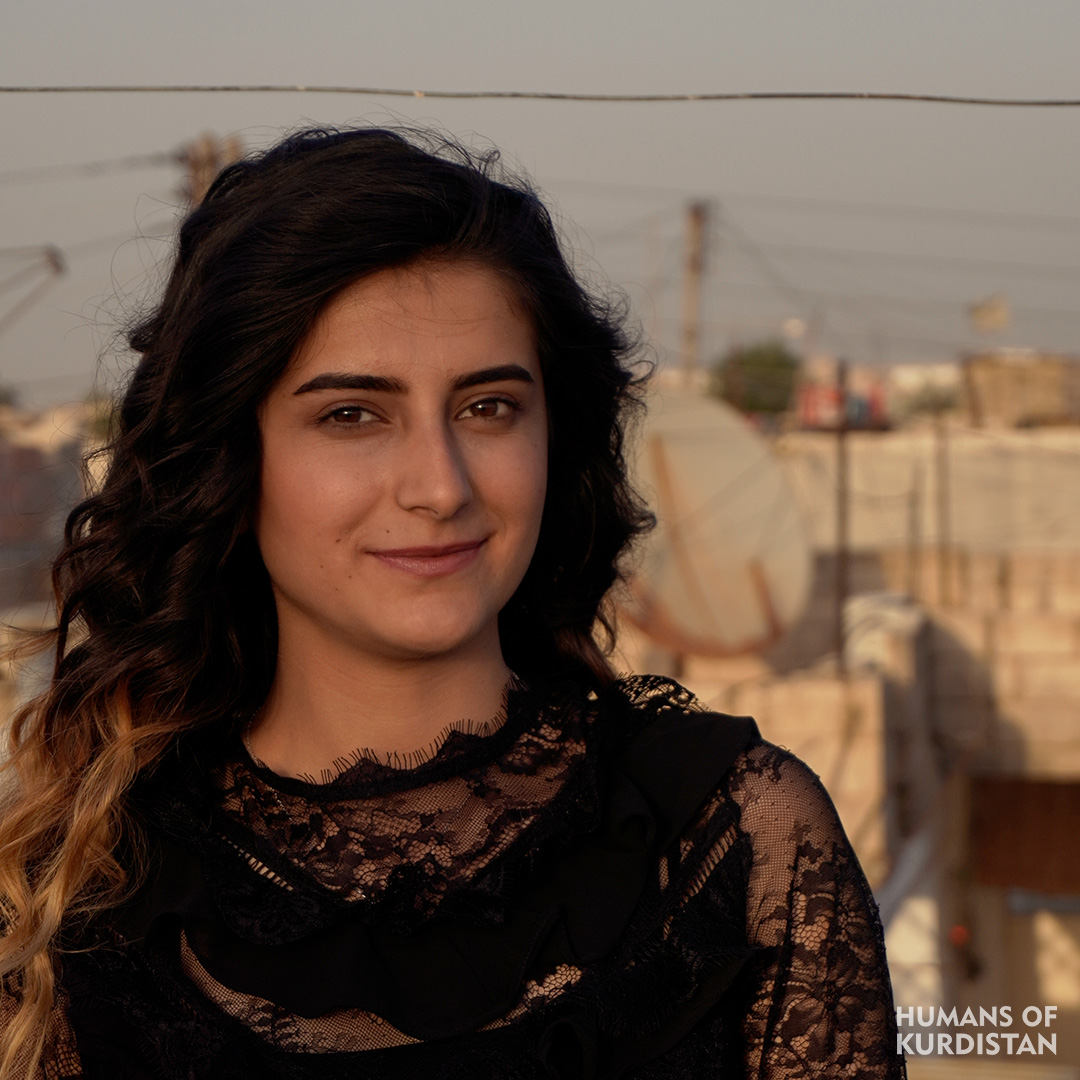 “As a field reporter I work for an establishment. Once I finished my bachelor degree, I came second in Hasaka, and seventh in Syria. I didn’t go back to the university because what I wanted to study was only available in Latakia and due to my financial situation, I wasn’t able to register. This became very hard for me for a long time, but because of my family’s support I was able to register at the Media Institution and after a while I became a reporter.
During my working time I went through a lot of things. One time, we were busy with reporting about the ISIS women in Al Hawl camp, which is one of the most dangerous camps in the world. One of the women there attacked me and tried to stab me because I was not wearing a hijab, she called me an infidel.
I currently live with my family and all of my brothers have migrated to Europe.”