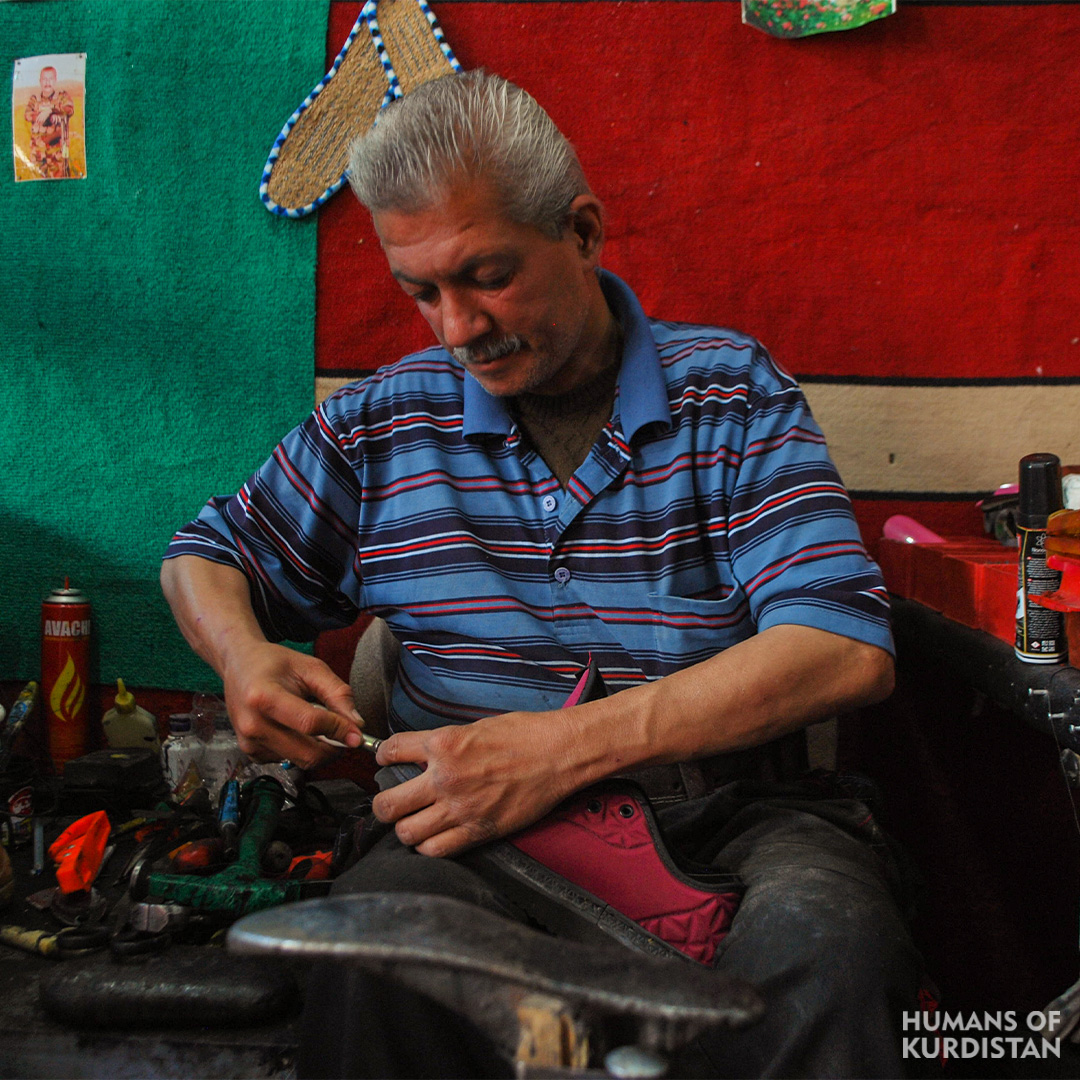 “We lived in Baghdad in the 1960s, we consistently visited Sulaimani until 1980. I was born in Penjwen, but I spent my childhood and teenage years in Baghdad in the Qanbar Ali neighborhood. That city is still one of the cities that lighten my heart.
I would try to run away from school, so I only studied up until fifth grade. I went into the shoe making factories from an early age. I enjoyed the experience so much that I did not eat on the first day. I had cut my hand, but I continued working with the blood on my hand. On my first day at work, they decided to give me a weekly payment and in a short period of time, I was able to become a master workman in the factories”.

“I had an extraordinary competence in shoe-making. Just by watching the master workmen, I would be able to do exactly what they did.
I fell in love with my job, I would devotedly make shoes. At the same time, I was able to obtain a good deal of money and help my family as well, because my father was poor.
Even after I became a Peshmerga in Baghdad, I did not give up my work. I would often go to the factory in my military uniform and would change there and start working. In 2007, we came back to Penjwen and to stay in the job, I opened this shoe repair shop.”