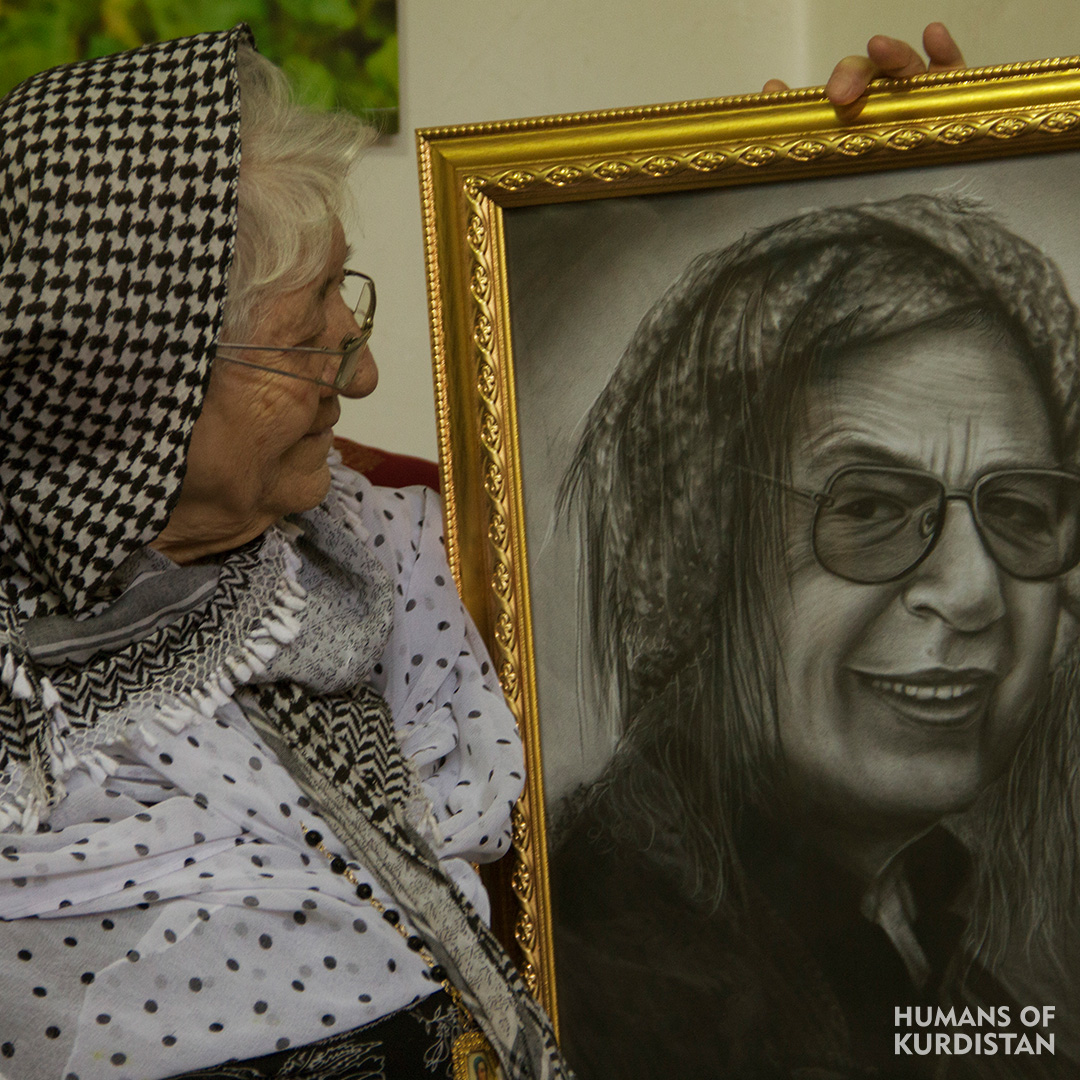 “Mamle used to live with everyone, night and day, in the gardens or on the mountains, in gatherings. He was very down to earth, and used to talk to adults and children the same way, he was always smiling and had a great character. Even if a child had asked him for a song, he wouldn’t have refused the request, he was a very simple man. He was young when he was surrounded by young people, and old when surrounded by old people.
Mamle’s family all have amazing singing voices, and this is why Mamle is had taken singing as his path to become one of the most well known artists in Kurdistan’s history.
His father used to gather his children and teach them singing all at once, and they had all learned singing. He used to correct their mistakes and give them valuable tips. Mamle even has many recorded songs with my son Chalak, and we still have them.
Mamle had officially recorded his first song in 1938 and it is called (She left me).”

“We were together for more than forty years, we have many memories together, and I always say it with pride that I was Mamle’s wife.
I spent forty years in sickness and health with the amazing artist he was. I am proud of each and every day I had spent with him, I was living my best life with him.
People always show a lot of respect to me, but It will never be the same as when he was alive. We always had many guests in our house, but now the house is just empty. My life will never be the way it was with him.”