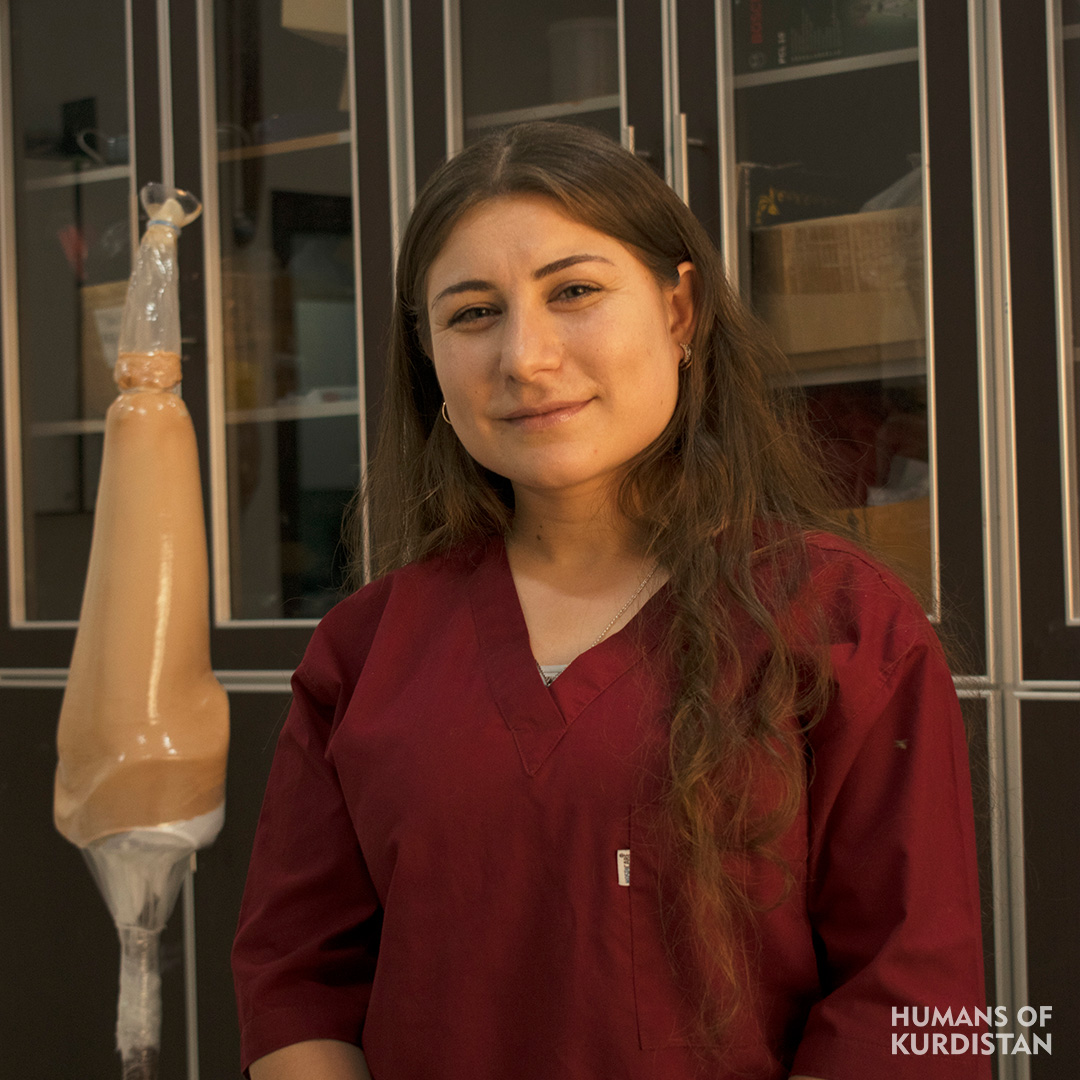 “We used to live in Damascus, the capital of Syria. When the revolution began, we returned to our city, Derk. A month after my return, I was inspired by what the women in YPJ were doing, they were just starting. I decided to contact a cousin of mine who was a part of YPG so that I can defend our territories against the Jabhat al-Nusra militia. In the last months of 2013, during a bloody fight against Nusra militia I was badly wounded, and lost one of my legs as a result.”

“I had to use an artificial leg afterwards, and after some time of using it, I decided to start this job. Through the Kurdish red cross’s center for artificial limbs, I have been able to do this job for four and a half years. Now I have become a trainer, too. It is a really good feeling when I make an artificial limb for someone and teach them how to use it. I see hope and delight in each and everyone’s eyes at that moment.
I was getting a lot of abuse while using my artificial leg, but I didn’t care and wanted to prove myself so I can become a model to bring back hope to all women and the female fighters.”