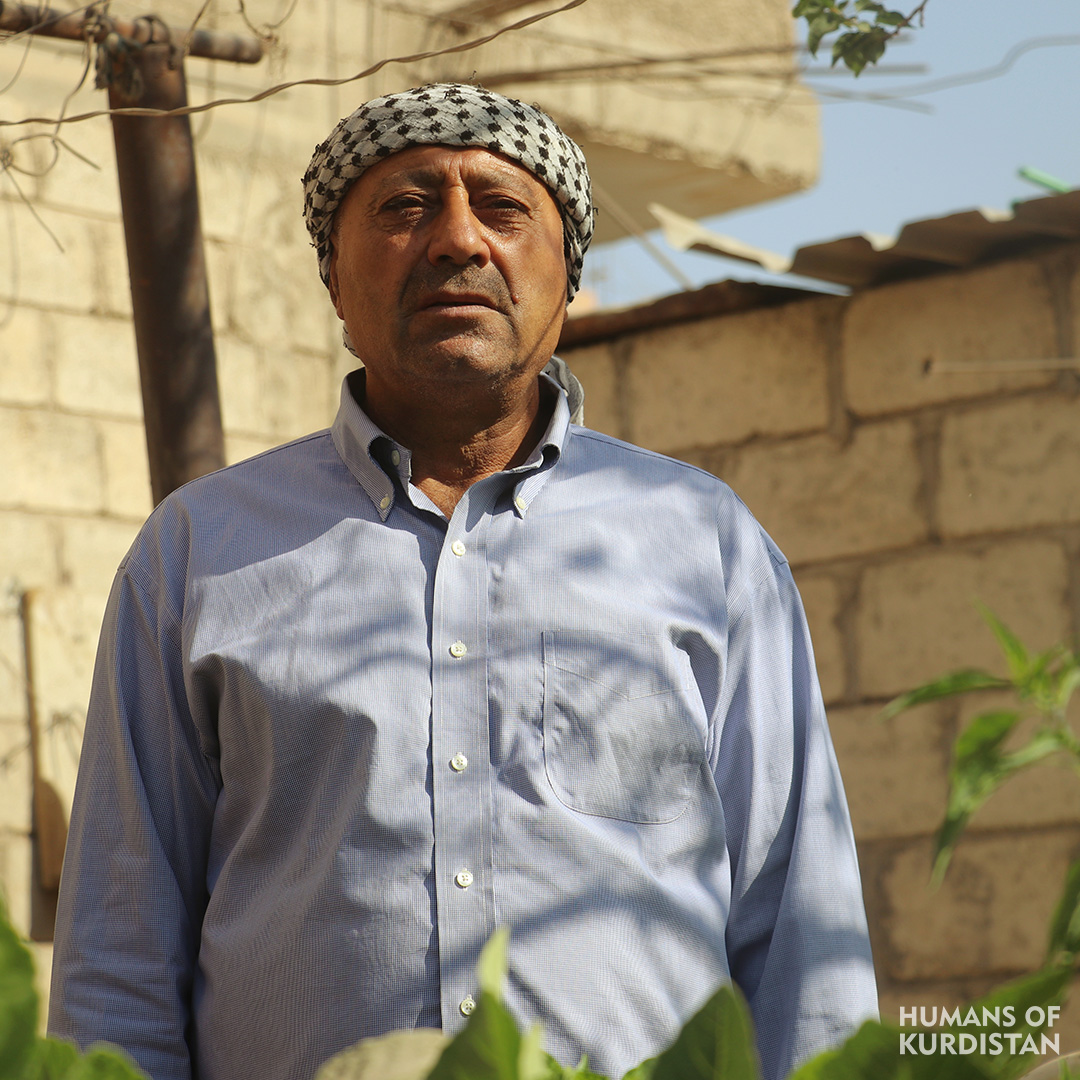 “I was born in one of the villages near Amuda city called Ali Goran village. The name has come from an incident in the old days. When I was young, one day I was sitting down with my grandfather and a group of elderly of the village when I was thirteen years old. Someone in the group had asked about the name of the village and that’s how I knew what the story was.
They say that a woman had been in labor and about to give birth to a child, but before the child had been born the mother had died. So they’d buried both of them in one of the cemeteries in the village. That same night the people of the village noticed something coming out of that exact grave. They’d no idea what it had been, a ghost? a human being? They became very scared and had left it like that until the next morning.”

“The very next day they had found out that the child was born in the grave, and moved and had come out of the grave. Back then, they didn’t have the awareness or knowledge to see whether the child was alive in the mother’s womb or not, so they had buried them both together. The child had lived and was named Ali, and Goran comes from the Kurdish word for grave (Gor), I still remember this story word for word, but have no idea whether it’s factual or fiction. Nevertheless, this is how it has been told for many years.”