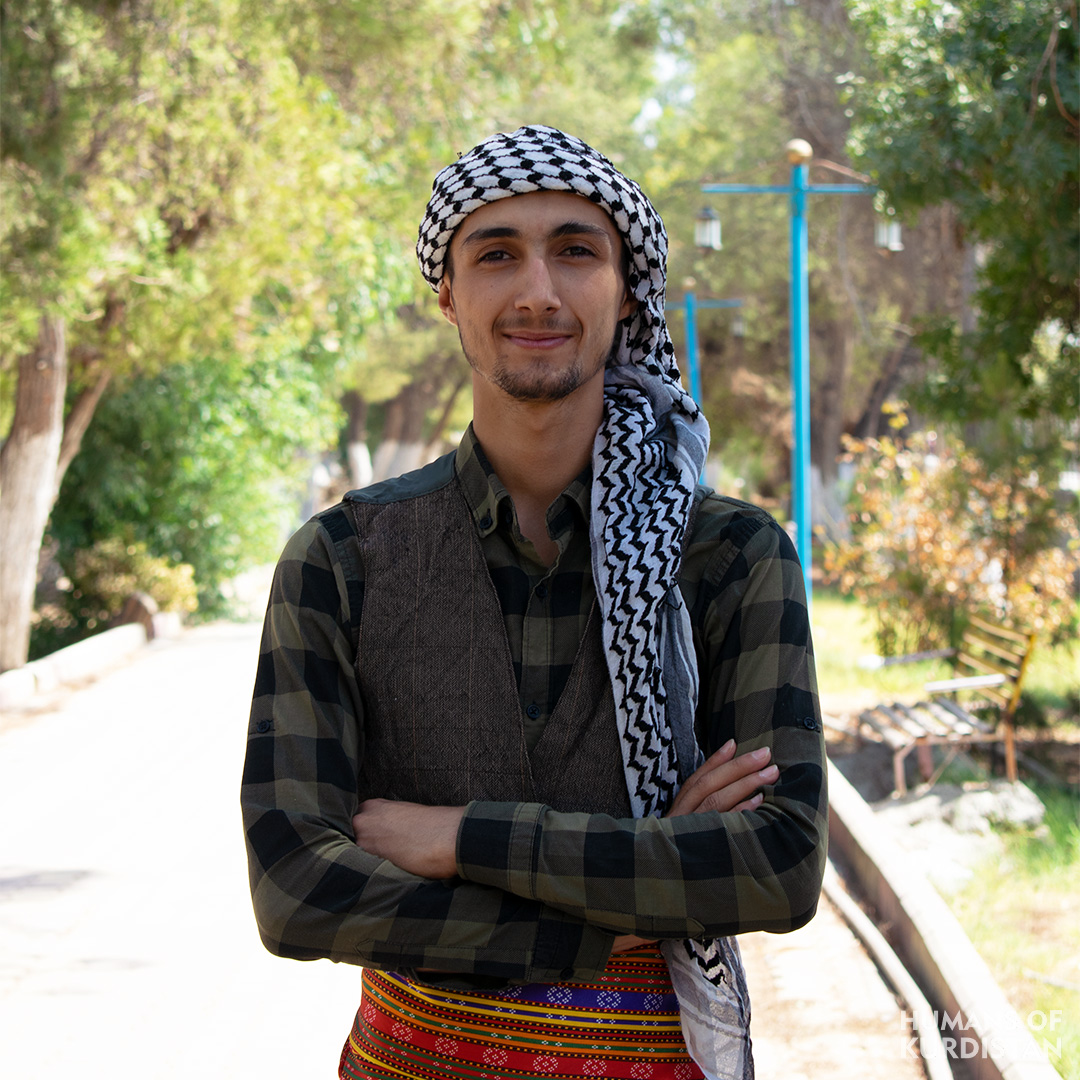 “My two brothers were in a dance group as kids, but they joined YPG when they grew up. I learned dancing from them, and for about three years I was in a children’s dance group. Once I grew up, I joined an older dance group and then became the trainer of the group. Despite my young age, I taught dancing to a lot of students.
In addition to dancing, I taught myself to play Oboe because not many people are familiar with it here, but it is widely used in Afrin, they consider it as a part of the Kurdish tradition. I was sixteen years old when I bought my first oboe, and little by little I learned how to play. I have only taken two classes, and the rest I learned on my own. Everyone I knew wanted to learn how to play a violin or a guitar, but I preferred playing the oboe. While serving in the army, I was getting some attention because I knew how to play the oboe and dance, and so Farhad Mardi the artist offered me to join their group, and I happily accepted.”