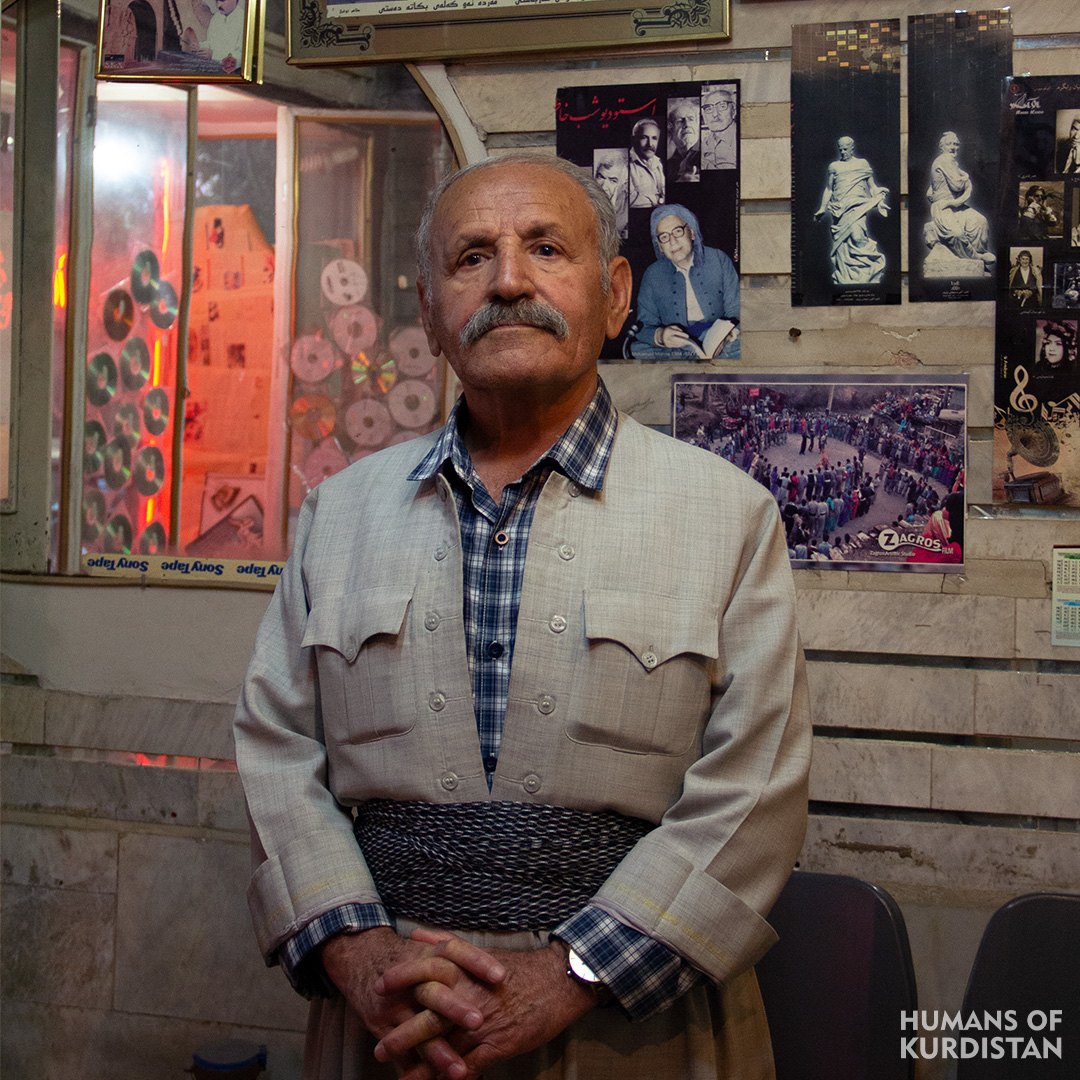 “After I received my diploma, I became a teacher in Mahabad. However, I was imprisoned for three years. A lot of bad things happened in those three years; My father and my big brother passed away, who was the source of my inspiration for singing. After I was released from prison, I went back to an empty house.
My brother had a beautiful voice, but no one had been a singer in our family. My father knew that I had a good voice, but he never let me sing in front of my friends when we used to hang out because unfortunately, in our country singing is widely misunderstood. When we bought our first radio device I was so inspired by Tahir Tofiq and Mohamed Salih Dilan’s poems. Regardless of the folk songs I have studied, I have taken many Badini Melodies and combined it with Sorani poems. I have about 400 unrecorded songs, and many people have asked me to teach singing, but I don’t believe in it.”