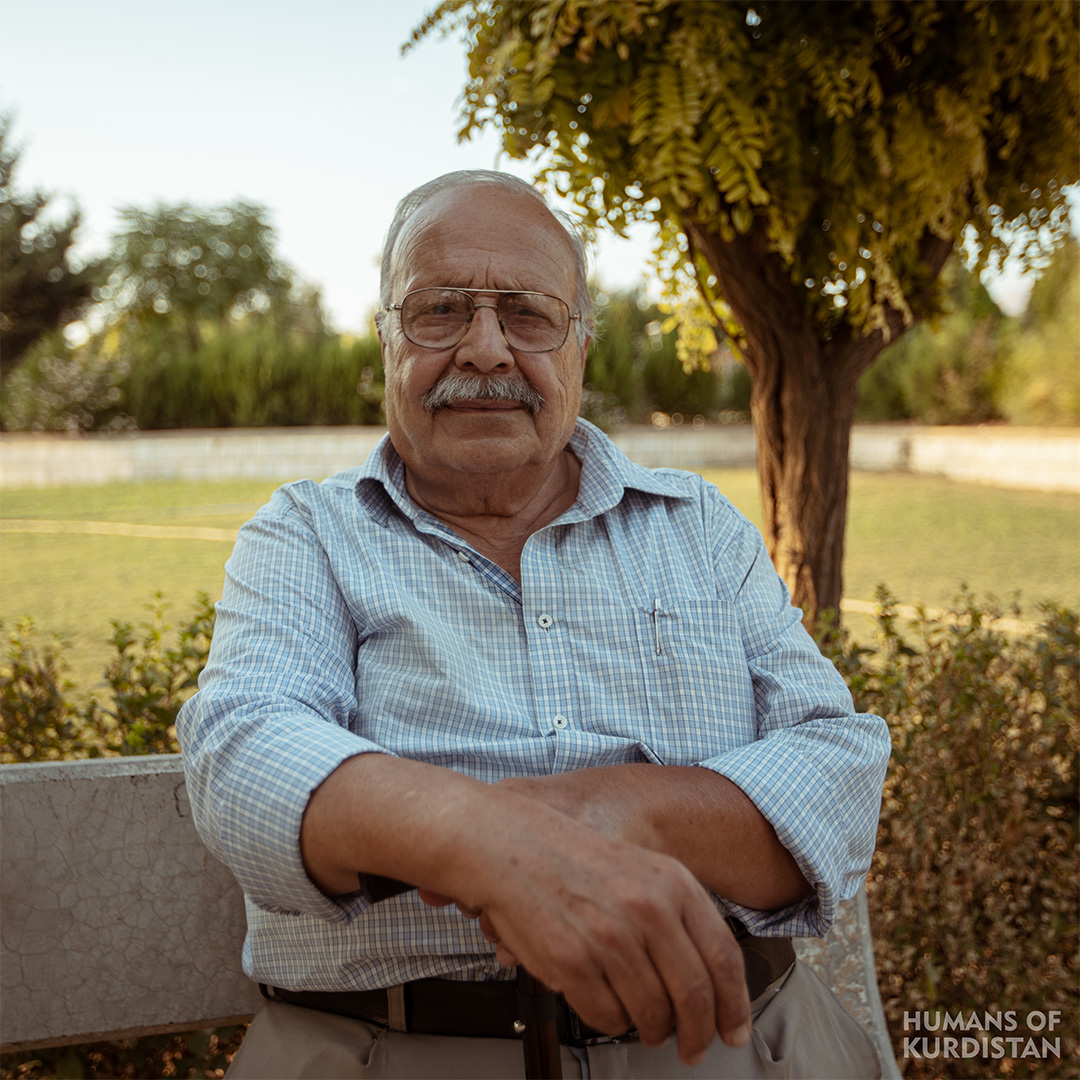 “When I was a student, I really liked the scientific lessons, but I only got 63/100 in the twelfth grade. It was much less than I thought, and I didn’t like any of the colleges that had accepted me. I went to study Kurdish in Baghdad university because I wanted to see Baghdad. I graduated after four years, but I still liked scientific lessons. After several years of teaching I became the principal of Kawa school. All of these years passed and I still wanted to study scientific lessons. One day, we were notified that there was a math course for teachers so I quickly signed up. After I took that course, I started teaching math until the day I was retired.”