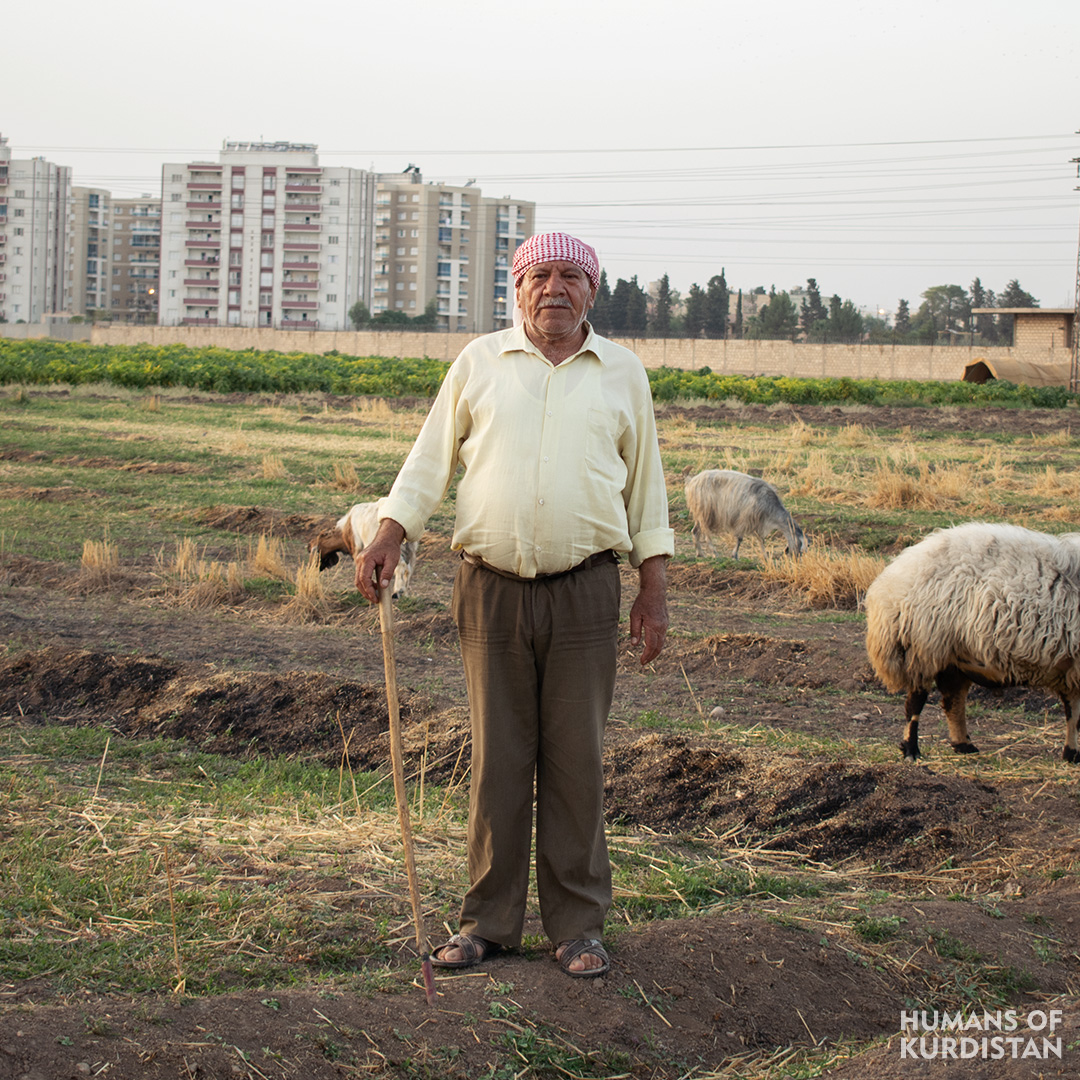 “Because there was a valley in the middle of our village, I couldn’t go to school because rain would flood it in winters. I was the only child so my parents were afraid to send me to school thinking something might happen to me. I was twelve years old when my father decided to buy me some sheep to look after. When I turned twenty, I joined the army, and when the 1973 war happened, I was a soldier. We were about 100 meters away from Israeli soil, and we went into the country at dawn, before the morning prayer we ate since we were fasting, and suddenly a lot of firing were coming our way, but we survived. After a while, we were out of water and food and were ordered to get on our cars and go to another location. At that time we were bombarded and only 20 of us survived. After all that, I went back to being a shepherd of a few sheep so I keep moving and have a good health.”