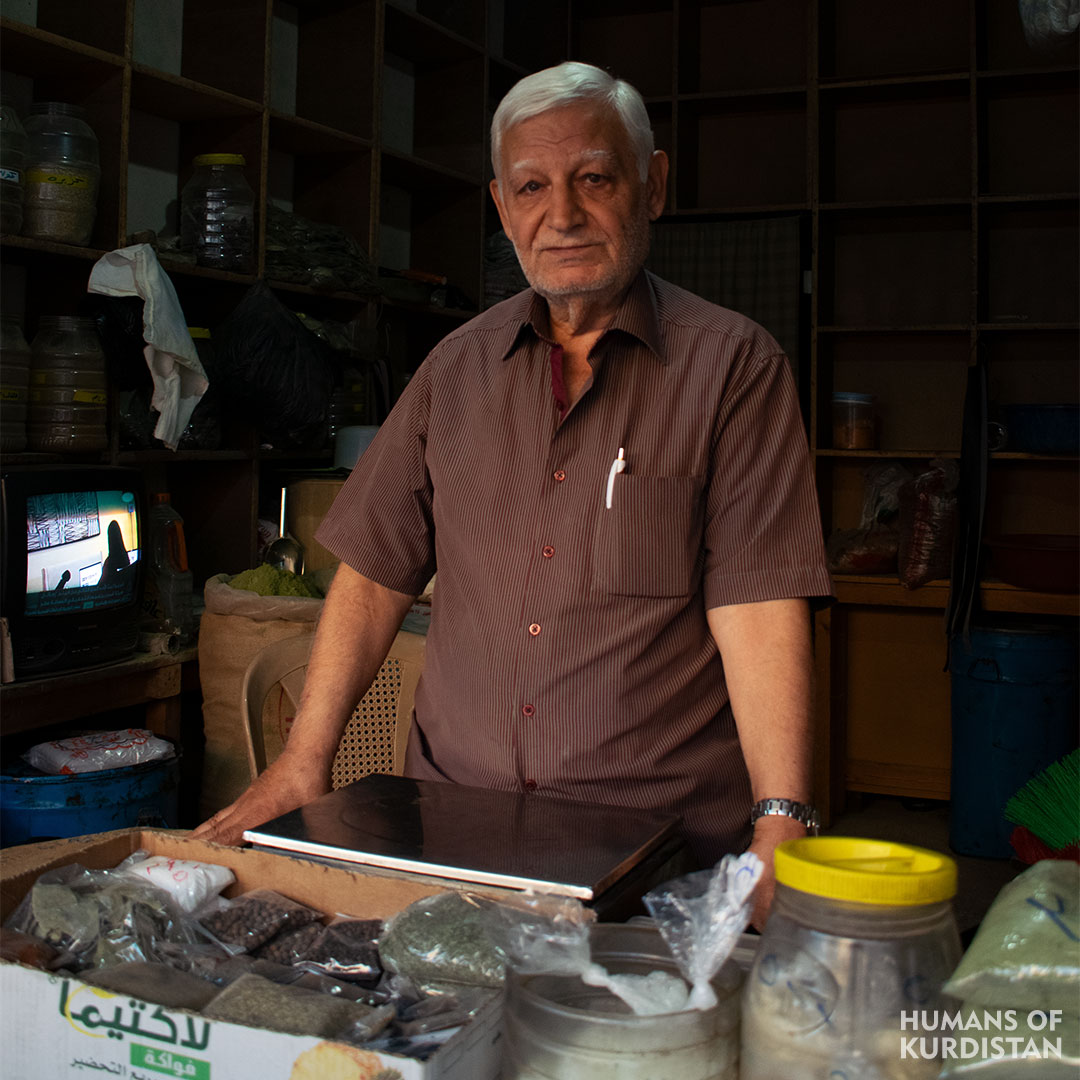 “I am originally from Armenia, during the Armenian genocide my father had left to Qmaishli. When I served in the Syrian army, they sent me to the mechanics department, even though I had told them that I was just a shop owner and had no idea about mechanics. They told me that it’s not possible to be Armenian and not know about mechanics. In 1960, my father had opened a shop selling consumer goods, I was just 16 then, and I have been working there since. I was so attached to the shop, I couldn’t stay away even for a day. Even during the curfew because of COVID-19, I was coming to the shop and was sitting right in front of it.”