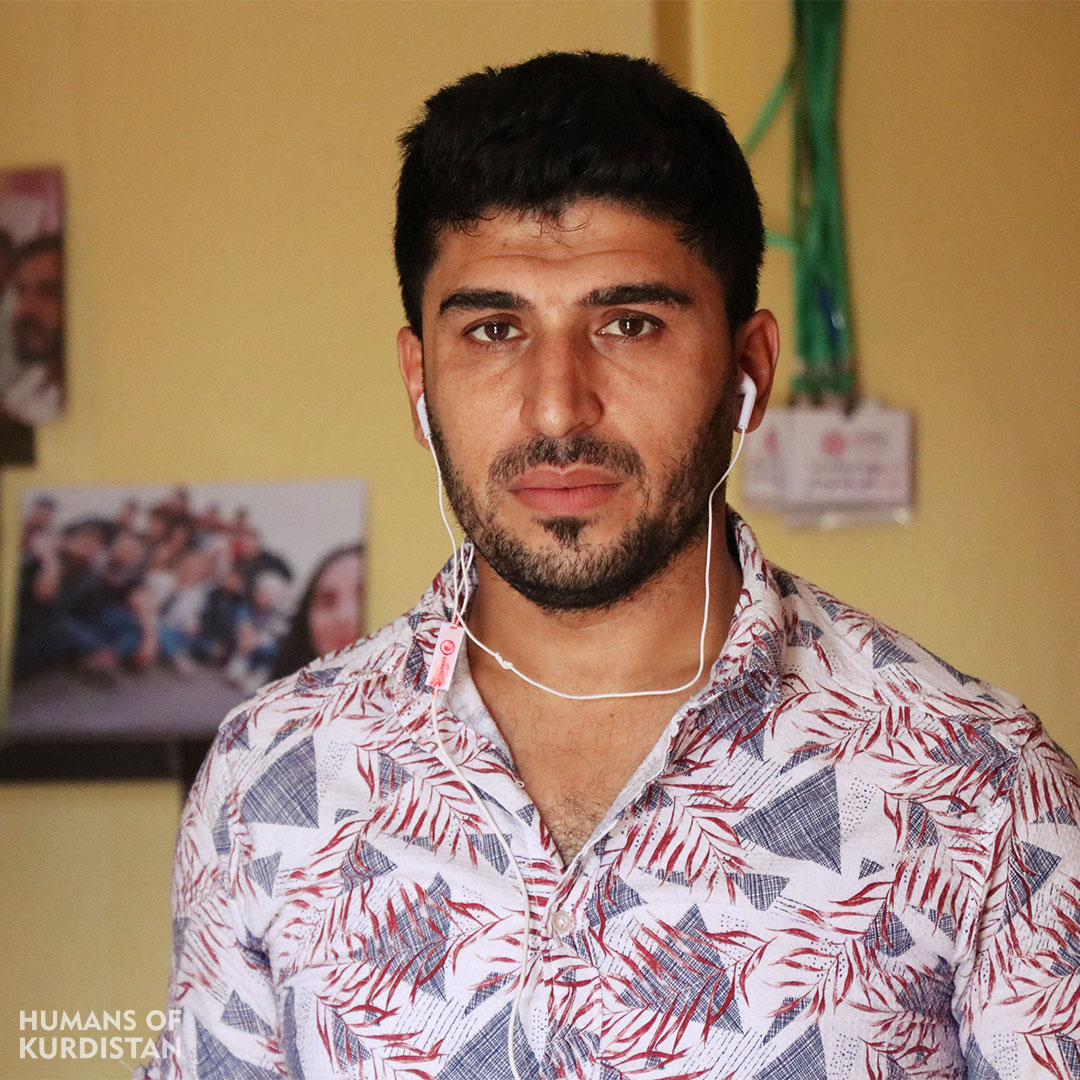 “In 2015, there was an explosion in a Newroz celebration event, I was there at the time. My friends and I got injured, my body had 43 wounds. The event was in the middle of the city, along with three of my friends we decided to attend. The explosion seemed like it happened in a few seconds, all I remember was I was laying on the floor, and there was a noise in my ears. I didn’t feel the wounds in my body, I saw everyone laying on the ground covered in blood. I wanted to get up and help people, I could barely recognize my friends because of all the blood, and I was unconscious after a while. Once I regained consciousness, I was in the hospital and I was informed that my friends were missing, I found out later on that they were in another hospital. It was a terrible night for all the people there. I was on a bed for several months until I was well again, we stayed in contact with my friends through the internet, and that helped me survive and keep going in life.”

“After two years, in 2017 I was in a shock when I was diagnosed with cancer, I was truly upset asking why me? Why is does my destiny hold so much unfortune. I survived an explosion, but now I’m diagnosed with cancer. I went to Damascus for treatment, and chemotherapy was truly difficult. All that fear and uncertainty was like dying to me. My life stood still, and I was going through a rough time. I got treatment for a year and survived cancer. I have been well known for eating a lot of lemon, I either drink its juice, or have it with other food, I eat about half a kilo every day. Maybe that’s what helped me survive cancer.”