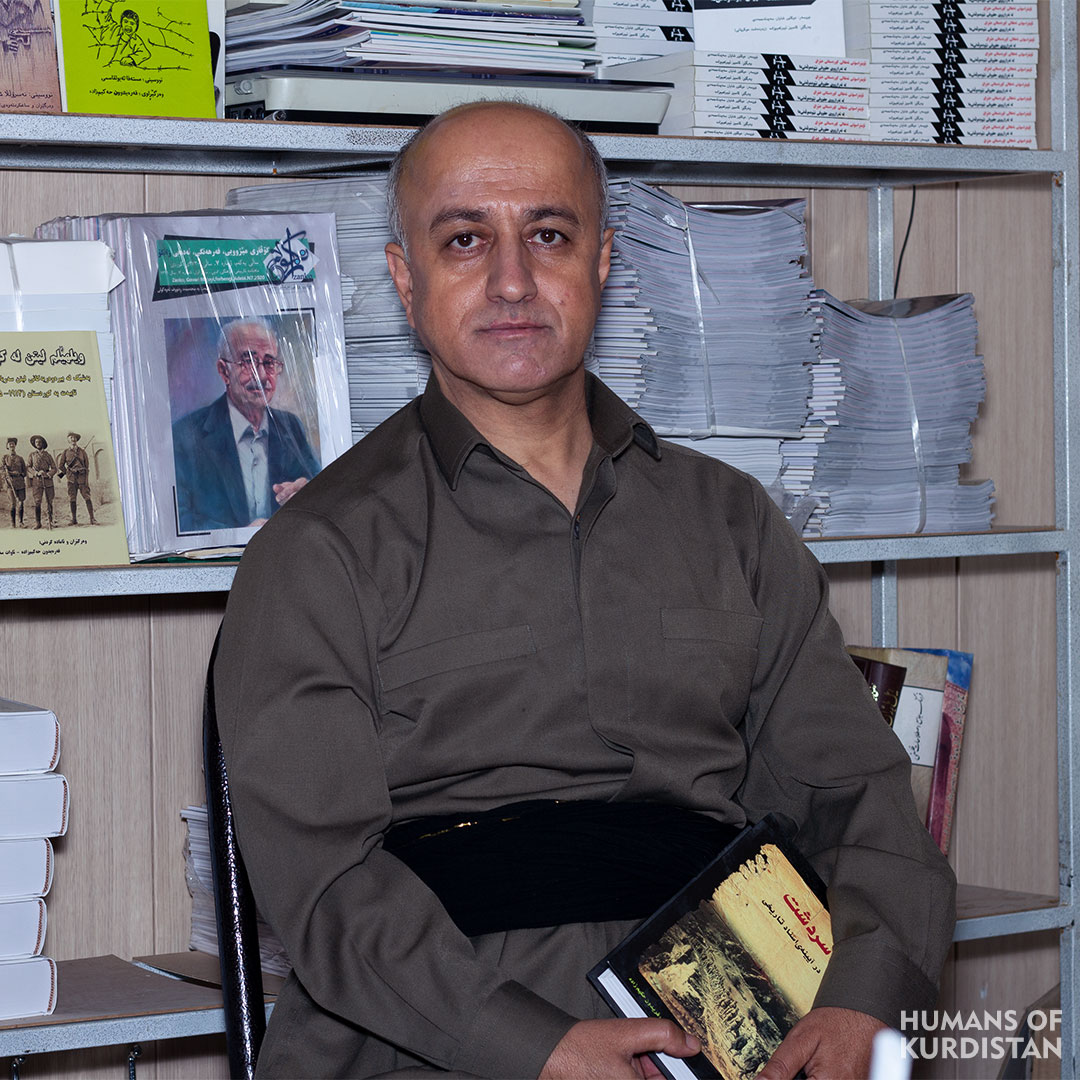 “One day, with our family’s stress, and the crying of a lover, along with 8 other people we went to Gunbadi Caus city to join the military. I was going to bed every night having my girlfriend and her kiss, and my city in mind. That dark day we went back very tired to watch the TV reporting that Baghdad airplanes have bombarded Sardasht city. We did not know what to do. After two day of begging, we were able to go to Sardasht. After one and a night on the road, we arrived at Sardasht, and the city was not the same green city that we had left. A creepy silence had come over the city’s trees and sky, it was a foggy place. My father was very sad that I had come back, but he did not know that I had left my girlfriend in the city of blood and death and smoke. The girlfriend that I was exchanging poems with every night from her second floor window. A stranger in my own city, all that I cared about was her. I used to check every wounded and dead to see if it was her.”

“After 5 days I collected my stuff and left a populated cemetery behind for a green Gunbadi Caus city. Now when I write these lines after 33 years, I’m holding my tears back, but there is a cry in my throat. Bitter memories come and go through my mind. After two months of returning, she was more loyal than I was. Once again, the window on the second floor, Kurdish clothes and a well known perfume, but unfortunately, coughing, oxygen tank and sickness became our reason to cry. Four years of continuous talking from the window, oxygen tank, coughing and eye contact. One night, God and people became the witness of the destruction of the castle of my hopes and dreams as well as hers. We carried here to her burial in the morning. 33 years passed without her, and I’m still suffering.”