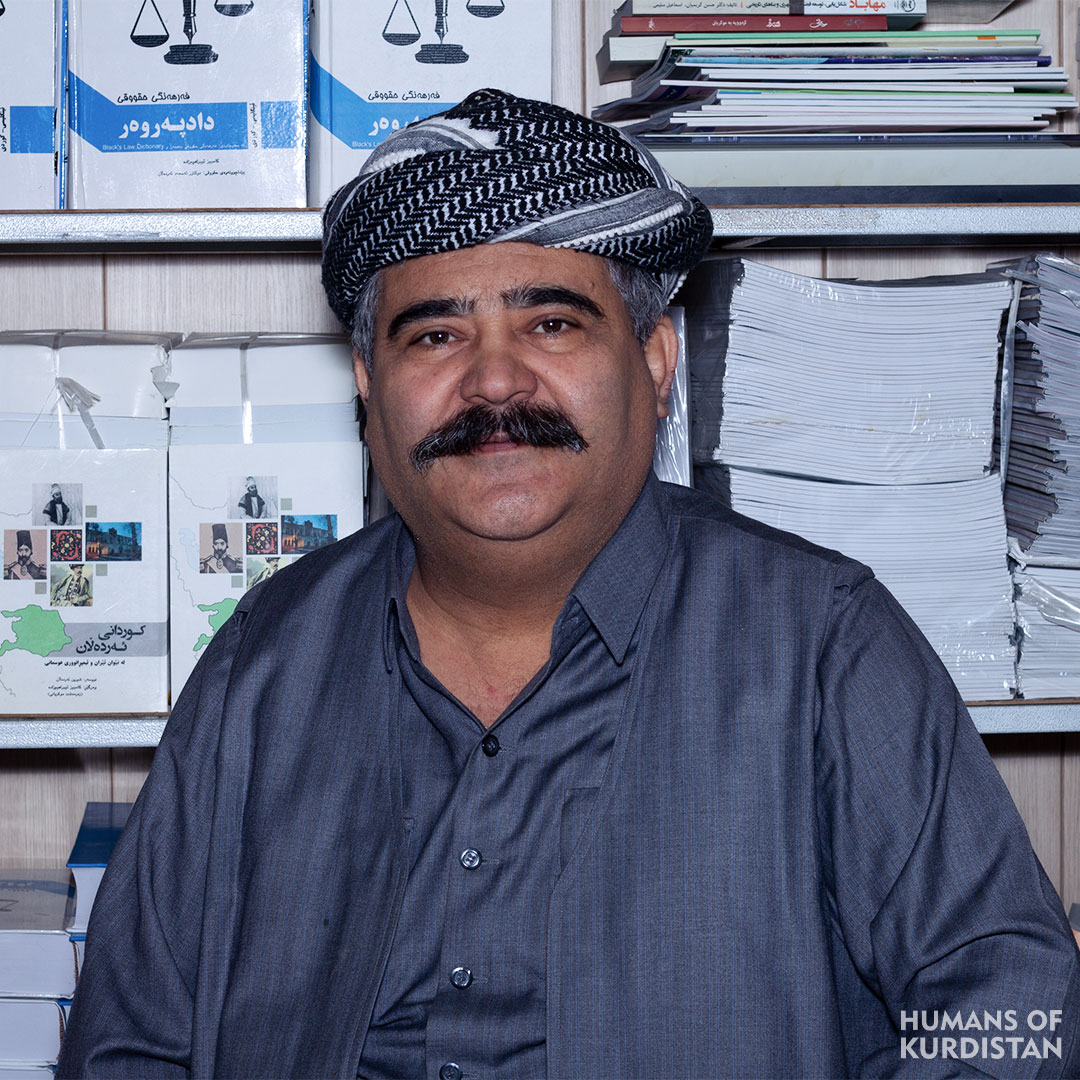 “I had to teachers in school that let students do whatever they wanted, one of them let us write and read what we wanted. The other was the person that I learned Kurdish from. One day he told us to come up with two riddles for the next week, and I had no idea what to do. I asked my father and he told me two riddles, I wrote them on a piece of paper, I read it out loud in class and he wrote them in his notebook. He tapped my shoulder and told me good job, I was extremely happy. He said good job, but you also have these mistakes you need to fix. I thanked him and start writing for myself until I went to college. I was regularly going to Karaj to see Mr. Hazhar, and I was always giving him a letter I had written. He used to look at it and say what kind of nonsense this is? Go and read more. This way, he helped me to stay encouraged to get better and better.”

“Last time I saw him I read one of my poems for him. Mr. Shapol was there as well, and he asked me what I had brought, and asked me to read it. It was a Persian poem called “Mant Bloorin Saghret”. I read it and Mr. Shapol was amazed, he told me good job. They glanced at each other and my eyes were filled with tears. I have been writing and translating texts for 20 years now. I have worked on history and worked closely in international human rights. Many of my articles were published in Media magazine, Komalayty Sardam in the south, as well as Mahabad magazine and Kashkul, I wrote under the nickname Zardasht Mukriani about social, political, and human rights as well as historical subjects. I now run Zanko magazine in Mahabad and it is published every month here.”