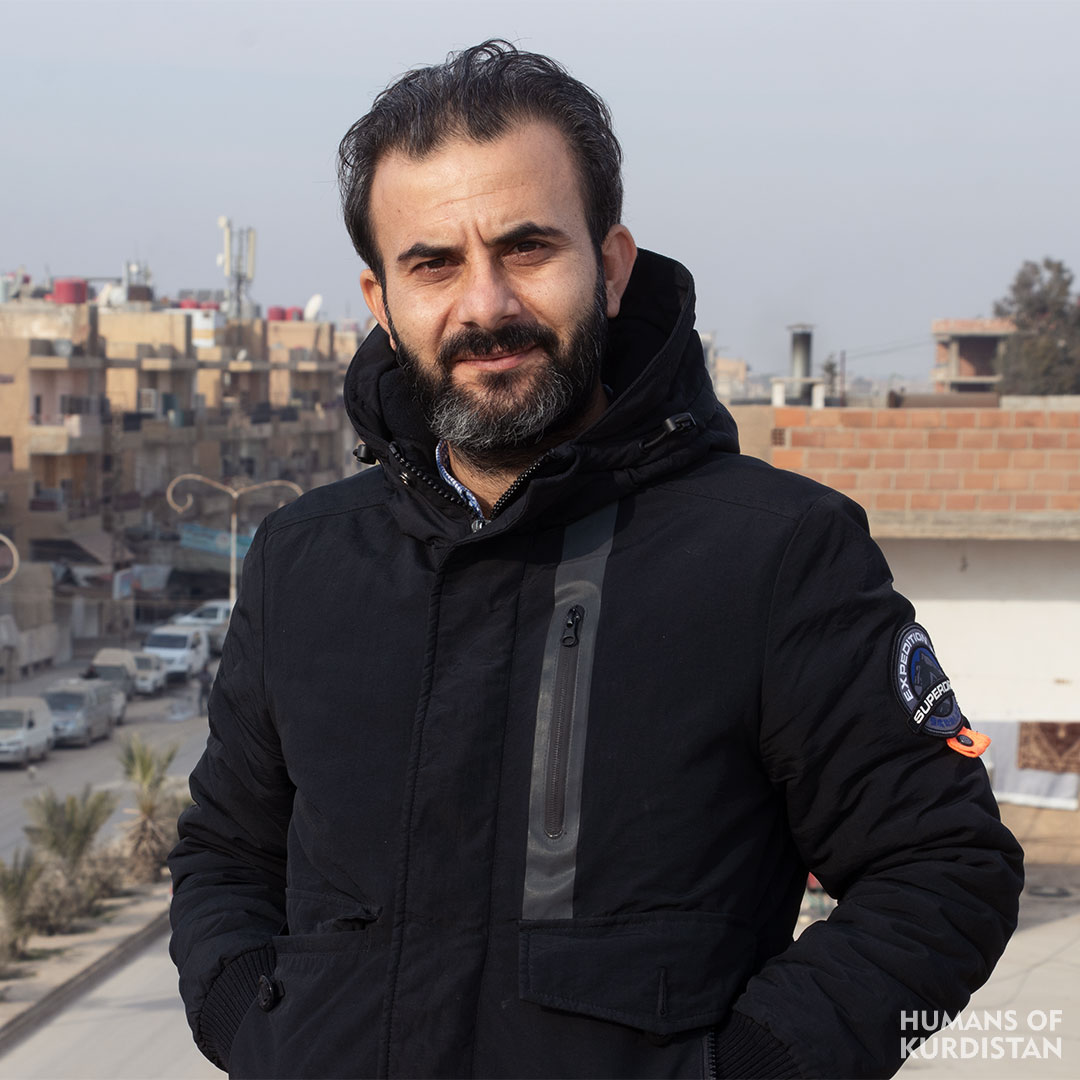 “In 2012 I graduated from college of Media, and decided to work in that field. One of the strangest things that has happened to me was in 2018 when I went to Manbaj for a news coverage and film army forces on the border, I was guiding four of my friends. We went to the frontlines which was between the free army and QSD. We went to a village which was under the control of the free army, there was a checkpoint before the village, we stopped and asked about the road. I was really scared because one of my friends was wearing QSD military clothes, and if they had found out we were going to get caught. I told them that we were civilians and have lost our way, they wanted to check our car, and they saw my friend they pointed their guns on him and captured him.”

“I was sure that there was no way we can get out without informing our families. I ran away into the woods while they were busy capturing my friends, they tried to shoot me, but missed, and I didn’t stop. I got to a river and crossed it, I got to an area that was controlled by QSD and I was finally safe. I felt guilty for what happened because I held myself accountable for them. A lot of bad scenarios were in my head, and I was never going to forgive myself if something had happened. After 8 months and a half, both of the armed forces agreed to swap hostages, I was extremely happy because my friends were in that swap deal, and they went home safe.”