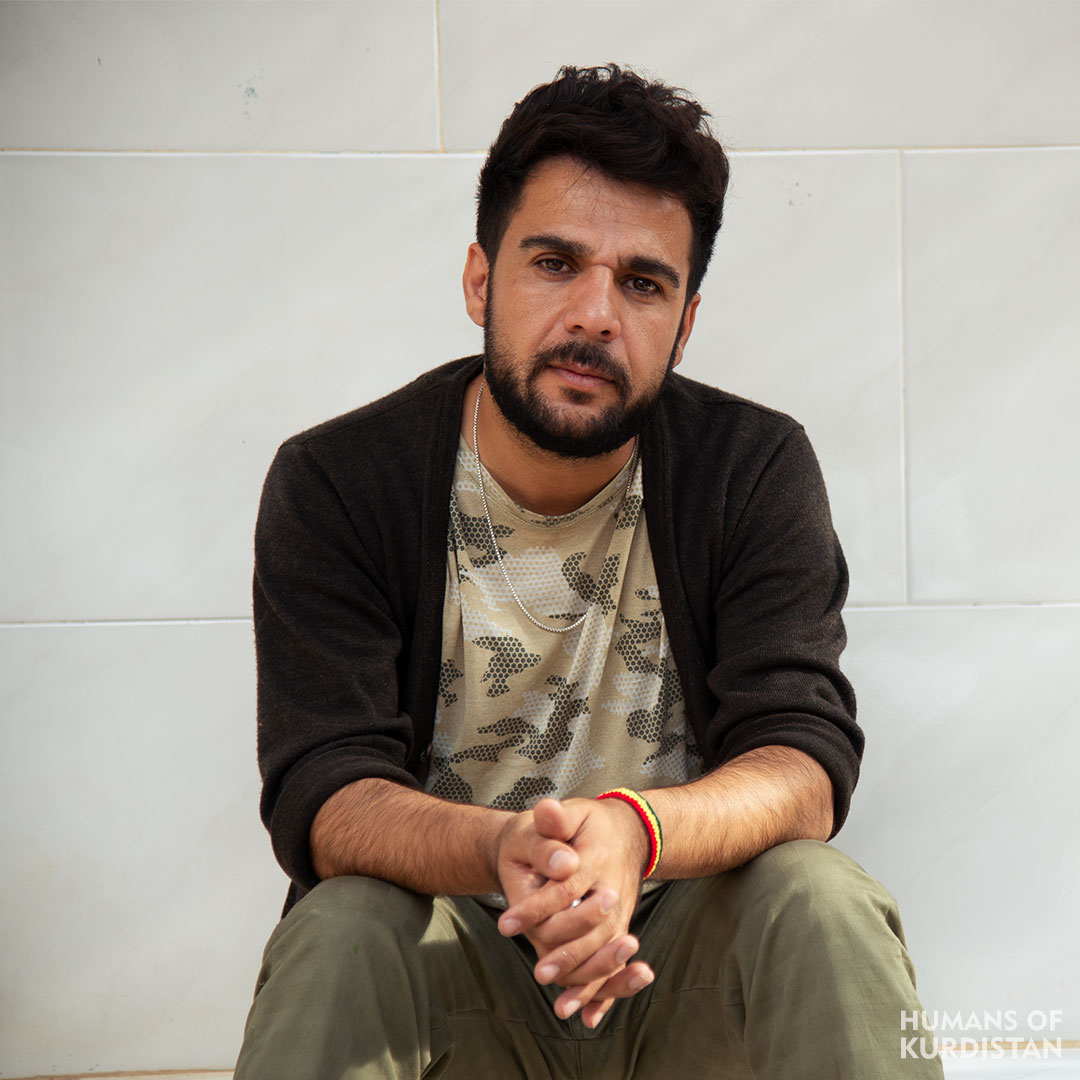 “I have been living in Jwanro city in Kirmashan province for 34 years. I fear a lot from loneliness and death, it even upsets me to think about it. What happened to me a while back took all the good and bad in my life with it. During the expansion of radical Islamism near our area in the previous couple of years, on a cold winter night, several masked men came to my shop, they had knives, they wrecked my shop and even injured myself. This had been the worst thing that has ever happened to me. What hurts people in this world is people who believe that they are the only ones who know all the answers, and can’t accept any other thoughts. I still think about that night, and there is no worse memory in my mind because it was unfair, and I can never forget it. Several years have passed now, but it still affects my life, my life has never been the same since. After that night, I realized that as hard as you make it for yourself, life gets harder, and as easy as you make it for yourself, it will get easier.”