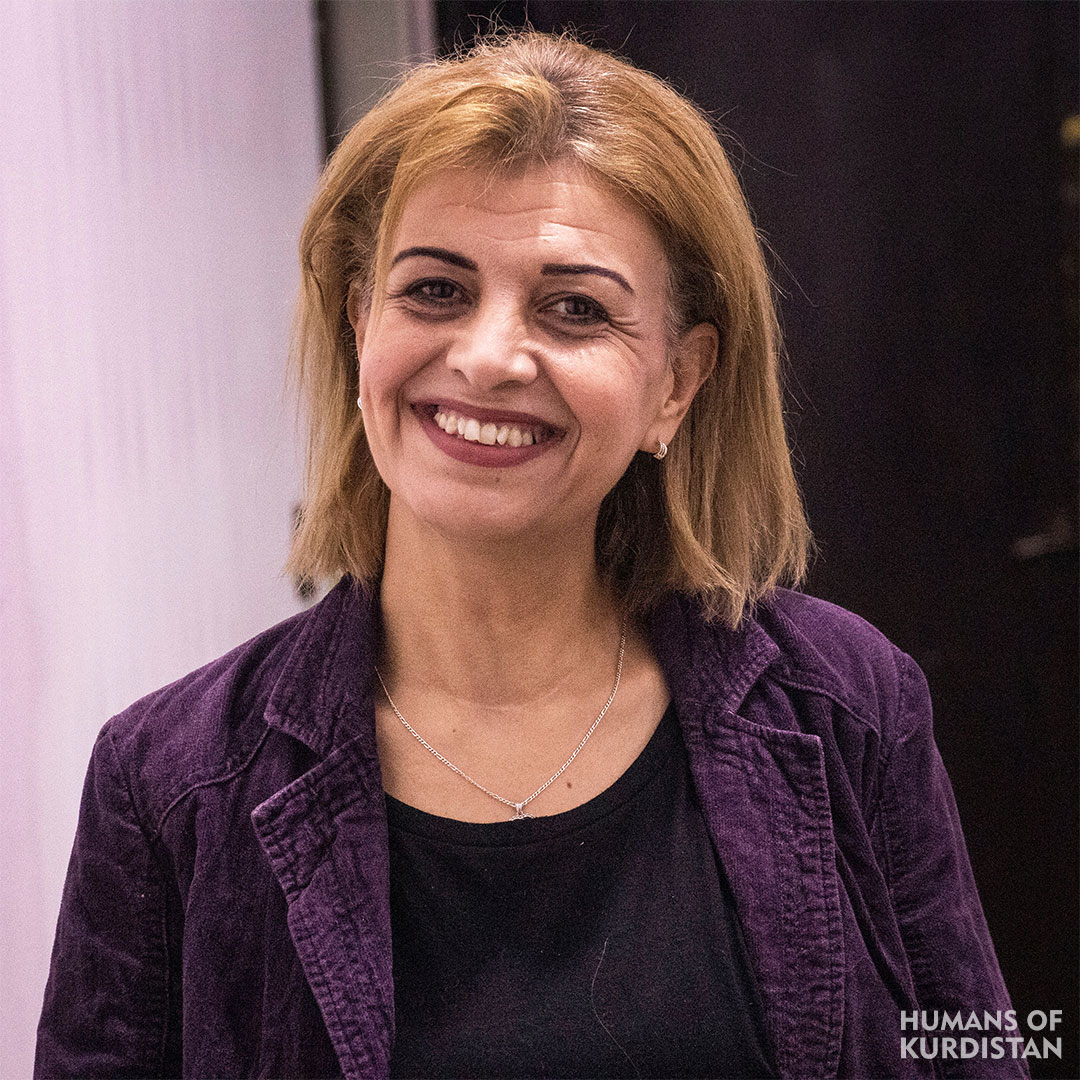 “I was born in the 1970s in a village close to Amuda city. I was raised there and studied in the elementary school until I got to third grade. Our school had no girls except for me and my cousin because they thought that education is only for boys. There was a stigma for girls in education according to the culture of our village, and most of the girls in our family didn’t go to school. Therefore, my father decided that we go and live in Hasaka so we are far away from that culture and we finish our education. We spoke Kurdish in our village, and it was difficult to communicate in Hasaka because I couldn’t speak much Arabic. This made me try even harder to study, and I actually was among the top students at that school. In high school, I started loving to write short stories, but I hadn’t told anyone but my father because I wasn’t very good at it. During final exams, I was going back to our village to study because it was quiet and suitable for studying”.

“During that time, whenever I used to go outside for studying a woman from the village would come up to me and tell me to continue studying, and was also telling me about her problems. Saying how her husband and her husband’s family are pushing her because she wasn’t able to get pregnant, and many more problems. We became friends that way, but after a while, I was informed that due to those problems she had, she had committed suicide. I was really affected by this, and it became a reason for me to go out there and show that I exist. I wrote a story on that woman and all the trouble she had gone through, but I didn’t publish it. I finished high school with a good grade, I got accepted to college and was able to travel to the capital, but my grandfather didn’t accept it because he couldn’t let me leave as a young single girl to a distant place, and I accepted that. I went to a teaching institute in Hasakah, I finished it and was one of the top students.”

“I was employed in a school near our house, my former classmates were jealous of me then, but I wanted to work in a distant place so I can meet new people, go to new places, and improve my writing. I secretly kept writing fantasy and stories, but kept it hidden fearing my society wouldn’t accept a female writer. I then got married, and my husband accepted me being a writer. He really supported me, and encouraged me to publish my writings in publications, after my father, he was the second person to support me. I then started publishing what I was writing. I used to first write fantasy, but I found out that I am a better writer if I write about reality, I then started writing about Qamishli, Hasakah, life, wars, diaspora, women’s problems and unfortunate people. I published three series of poems, a series of stories, and I’m now finishing a novel. I want to tell every girl out there to do what they would like to do, do not be afraid to show your talent and goals. Today’s world is much better than our world used to be.”