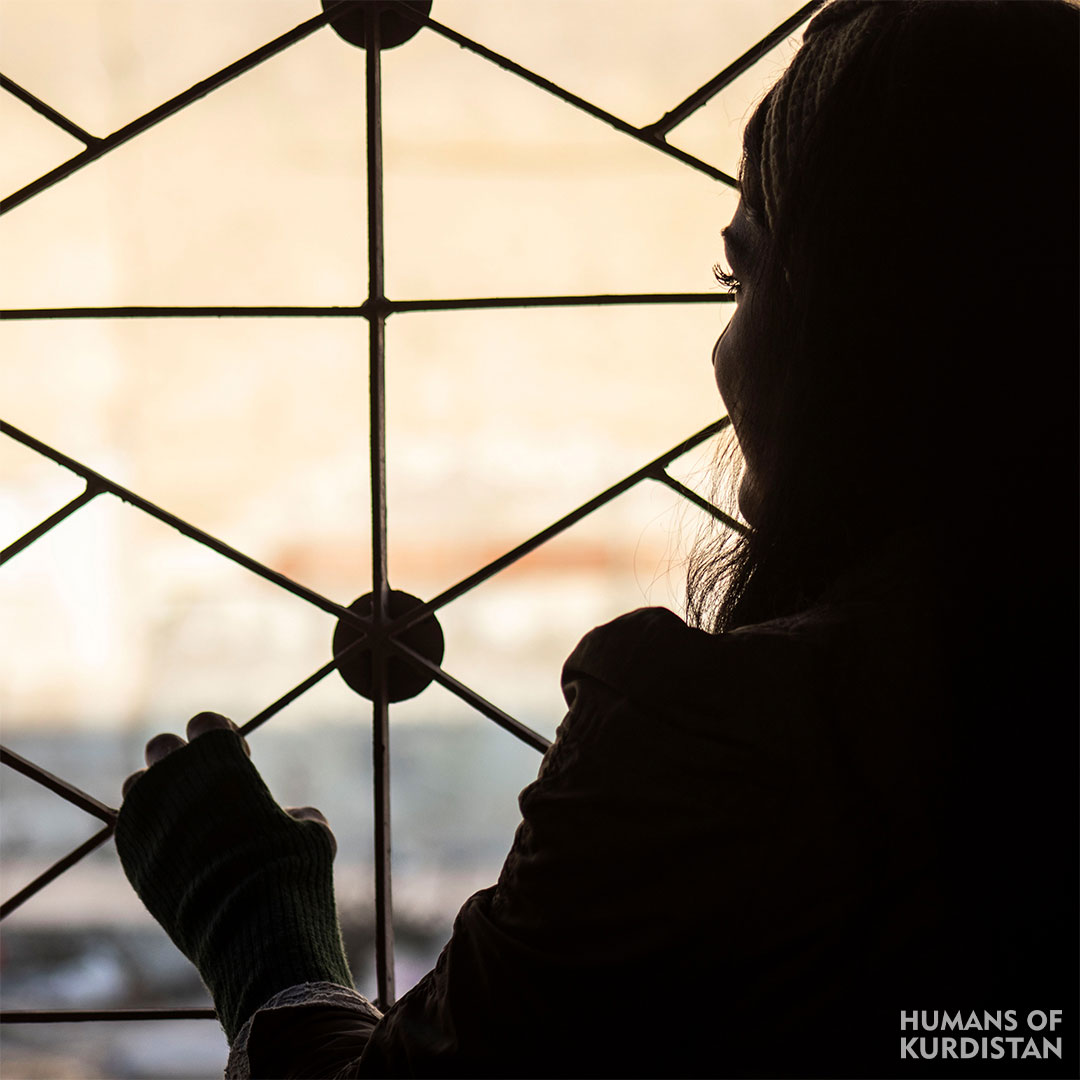 “I was a sophomore in college in 2014, my family decided to go and live in Germany due to the financial crisis in the country. I stayed here because I wanted to finish my education, and my father decided to stay with me until I graduate, and then we go together. I graduated, and soon a guy from Hasakah proposed to me and I got married, my plans to leave had failed. My father was still going, so he went to Erbil to finish his paperwork, I went along with him until we got to the border because I knew I wasn’t going to see him soon again. His paperwork work was delayed, and then refused, and so he decided to go illegally. One night he called and said that he was going along with eight other people through the Iraq-Turkey border, but they had failed due to the mountainous areas. He then told me that he wasn’t going and he was coming back to Syria”.

“I talked to him the day after waiting for him to say when he’ll be back in Syria, but he said that he’d found an easier way and will be here by the afternoon, he said they’ll have to cross a river and they’ll be here. I waited until the afternoon and there was no sign of him, several days passed even without any trace of him, we had no idea what had happened to him. We were worried that he had been arrested on the borders, we looked everywhere for him. We talked to all the checkpoints, we even checked the hospitals in Iraq and Turkey, but couldn’t find anything. Six months passed by and there was still nothing, until one day my aunt came and brought us news that he had drowned in that river, only one made it out of that group. I couldn’t believe it, so I tried to contact that one survivor. I was able to reach him, he said that the smugglers had tricked them into it, the river was much bigger and deeper than they had said”.

“When they had reached the river, the water hit them with force and none of them knew how to swim except for him, he had been the only one to reach the shores, and when he’d turned around he saw the group drowning, he then had passed away and didn’t know what had happened. All this time their bodies were still in the water being eaten by fish, after six months they were located and extracted. They were recognized through the papers they had. When we became certain, we opened a tent for his funeral in Qamishli and waited for his body to be brought back. I burst into tears when his body arrived and I hugged him and looked at him for one last time. I had lost my father due to the war and the situation we were in, otherwise we wouldn’t have had to take these risks”.