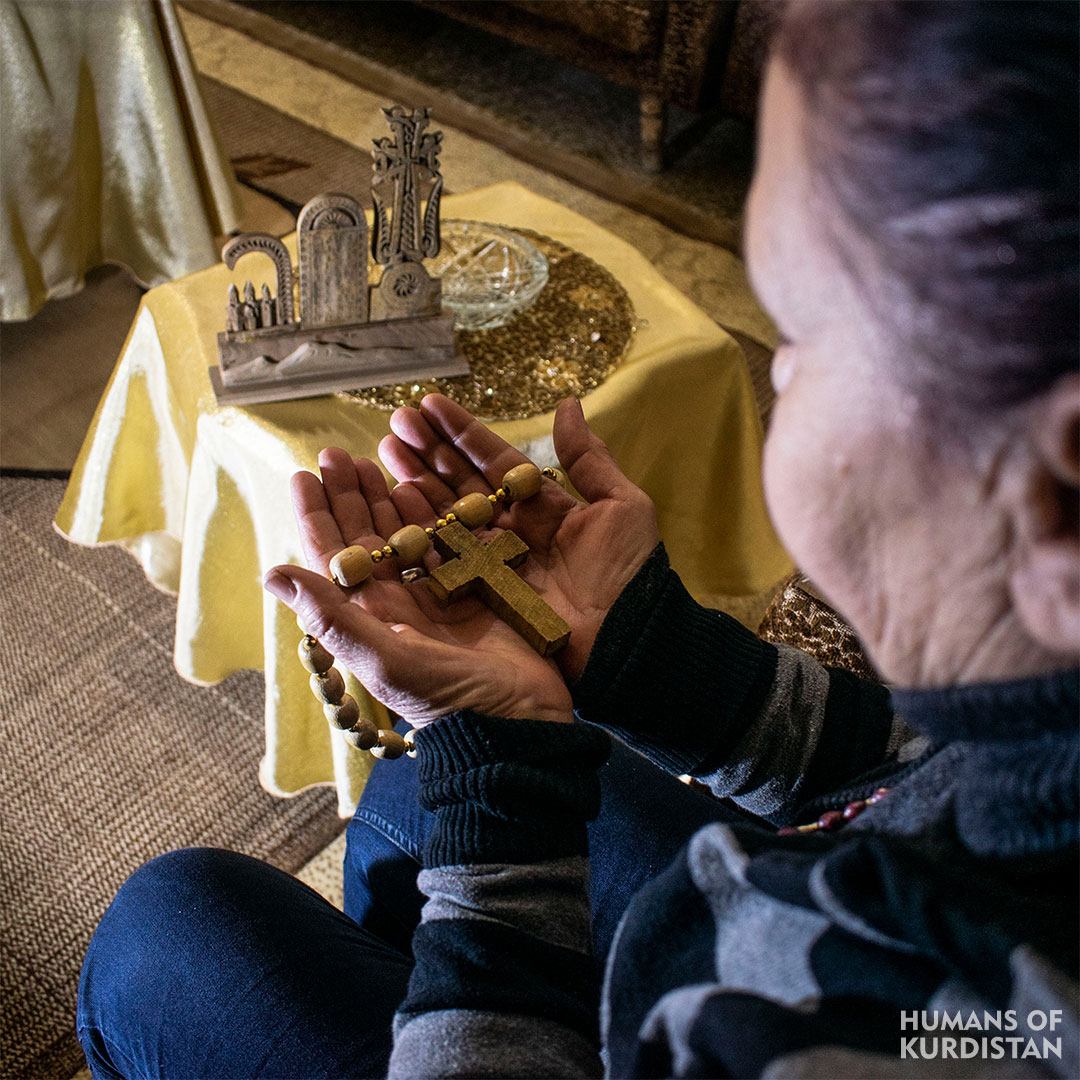 “I am 65 years old, and I live alone with my sister in Qamishli, I have never gotten married. My father and uncle have fled from the Ottomans a hundred years ago, and have come to Qamishli. During the Arminian genocide, my grandfather had been killed by the Ottomans and my father had been only 6 months old. My grandmother had stayed 7 days among dead bodies to pretend to be dead when soldiers roamed around, she had been afraid to move and get caught, but she had later been able to escape, helped by the mayor of their village. My mother’s family have all died. Last year, the same tragedy was repeated in Karabagh region, so we decided to not celebrate new year, showing condolences to all the martyred in the war against Azerbaijan and Turkey armies. The Armenians have faced lots of killings on the hands of the Turks and the Ottomans, same as the Kurds. I hope that peace and safety are back to the world in this new year”.