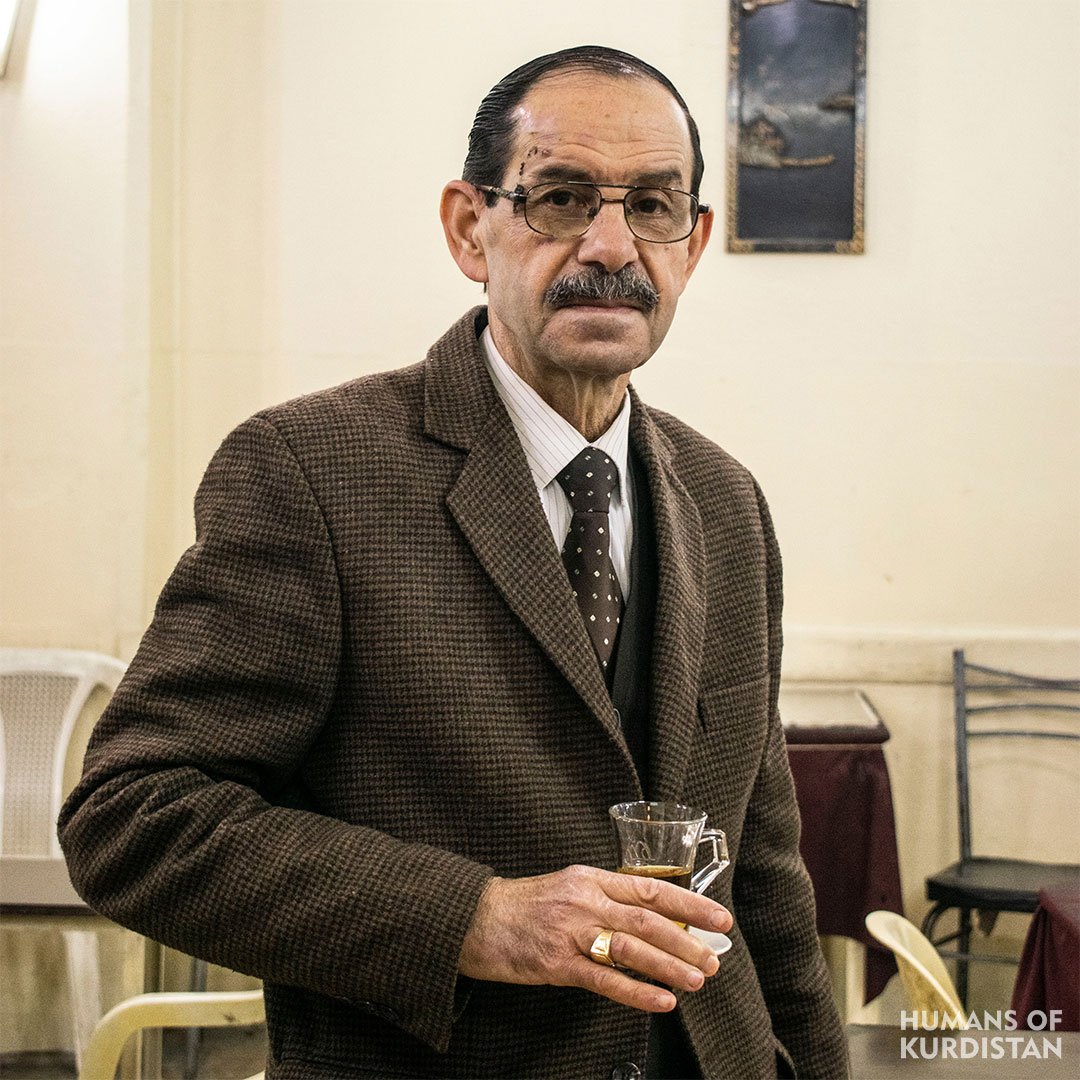 “I used to work at my father’s coffee shop as a kid, after his death, I inherited the shop, and I became the owner of the oldest coffee shop in Qamishli. My father had made his coffee shop a place for people to come to solutions when they had conflicts. We were also the first to bring black and white TV to the shop. My father has built the place in 1925 when the French were here. Back then, military men went to the place often. Jalal Talabani has also visited here, as well as Saddam Hussein, and that had created a lot of buzz in the city. The place has stayed the same until now, and most people who come here are senior people, they come here to rest and feel nostalgic. I’m very happy that I have been working here ever since I was a child. I have inherited it from my father, and I will leave it to my kids”.