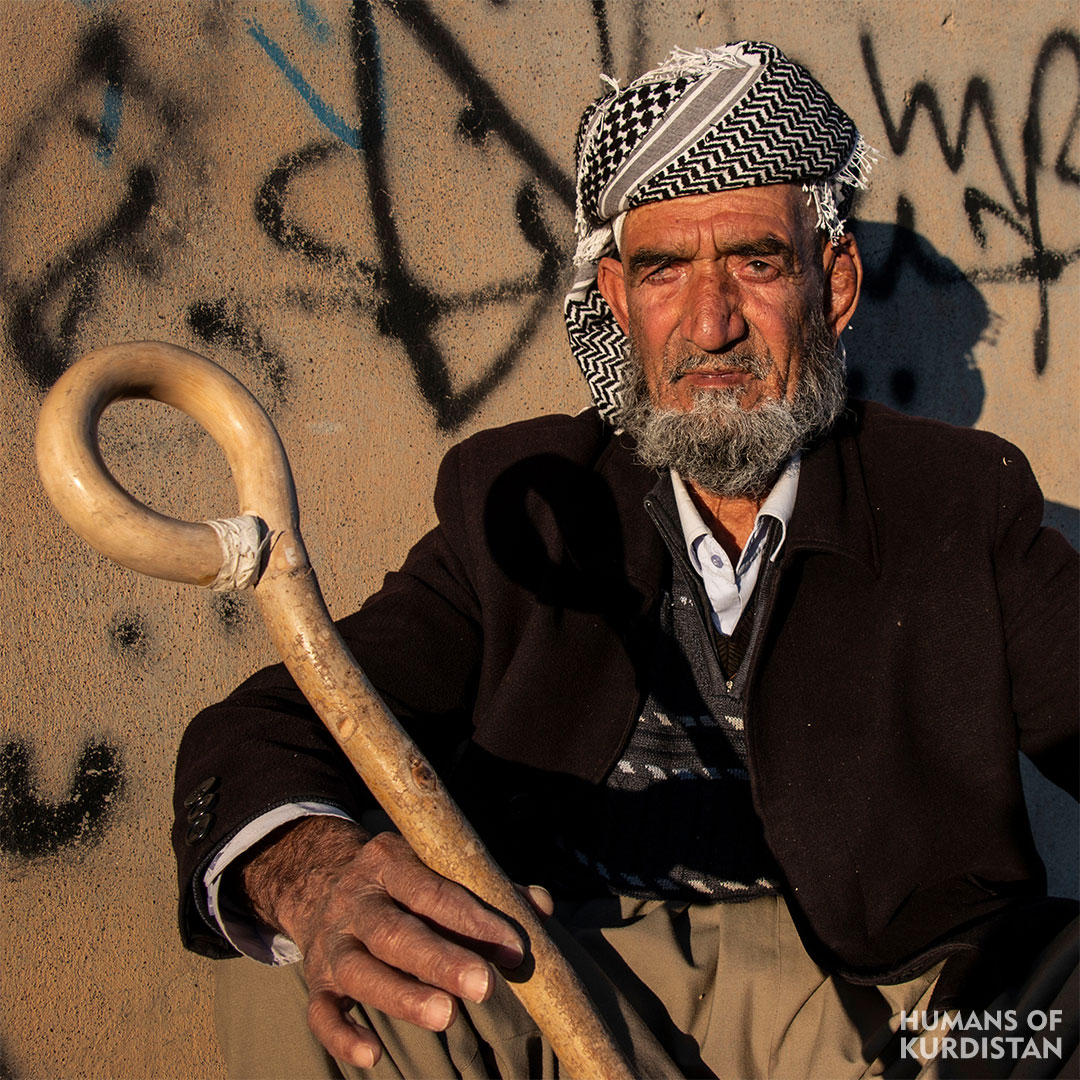 “My father was alone, and my two brothers were small and couldn’t work, I was the only one who could work with him. I left school when I was in fifth grade and started working as a laborer. I first started working in Mousel’s bazaar transferring things for 10 fills per day. In 1964, when Abdulkarim Qasim was the president of Iraq I started working in Mousel’s sugar factory. I was the only one able to carry three 100kg bags of sugar at once in that factory. One day, a man from Gayara of Mousel challenged us to carry three 100kg bags of sugar for a reward. Despite being the youngest one, I said I could, too. The Arab man laughed at me, and said that if I could carry the bags to his car, he would invite all of the laborer’s to lunch, and if I couldn’t do it, I would have to pay for their lunch. I completed the challenge. Back then, my father used to make 6 dinars per month, and mine was 16 dinars. I’m 80 years now and I have visited God’s house five years so far, and I feel very healthy”.