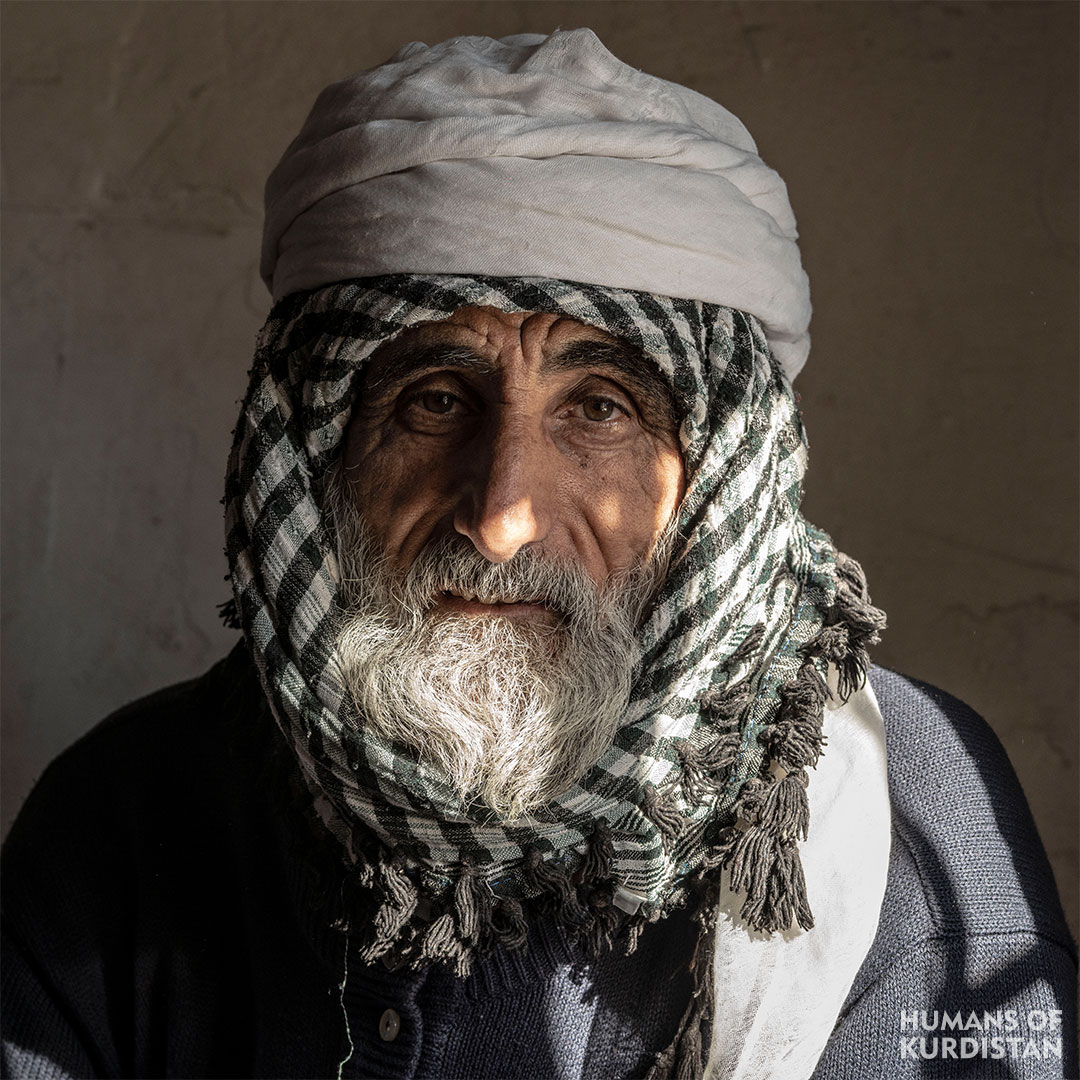 “During the 80s when Peshmarga forces were active in the mountains and the cities, there was a volunteer force in Garmian called Pshtiwani force. Wherever help was needed, they were there. I also felt I had a responsibility then, so I bought a weapon and joined that force, and after a while I became the commander of a team consisting of 10 people. Then after the revolution, no one even said thank you to us. As far as I could, I was able to make a living for myself doing construction work, and being a shepherd. Unfortunately, I now cannot get out of the house much, I have become very weak and I don’t like going out. I don’t even like going into crowds of people. I don’t even go to funerals in our village. Cities, streets, and events have no meaning to me anymore. The only thing that I have hope for is going to the house of God, I always dream that I will one day get there”.