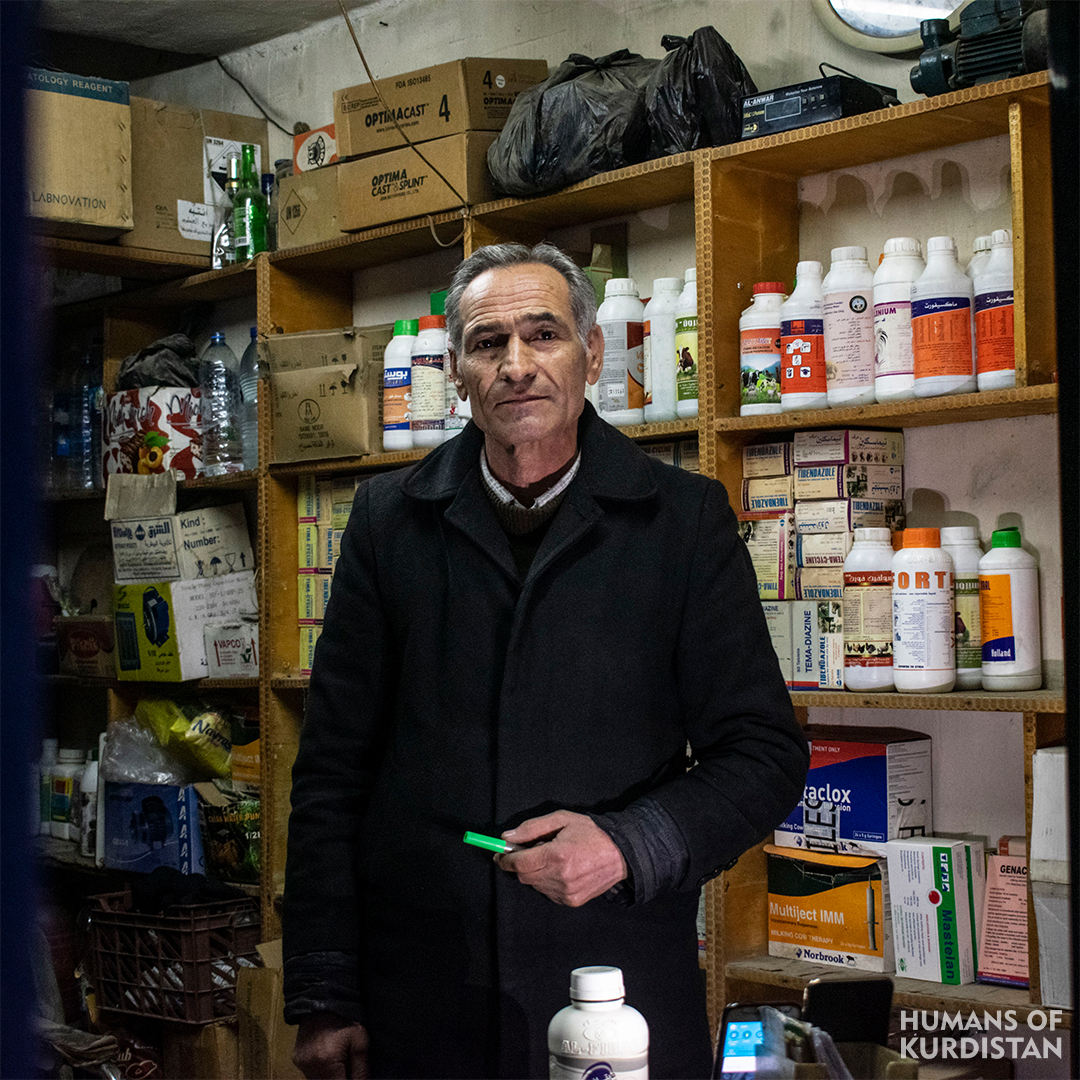 “I was a shepherd as a kid. Because I was living in a village, I was taking care of my animals, and I decided to become a veterinarian to save animals’ lives and treat them. I went to Al Baath university in Hamaa city, and was able to graduate in 1988. In 2003, the government decided to open a syndicate for veterinarians for the first time. My friends suggested that I become the manager, and I won in the elections. However, I refused to become the manager, I told them that I didn’t want to only sit behind a desk, but I want to help less fortunate people who rely on their animals to make a living. About 28 years ago, I opened a pharmacy special for animals. I believe that being a veterinarian is much more difficult than being a humans’ doctor because humans can explain what’s wrong with them if they are sick, but animals cannot express themselves. What I do is a humanitarian work, whenever I treat an animal and save their lives, I believe like the world is mine”.