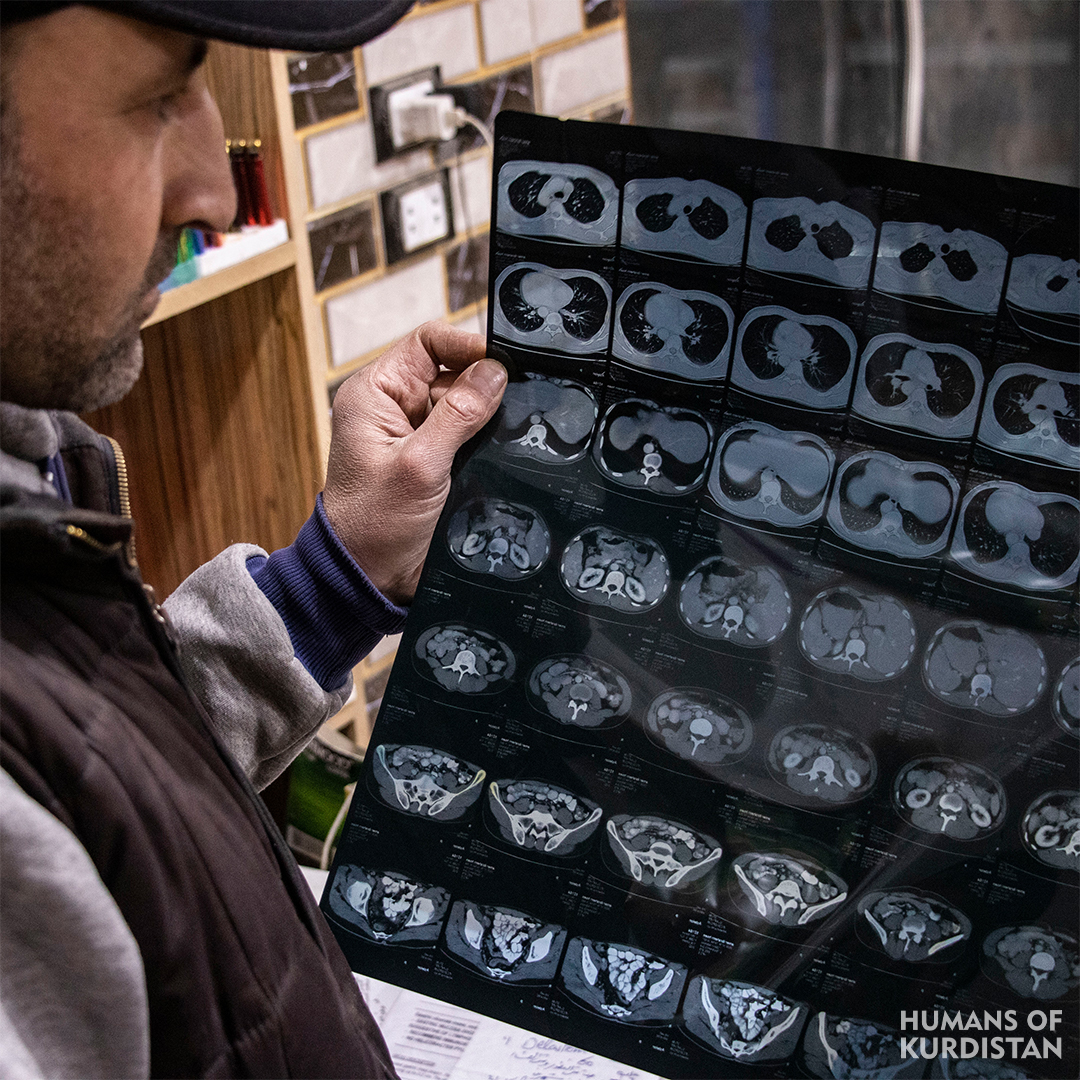 “A year ago, one day I had a stomach ache, I went to the doctor and he told me that I had kidney stone. He prescribed medicine for me, but it was useless. I visited other doctors but none of them could help me, I took so much medicine and still didn’t feel any better. I finally visited another doctor, he said that he’d take a sample of my tissue or cells for examination. I was very scared because usually these examinations are done in case of having cancer. After 10 days I was diagnosed with gastric cancer. I took 6 chemotherapy sessions. After the third session, they wanted to examine me again”.

“It turned out that I had become better and the tumor was getting smaller. I reached the fifth chemo session and the pain was unbearable. One evening, I started bleeding and was rushed to the hospital, but they couldn’t do anything due to my pain, they said that my doctor had to come. I reached out to the doctor, but he didn’t come despite how bad my situation was. My cousin took me to Damascus the same day, and when the doctor examined me he told me that I was very stable, and I had never had any cancerous cells, I only had a lump of blood in my stomach. I was very happy when he said that. He prescribed a few medicines for me and I was feeling much better, and I have no pain at all now. When I went back to Hasakah, I decided to file a complaint against my former doctor because he told me I had cancer, and due to his wrong analysis, I had to go through chemotherapy and caused me a lot of pain”.